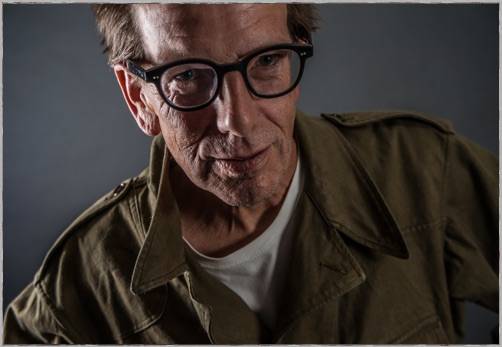 Art Bergmann has just released a video for a new song. “Christo Fascists” is a no-holds-barred attack on the (American) right wing, and features MC5‘s Wayne Kramer on guitar.

The track is the first single from the forthcoming album Late Stage Empire Dementia. Porterhouse Records, out of California, will release the full-length; last year, the label reissued early EPs by Bergmann’s proto-punk group, the Young Canadians. Bergmann’s last album of new material was 2016’s The Apostate.

Kramer performed at the 1968 Democractic Convention, a tumultuous event in American politics. The trial of several anti-war demonstrators, including Abbie Hoffman and Jerry Rubin, is dramatized in Aaron Sorkin‘s The Trial of the Chicago Seven, now on Netflix.

According to Chicago68.com, “The Yippies wanted to bring 100,000 or more young people to Chicago for five days of peace, love, and music called the Festival of Life–to redirect youth culture and music toward political ends… because the city of Chicago refused to grant the Yippies any permits for the festival, only one band (the MC5) showed up and they played for less than an hour to a crowd of a couple thousand. The Festival of Life was over before the business of the Convention got underway.”

As for when we can expect to hear the rest of Late Stage Empire Dementia, Porterhouse’s Steve Kravac says that the album “is in the can.” The label is looking at an early 2021 release date.