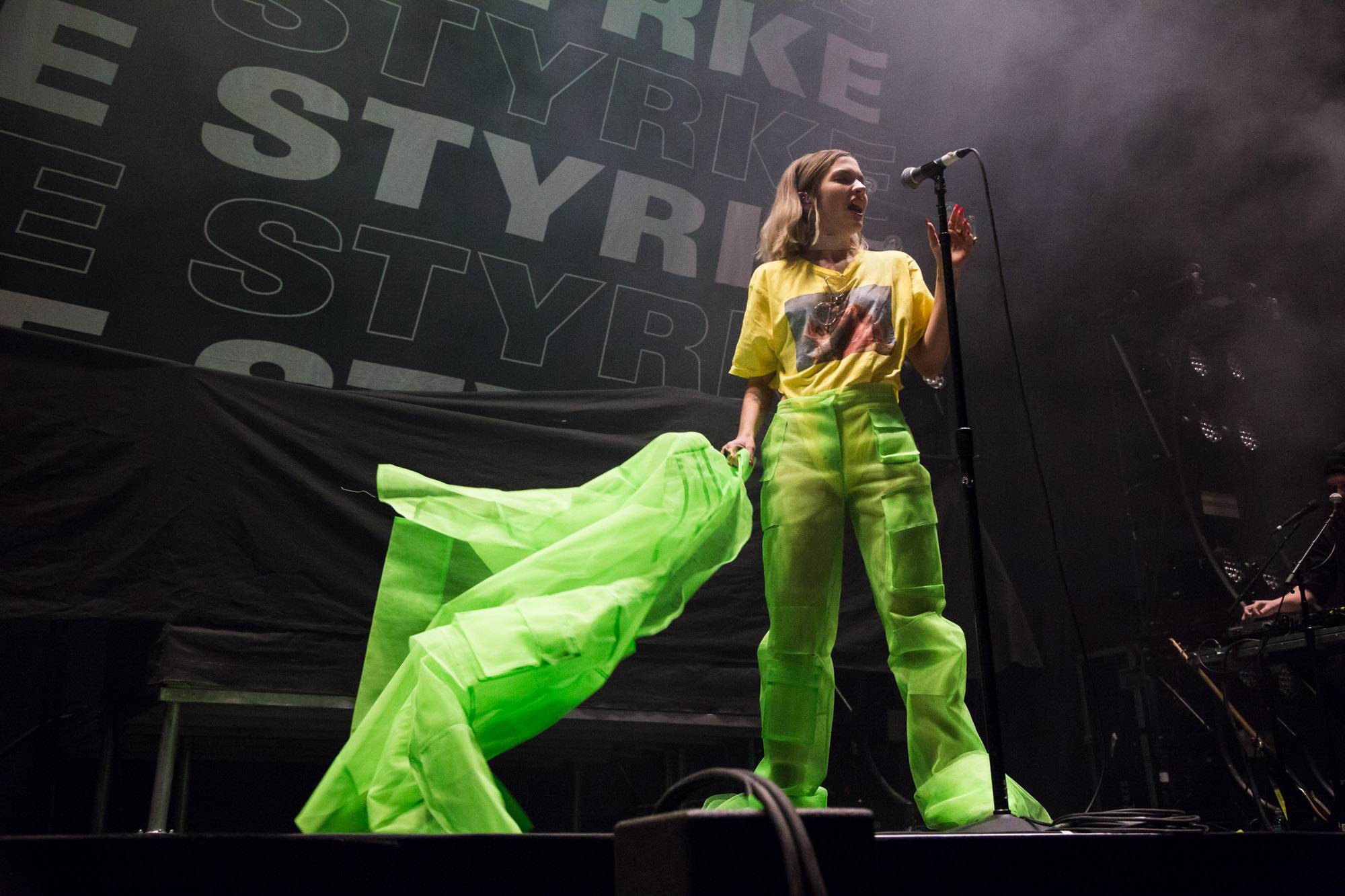 Tove Styrke at Rogers Arena in Vancouver on Thursday night. The 25-year-old Swedish pop singer opened for Run the Jewels and Lorde. (Check out our photos of Lorde at the PNE Amphitheatre in Vancouver September 2017.)

Styrke has released two albums, including Kiddo in 2015. In May, Sony will release her third record, Sway. Singles include “Say My Name.”