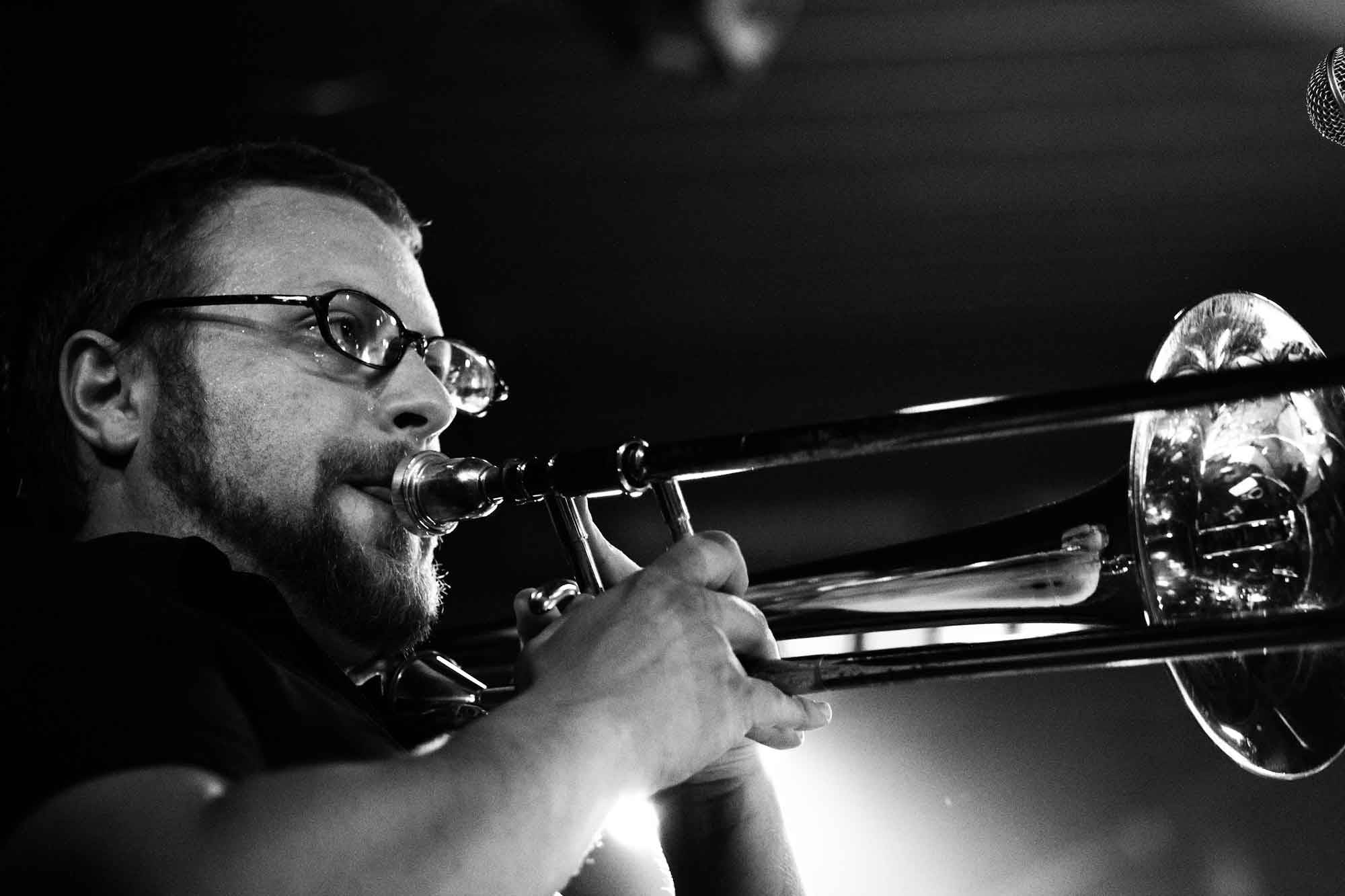 Review and Photos – Polyrhythmics at WISE Hall, Vancouver, May 12 2018

Polyrhythmics unleashed their deadly grooves on Vancouver on Saturday night. Originally slated for February, the show was postponed due to severe snow. The venue was also moved from the Rickshaw downtown to the WISE Hall in East Van.

The Seattle-based nine-piece has been making a name for itself since 2010, by weaving Afrobeat, funk and jazz into hypnotic grooves. Over the course of one EP and two studio albums (plus a live album), the band has showcased their impeccable knack for tracks that would lure even the most rhythmless soul onto the dancefloor. Like modern afrobeat giants Antibalas, the group’s sound has remained mostly faithful to its roots. 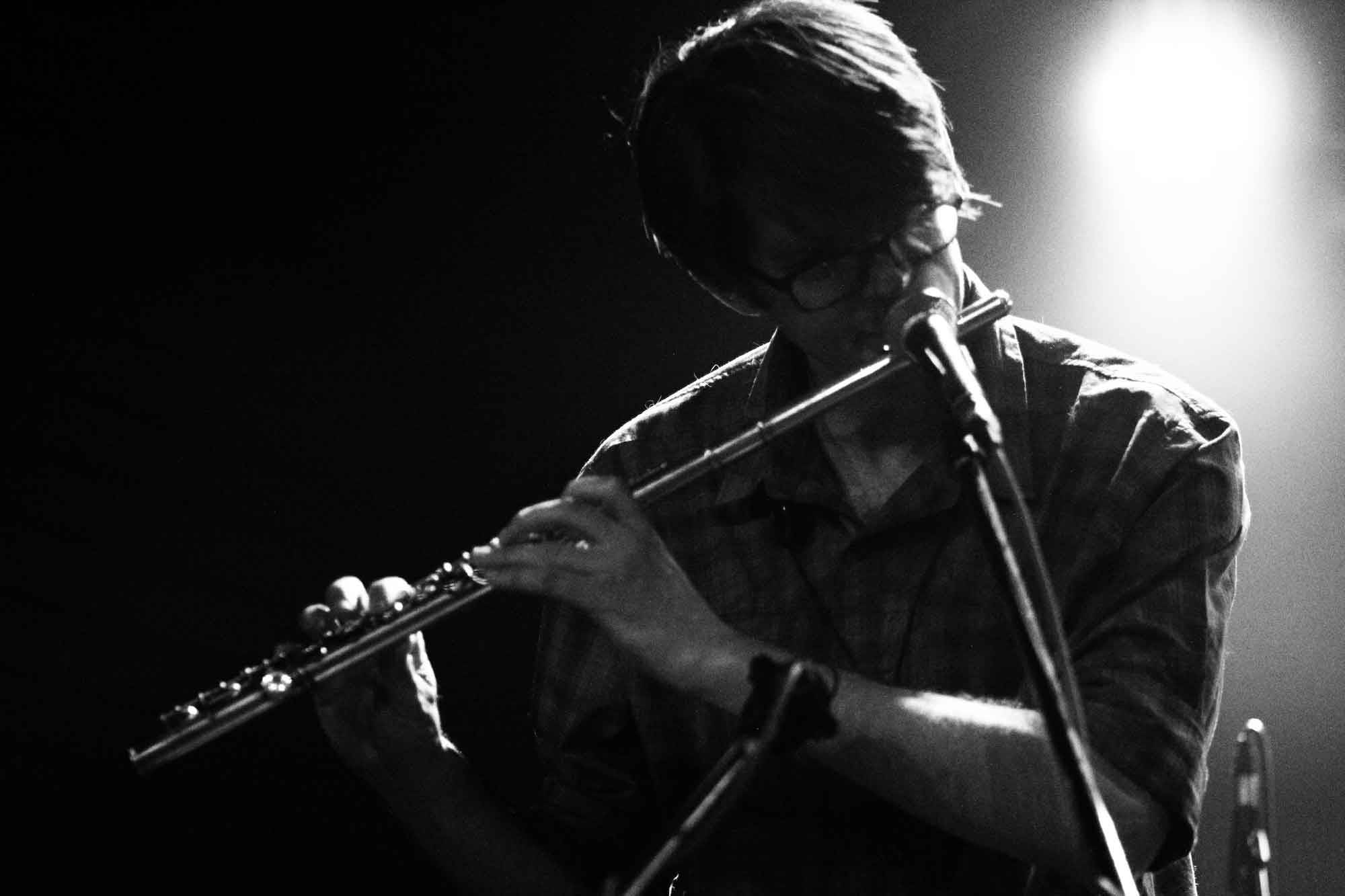 However, their 2017 album Caldera signaled a shift away from tradition. Everything still sounds funky as hell, but there’s a new freedom that shows the band evolving beyond their roots into something new and ferocious. Songs are suites with multiple parts. “Marshmallow Man”s impossibly funky first half morphs into a ferocious swampy stomper. Nine-minute opus “Au Jus” follows a similar trajectory, but ends with a spaced out boom-bap coda reminiscent of Portishead in their heyday. There’s a dash of Heliocentrics‘ cosmic jazz in “Goldie’s Road”, and single “Cactus Blossom” features an arpeggiated riff that would make Dr. Dre proud. Despite casting their net far and wide, Caldera is a consistently solid listen, interesting yet never fussy.

All nine members of the band looked like they were having a blast onstage. Their camaraderie was evident in the many small moments that played out. In an amazing spark of musical telepathy, keyboard player Nathan Spicer played a short glissando during sax/flute player Art Brown’s solo. It was a moment of improvisation meant to accent the solo, but somehow Brown answered with the exact same phrase on his horn right afterward. The hearty smile on Spicer’s face was priceless. It’s the kind of thing that can only happen when you’ve spent hours and hours playing together.

Another jaw-dropping moment featured drummer Grant Schroff and the percussionist (whom I assume is not their usual player Lalo Bello since there is zero resemblance) had the stage to themselves. The two complemented each other’s playing perfectly, each making pockets for the other to play in.

Speaking of chops, it deserves mentioning that each band member is a master of his instrument. Trombonist Elijah Clark and trumpeter Scott Morning rounded out the horn section who doled out licks with a sniper’s precision. Bassist Jason Gray lay down the anchor lines, giving plenty of scaffolding for guitarist Ben Bloom to work his magic on. 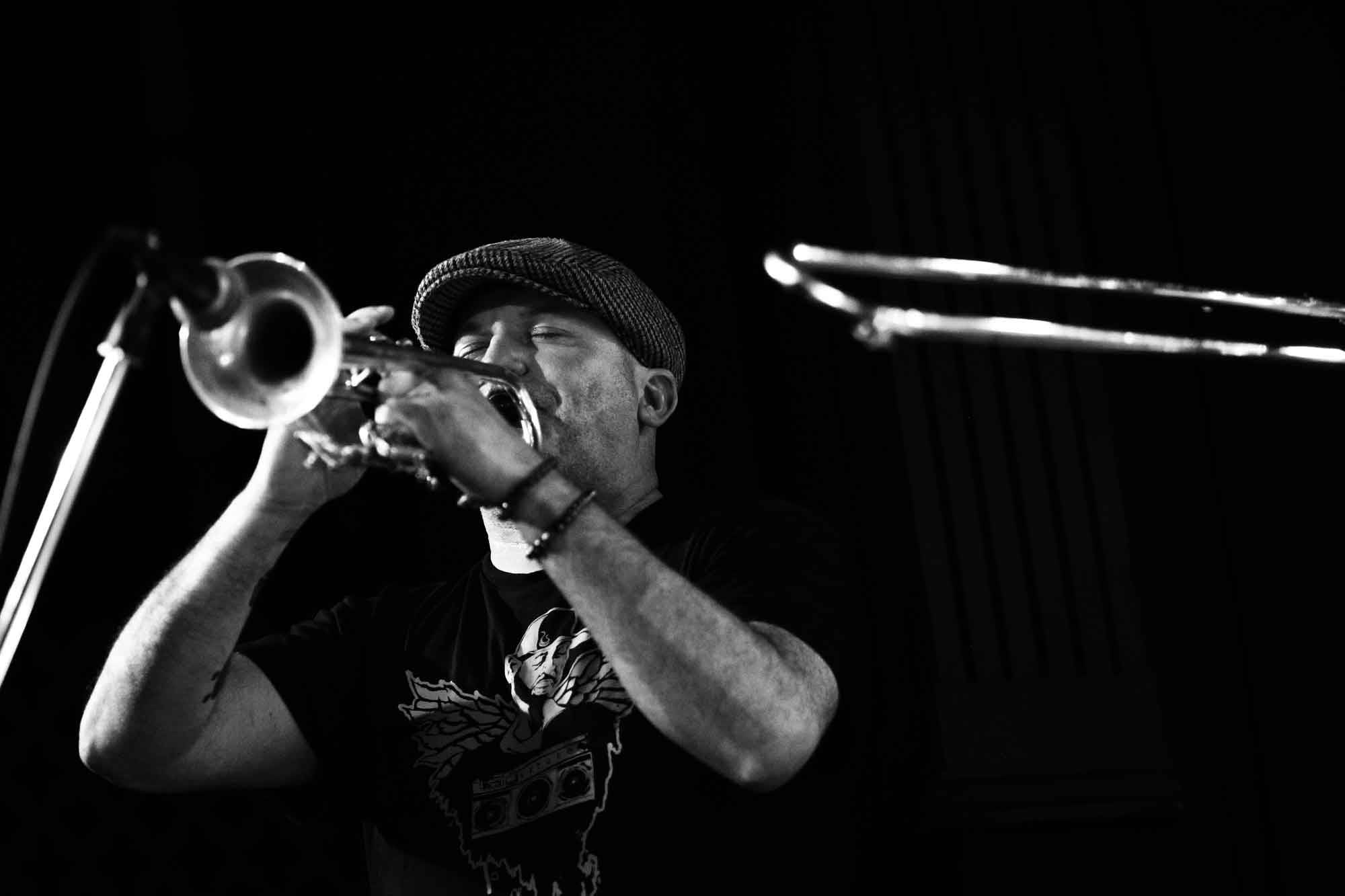 Tears for Fears gets a funk makeover

Their set consisted of mostly cuts from Caldera, although it was good to hear “Pupusa Strut” from their 2013 album Libra Stripes. My personal highlight was a cover of Tears For Fears’ classic “Everybody Wants to Rule the World”. I never thought of the 80s hit as funky, but after hearing it served a la Polyrhythmics I am a convert. Another example of the broader horizons the band has opened up to I guess.

Despite playing for a good 90 minutes, their set felt way too short. My legs felt like jelly but I wanted more. The only consolation is that Vancouver’s proximity to Seattle means that hopefully, they’ll be back soon.

Opening for Polyrhythmics was Coco Jafro. Vancouver-based but boasting members from all over the globe, the septet are purveyors of their own brand of groove that exists at the intersection of funk, soul and acid jazz. Lead singer Karina Morin has a powerful, emotive voice that plays well off guitarist Amine Said‘s North African inflected playing. They started their set while people were still trickling into the venue, but by the time they finished only the old and tired were in their seats. The group is playing a bunch of shows throughout summer 2018 so if you like to get down, check out their schedule.