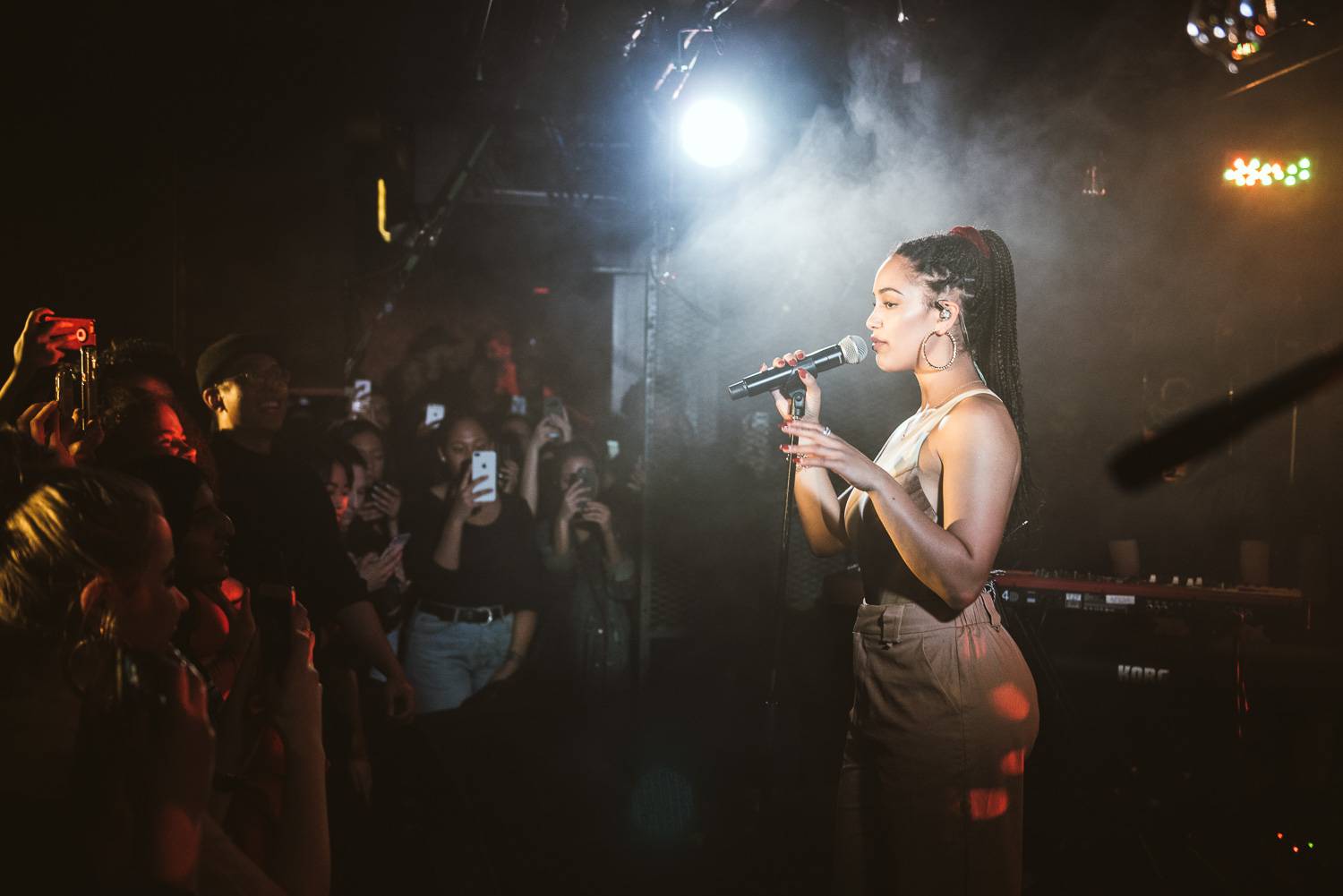 Jorja Smith at the Biltmore Cabaret, Vancouver, on Saturday night. The British singer is on tour for a forthcoming album, Lost & Found. Her previous releases include the 2016 EP Project II.

The 21-year-old singer is from Walsall, West Midlands. She has collaborated with other artists, including Drake (she appeared on two tracks on his 2017 album More Life), Stormzy, and Kali Uchis. She has also worked with a producer called Preditah (“On My Mind”). In 2018, Smith won the Brit Critics’ Choice Award.

Songs on Lost & Found include “Blue Lights”, “Teenage Fantasy”, and “Where Did I Go?” The album is scheduled for release on June 8.