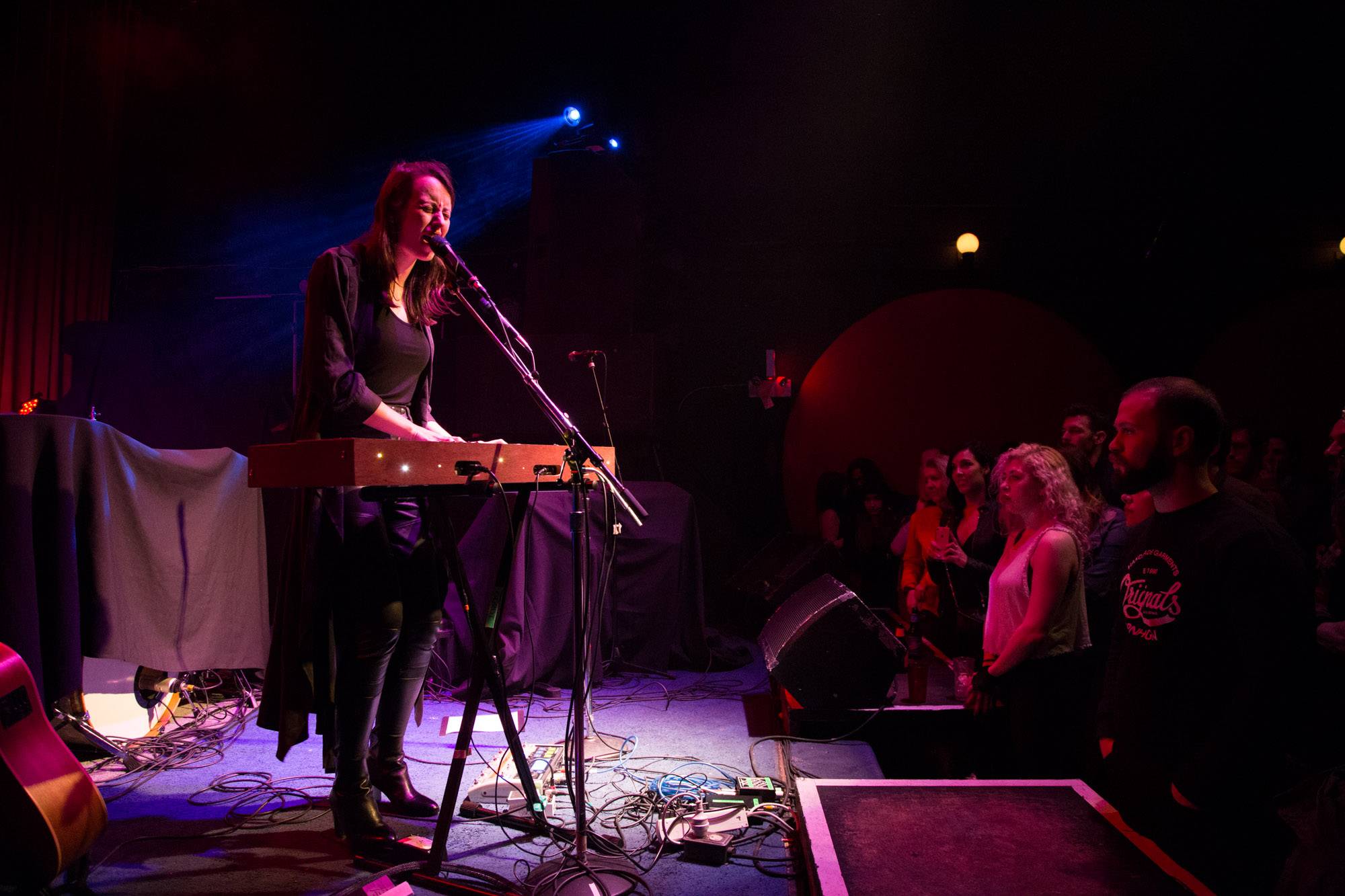 Gordi at the Fox Cabaret, Vancouver, opening for Son Lux.

According to her website bio, “The ramifications of loss ripple throughout the album, which the 24-year-old wrote and recorded in Wisconsin, Reykjavik, Los Angeles, New York and Sydney during snatched moments while finishing a six-year-long medicine degree and international touring commitments. Payten produced two of the tracks herself (‘Heaven I Know’ and ‘I’m Done’), and co-produced the rest alongside Tim Anderson (Solange, Banks, Halsey), Ben McCarthy, Ali Chant (Perfume Genius, PJ Harvey) and Alex Somers (Sigur Ros).”

Said Paste, “There’s a lot of clashes and flourishes that ground Reservoir in contemporary, radio-friendly songs while keeping it away from well-worn pop tropes… Songs like ‘Can We Work It Out,’ ‘All the Light We Cannot See’ and ‘On My Side’ incorporate natural acoustic flourishes and big percussive splashes reminiscent of that ‘80s, big, Phil Collins sound.”