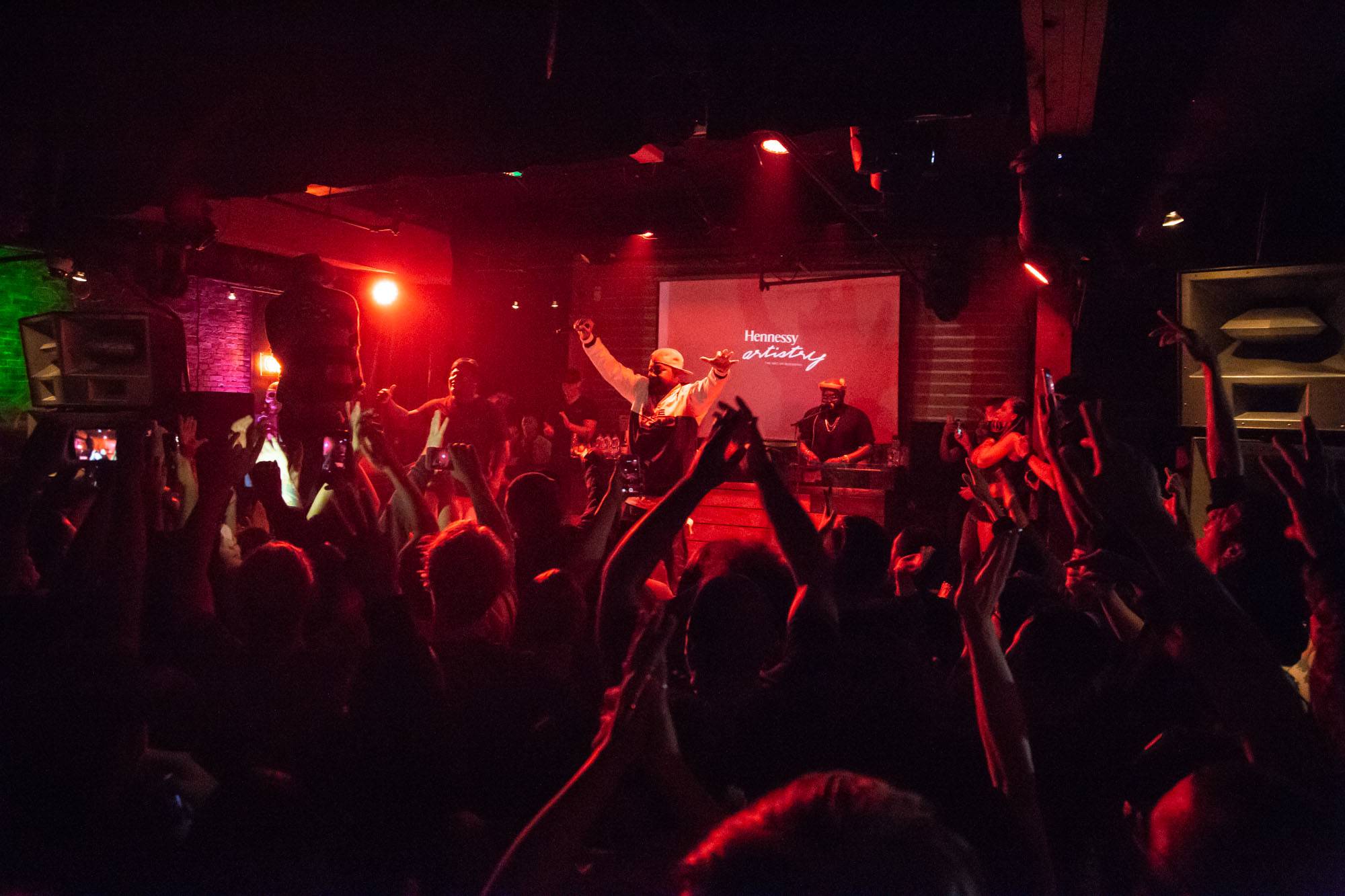 Twenty-five years have passed since the Wu-Tang Clan dropped their seminal debut Enter the Wu-Tang (36 Chambers). Despite all the infighting and drama that came in the ensuing years, last night at Fortune Sound Club proved that the spirit of the Wu is still alive and kicking. Ghostface Killah lit up the venue with an (ahem) killer performance that proved the hip-hop legend still has what it takes to light up a venue.

Technician the DJ warmed up the crowd with a lightning fast medley of hip-hop classics from the Pharcyde, Tupac Shakur, Luniz, Pharoahe Monch, and many others. Even though the tracks flew by in a flurry of twenty-second snippets, each one was met with a cheer.

Then, suddenly, Ghostface was onstage and the party was on. Accompanied by longtime Wu affiliate Killah Priest and Technician on the decks, Ghostface entertained us for a good hour-and-a-half as only a veteran MC can.

Continuing with Technician the DJ’s kitchen sink approach, the evening was packed full of so many classics that it’s difficult to recall them all. Ghostface didn’t seem too interested in sticking to his solo material, instead performing classic Wu tracks like “C.R.E.A.M” alongside A Tribe Called Quest’s “Bonita Applebaum”, Mobb Deep’s “An Eye For An Eye”, and Lauryn Hill’s “Killing Me Softly”. He also paid tribute to Ol’ Dirty Bastard (a Wu member who passed away in 2004) with a raucous cover of “Shimmy Shimmy Ya” and “Got Your Money”.

The highlight of the evening was “Protect Ya Neck”, the Wu-Tang Clan’s 1992 debut single that put the group on the map. Before the song, Ghostface asked the audience who had been with him since day one. The audience greeted him with cheers, but he took it one step further by asking for two crowd members to come up and perform Method Man and Ol’ Dirty Bastard’s verses.

Several people immediately went on-stage, but were quickly cast aside as it became clear they weren’t up to the task. As this was happening, several dedicated old school fans were pushing their way to the front, hand raised, eager for a chance to share the stage with a legend. Eventually two people were picked, but Ghostface still wasn’t ready. He told us that if either of the two guys messed up to boo them off stage, but if they nailed their verses to show them as much love as possible. Lucky for them, both of the guys absolutely killed their parts, especially the one guy in a full Freddie Kruger outfit who was ODB incarnate for two glorious minutes.

Detroit rapper Lazarus came onstage mid-set to perform his new track “Decapitation Chamber.” A cool slab of left-field hip-hop, the track features a guest spot from Ghostface. Unfortunately, it didn’t quite fit into the vibe of the evening and felt out of place.

The evening concluded with Ghostface introducing us to his favorite food truck lady who has been feeding his crew since they first started coming to Vancouver. As Bob Marley’s “Is This Love” played out, he wrapped his arm around her and urged us to support her whenever we can. It was a fitting end to the evening, reminding us that even through all the street shit, Wu-Tang is about unity and family. Like diamonds, Wu-Tang is forever.