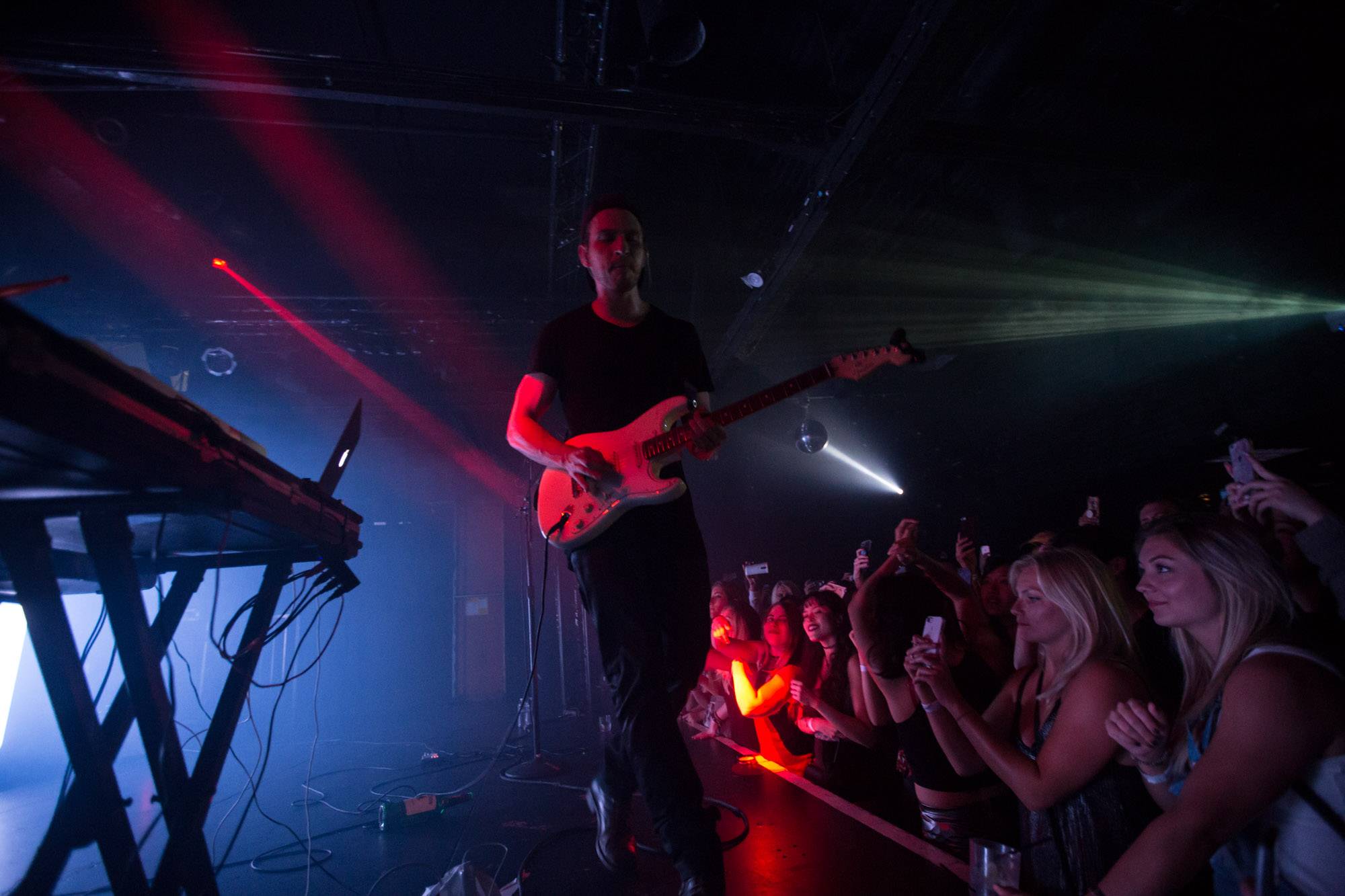 Two Feet playing a sold-out show at the Echoplex in Los Angeles. The New York-based group is on its first West Coast headlining tour. Stops include Fortune Sound Club in Vancouver Sunday, Aug 13. Snipe photog Kirk Chantraine gained all-access, so was able to shoot the band backstage as well.

The project is the produce of multi-instrumentalist/producer who goes only by the name of “Bill”, according to this story on the Bonnaroo website. The Harlem-based musician released his debut EP, First Steps, on his SoundCloud page in 2016. It includes the breakthrough track “Go Fuck Yourself”, which quickly gained over eight million plays.

The track caught the interest of YouTube channel Majestic Casual, which showcases electronic music. The label then signed Two Feet and issued the latest EP, Momentum. In 2017, Two Feet played festivals SXSW, Lightning in a Bottle, and Austin City Limits.