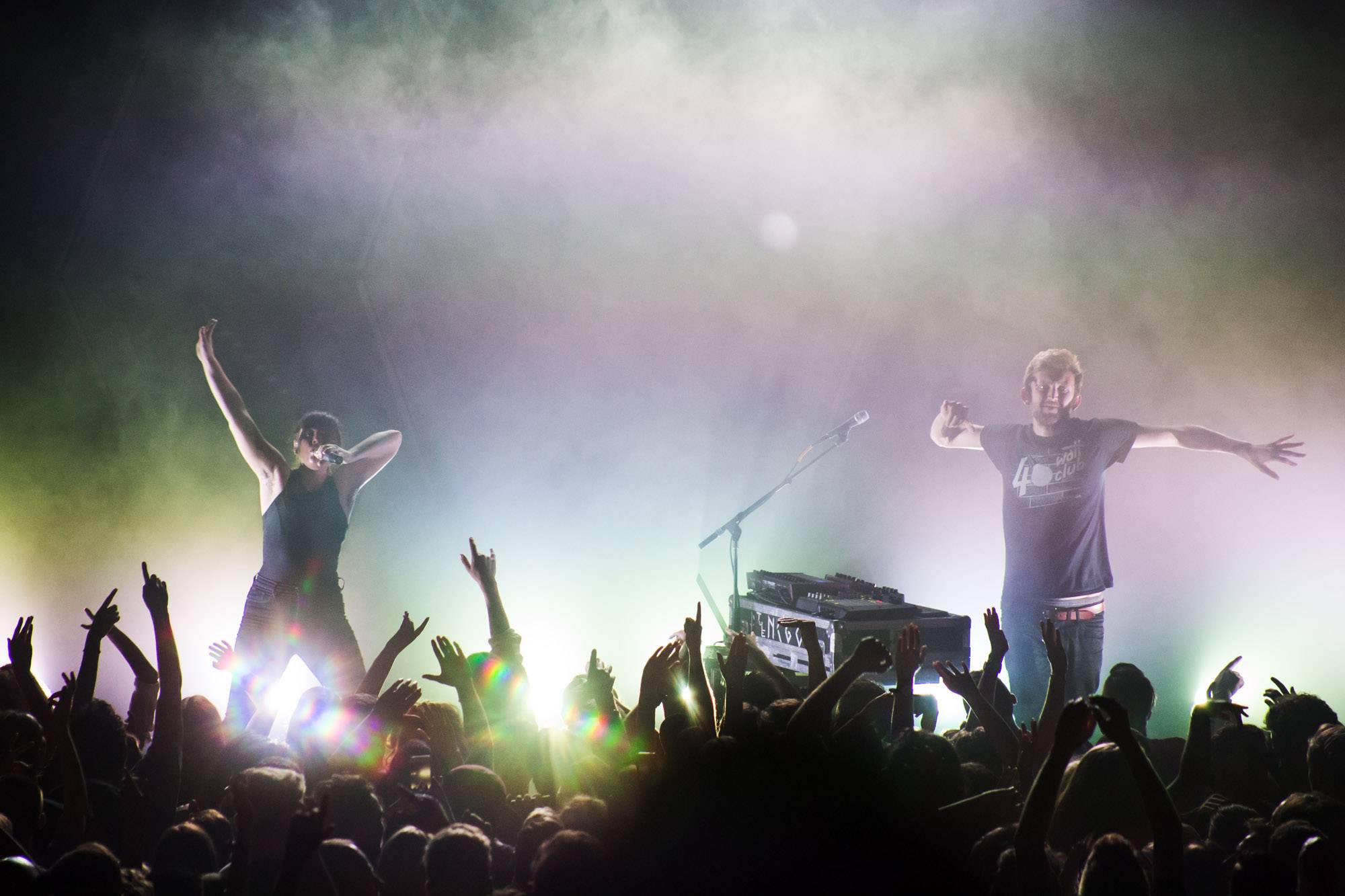 Sylvan Esso at the Commodore Ballroom, Vancouver, Tuesday night. The show was sold-out. The duo is on tour for their second album, What Now. It follows their hugely successful 2014 self-titled debut.

When asked about the pressure of following up a well-received debut, Sanborn told the Vancouver Sun: “That’s the interesting thing. One half of you is like, Oh shit, we have to do a follow-up. And the other half is, Awesome, we get to do a follow-up. There are these two halves of yourself arguing with each other; one part is telling you it’s fantastic, it’s all you ever wanted to do. The other half is saying that was a fluke, you’re worthless any anxiety-ridden thing your mind would tell you in the middle of the night. We were trying to figure out a way to keep this going and honour the trust our fans had placed in us.”

In the spring, they also released several videos of a full-band performance of several songs from the new album. The called these videos the Echo Mountain Sessions Visual EP. (The EP was named after the North Carolina studio where the group played the sessions.) The band included close friends and collaborators, including members of Mountain Man, Wye Oak, The Dead Tongues, The Mountain Goats and Megafaun.