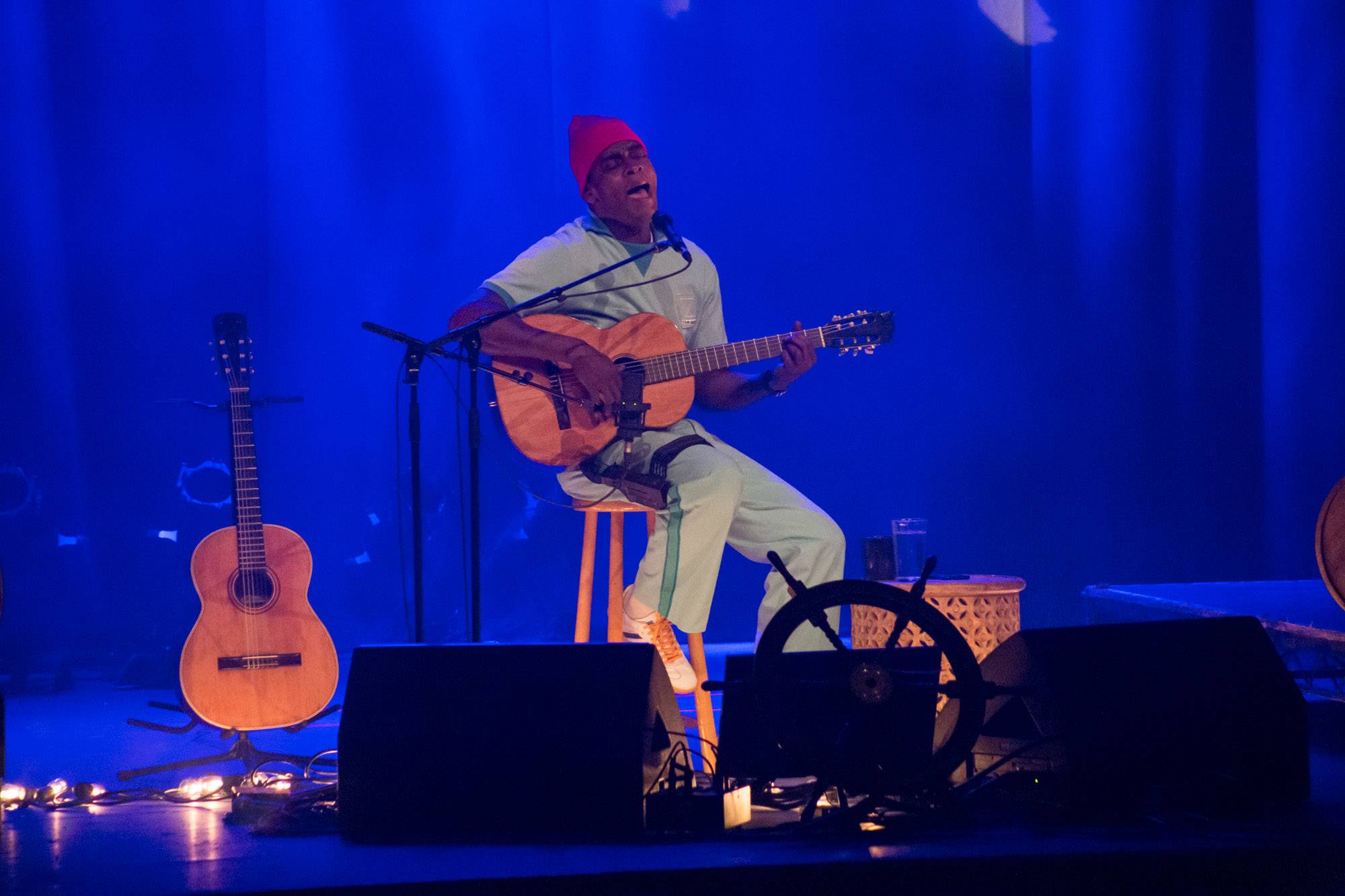 Simplicity at its best: one man, one guitar, and the spirit of David Bowie. With that, Seu Jorge helped kick off the Vancouver International Jazz Festival at the Orpheum Theatre on Thursday night.

To most Brazilians, Seu Jorge is known for helping revive samba pop. Live shows back home feature his band. They’re not intimate, but wild–a place for letting grooves and rhythms take over, for letting the music take control.

Thursday night’s show was the opposite. Jorge’s popularity in North America stems from his small but significant acting role as PelĂ© dos Santos in Wes Anderson’s The Life Aquatic, as well as the 14 David Bowie covers he arranged and sung throughout the 2004 film in his native Portuguese. As much as the billing for the June 22 show reads A tribute to David Bowie, in truth, it was a tribute to the movie. Jorge even dressed for the part in the full Team Zissou outfit: red toque, blue shirt and pants. Hell, he even has the rare Team Zissou Adidas shoes made exclusively for the film (and never officially released).

Seu opened the show with “Ziggy Stardust”, loudly striking chords on the only instrument he’s brought with him, a classical guitar, no pick needed. Bowie’s lightning bolt painted face projected against the back wall, its imagery as powerful as Seu’s voice. 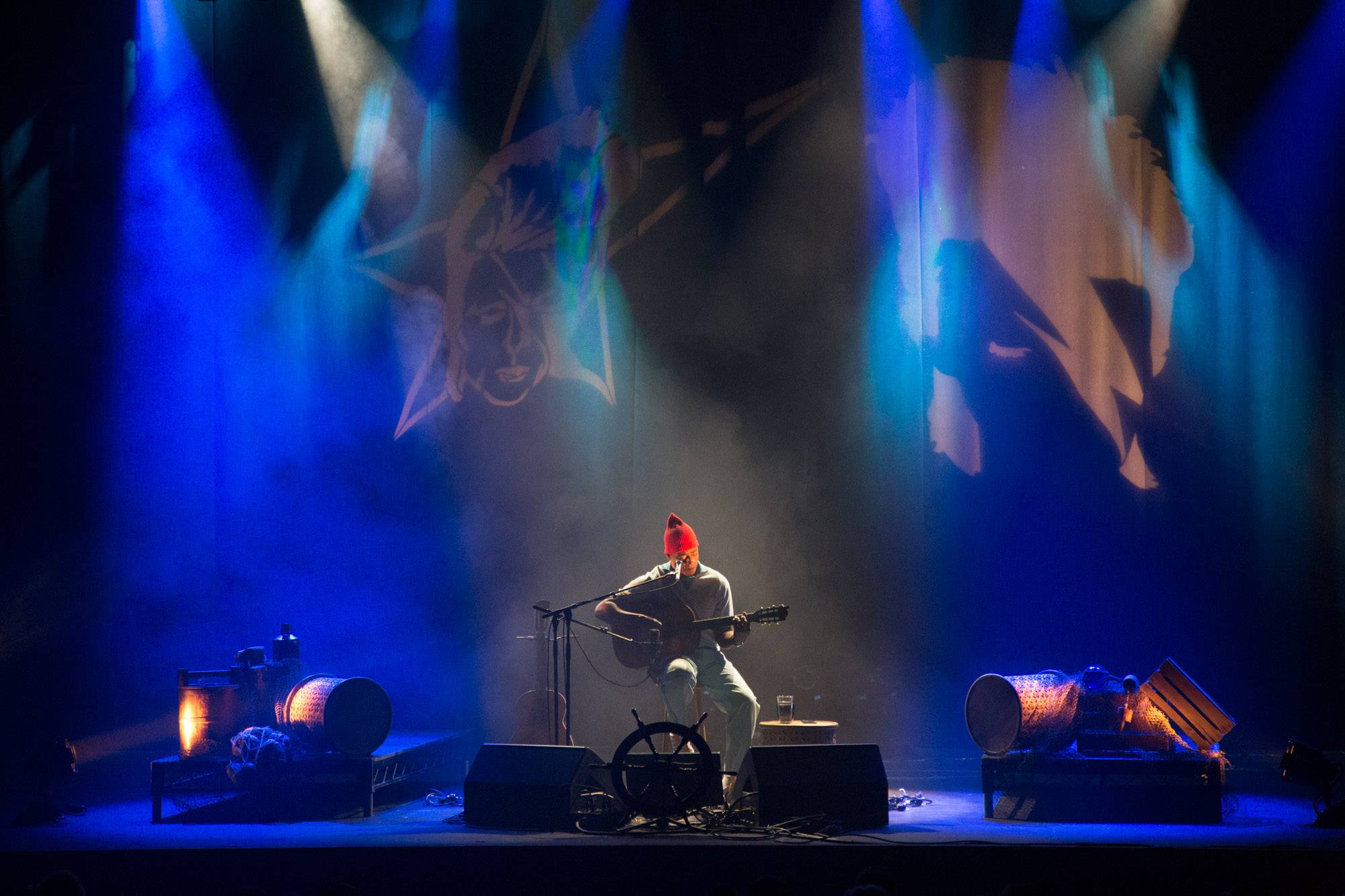 It’s the banter between songs that provided the real flavour of the night. Seu talked about growing up in the favelas of Rio, of never listening to rock ‘n’ roll, let alone Bowie songs (aside from “Let’s Dance”). How he got his iconic role, the difficulties of having to learn and play these classic songs without knowing English. His stories of working on set were fascinating and impressive.

He played “Rebel Rebel” after describing how Anderson asked him to learn it with 15 minutes’ notice prior to filming. His arrangement in a soft bossa nova style is a stark contrast from the hard rock sound of the original. It’s hard to understand how the striking difference between the two versions is the very thing that connects them, or how someone could turn around something so unique and original in such a short amount of time.

The way Seu plays these classic David Bowie songs bridge the line between old and new. I know all the words to the songs (I’m trying my best not to sing the original English lyrics out loud during the show). These versions aren’t the familiar though; they’re a blend of comfort with the unknown. When sung in Portuguese played only with a classical guitar, the songs take on a new unique life. Seu’s version of “Space Oddity” is hauntingly beautiful sung in his baritone voice. With his voice filling the entire room, bathed in darkness except for star point lighting shining on him, this is one of those rare moments in life when your hair stands on end. It may be Bowie’s most recognizable song, but for one night, here and now, it belongs to Seu.

The setlist included a powerful “Five Years”, with Jorge’s voice holding still in the air. He sang “Life on Mars?”, which he dedicated it to his late father, from the heart, and “Lady Stardust”, a song that he included for the film after meeting Cate Blanchett. Every song on the album will be heard tonight, there’s no room for filler. 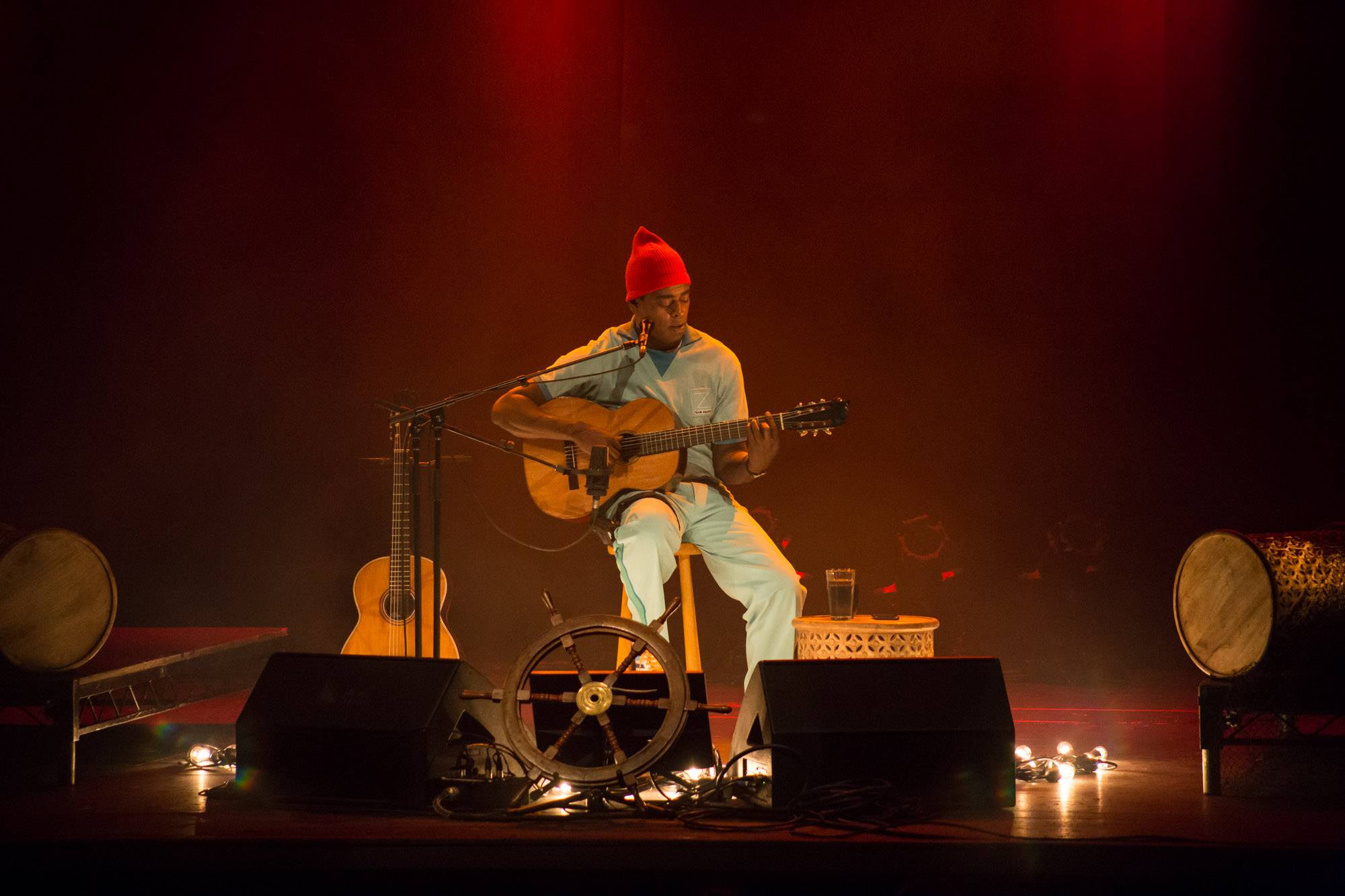 He played a truly amazing version of “Rock N’ Roll Suicide”. Opening slowly and melodically, his voice so deep it’s on the verge of whispers, he builds. Whispers turn to singing, singing turns to borderline yelling and fervor. You can hear the passion in his voice, warmth from his strings. His voice hits the highs, and just like the song’s lyrics, it’s “wonderful”. In a final (but fitting) nod to The Life Aquatic, his last song of the night is “Queen Bitch”, the same song he plays while the credits of the film roll. As Jorge thanked the crowd, the original version played as the audience filed out of the venue. So simple, it fit beautifully with the night’s theme.

Bowie himself said of Jorge’s interpretations: “Had Seu Jorge not recorded my songs in Portuguese I would never have heard this new level of beauty which he has imbued them with.”

On Thursday night, I understood what he meant.