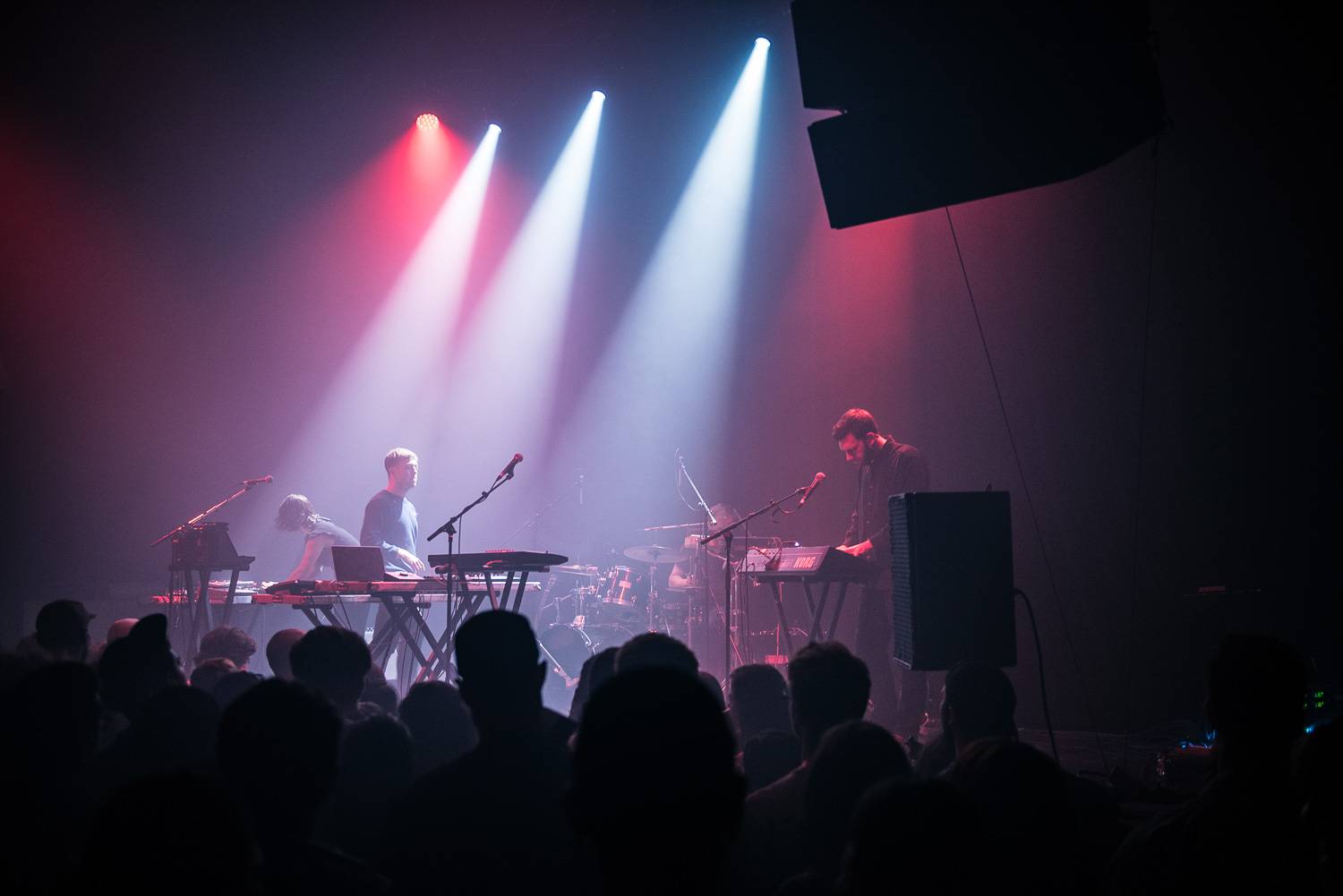 Mount Kimbie is a duo from the UK consisting of Kai Campos and Dom Maker. They rolled through Vancouver last night, playing at the Imperial. Their music defies easy categorisation, flirting with dubstep, ambient, hiphop, with a touch of Four Tet, the xx and Burial thrown in there. The media had no idea how to describe it so they came up with “post-dubstep” (yick), but really the only way to “get” it is to listen and make up your own mind. The disparate elements that comprise their tracks – a found sound, a guitar twang, chopped up vocals – are glued together with off-kilter beats that wriggle and writhe, yet somehow form a cohesive whole. Its a kind of magic, one that has won them many fans including Giles Peterson, James Blake and Squarepusher. They are signed to Warp records.

The duo padded out to a quartet on stage, adding an extra singer/keyboard player and a drummer. They played a ton of new material which probably means that a new album is imminent – an exciting prospect give that their last full length Cold Spring Fault Less Youth was released back in 2013. There was a straightforward, almost motorik vibe to the new songs, perhaps signaling a new direction for the group. One of the tracks, introduced by Campos as “Marylin”, sounded almost like an extended Stereolab jam. Its going to be exciting to see how all these new tracks shake out in the studio.

One of my favourite things is when bands perform songs with a new spin, and on that count Mount Kimbie did not disappoint. My favourite was the workout they gave “Home Recording”, which is already a stellar song on record. Starting with some retro synth washes, they smudged those into the more familiar parts of the song before introducing a feathery 4/4 beat groove out on. “Before I Move Off” received similar treatment – I didn’t even recognise the track until they were halfway through it and I’ve heard it a million times.

The crowd reflected their eclectic sound. Hipsters, bohemians and even a smattering of EDM bros were all spotted swaying to the beats. Campos half joked that their last few gigs had been in Sacramento, California and Boise, Idaho where they played tiny venues with ten to fifteen people, so I imagine it must have been nice to be in front of a larger and receptive audience.