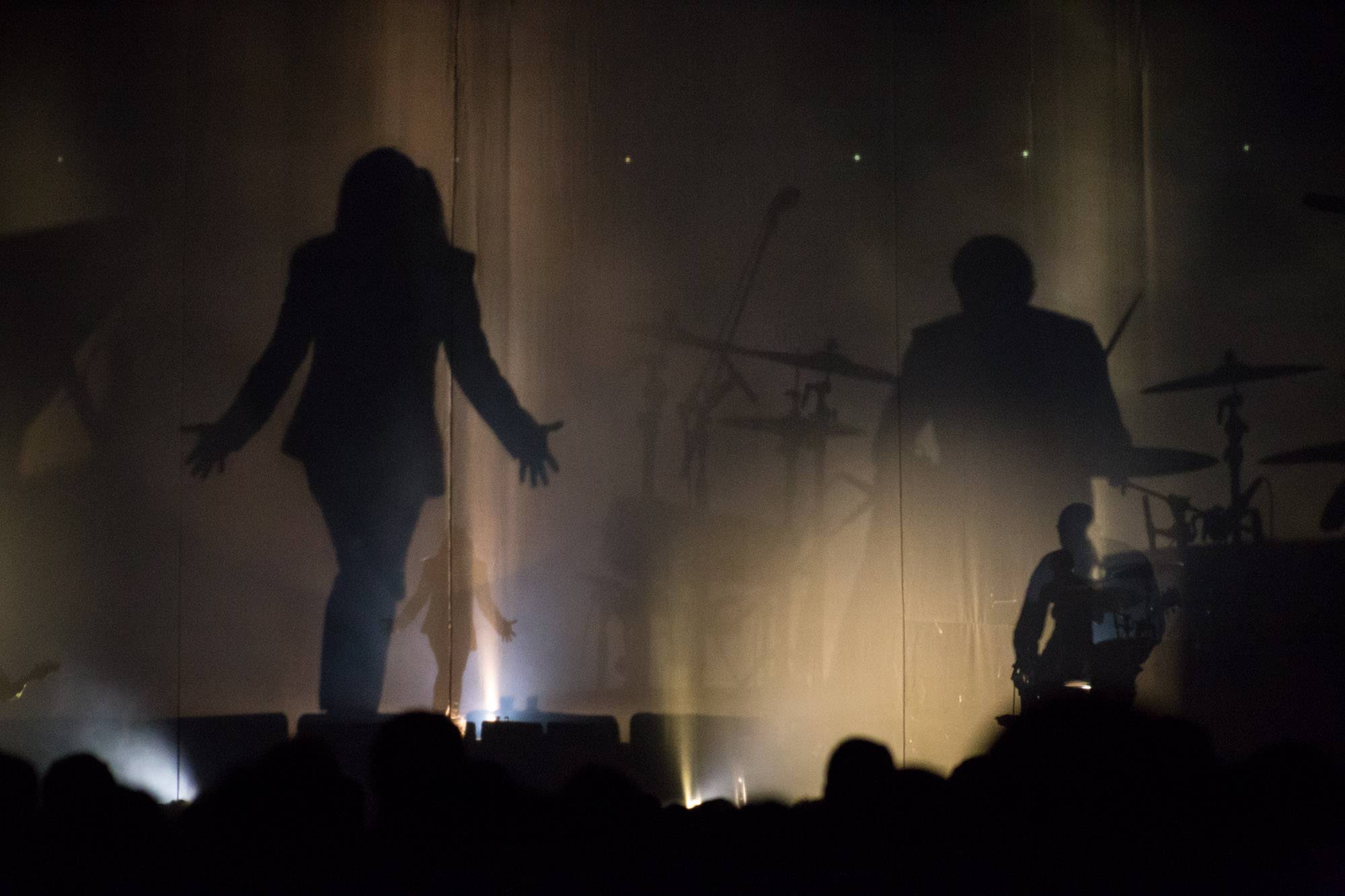 Photos – A Perfect Circle at the Pacific Coliseum, Vancouver, Nov 30 2017

The band has released two albums of original material. The most recent was Thirteenth Step, in 2003. According to a review of the Vancouver show in a local weekly, tracks from those three albums comprised most of the setlist. The set also included a new song, “The Doomed”, and a version of John Lennon‘s “Imagine”. The latter was included on the 2004 covers album Emotive.

According to Wiki, the band went on hiatus shortly after the release of Emotive. Keenan returned to his regular gig with Tool and with another band, Puscifer. Howerdel released a solo album, Keep Telling Myself It’s Alright, under the moniker Ashes Divide. McJunkins and Freidle also contribute to Puscifer and Ashes Divide.

The band reformed in 2010, and played live shows on and off between 2010 and 2013. They again became inactive after the release of a greatest hits album, Three Sixty, and a live album box set, A Perfect Circle Live: Featuring Stone and Echo in late 2013.

However, in 2017, the band returned to touring. They also announced plans to record and release a fourth studio album in 2018. “The Doomed”, a single from that album, became available in October.