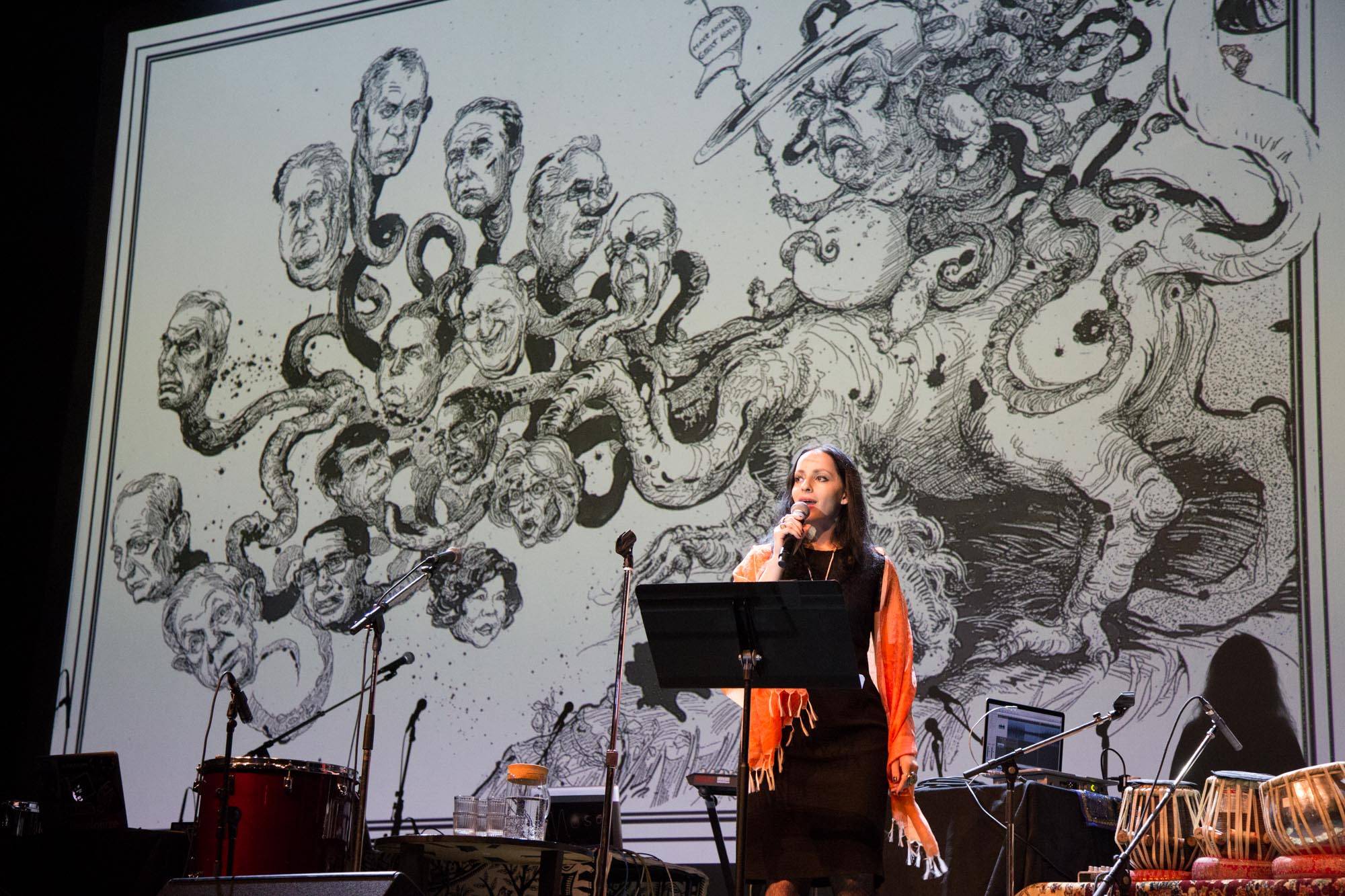 The 7th annual Indian Summer Festival concluded with a speakers series called 5×15 last night at the Vogue. The series began in London and has since spread worldwide to Milan, New York and Vancouver. The format is simple – five luminaries speak for fifteen minutes each. The theme of this year’s festival was Tales of War and Peace – a timely subject if there ever was one – and each speaker dealt with the topic from a variety of angles. 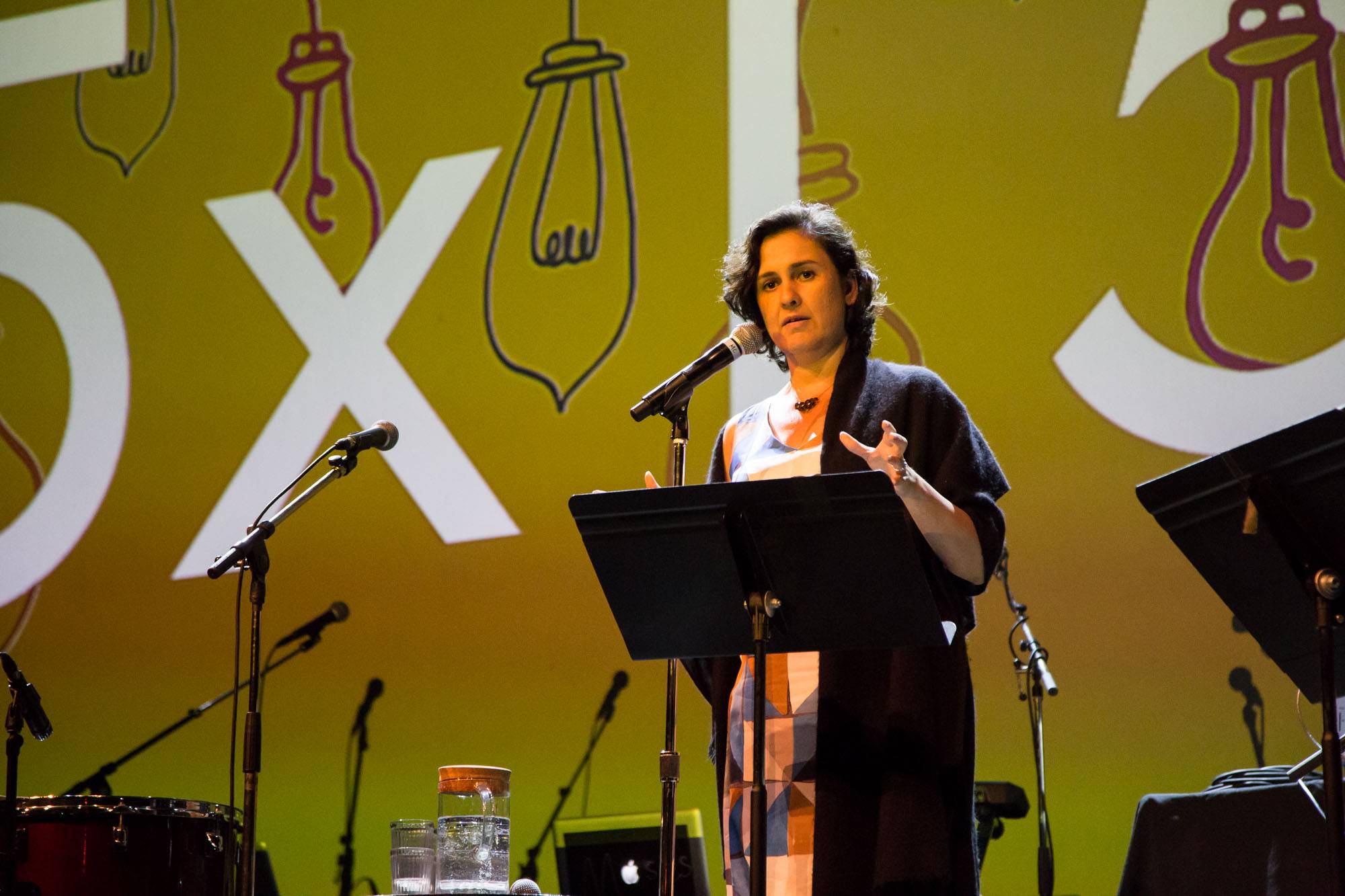 Kamila Shamsie, an Pakistani-born, London-based award winning author, spoke about Shakespeare, and how his plays were originally the crown jewel of the East India Company’s cultural propaganda meant to impress Western superiority over the Indians. However, the Indians recognised Shakespeare’s timeless themes in their own stories and culture, and quickly folded his plays into their own culture. Shamsie mentioned that at one point there were 91 translations of Shakespeare’s plays in Tamil alone – no small figure considering that Shakespeare only wrote 37 plays. 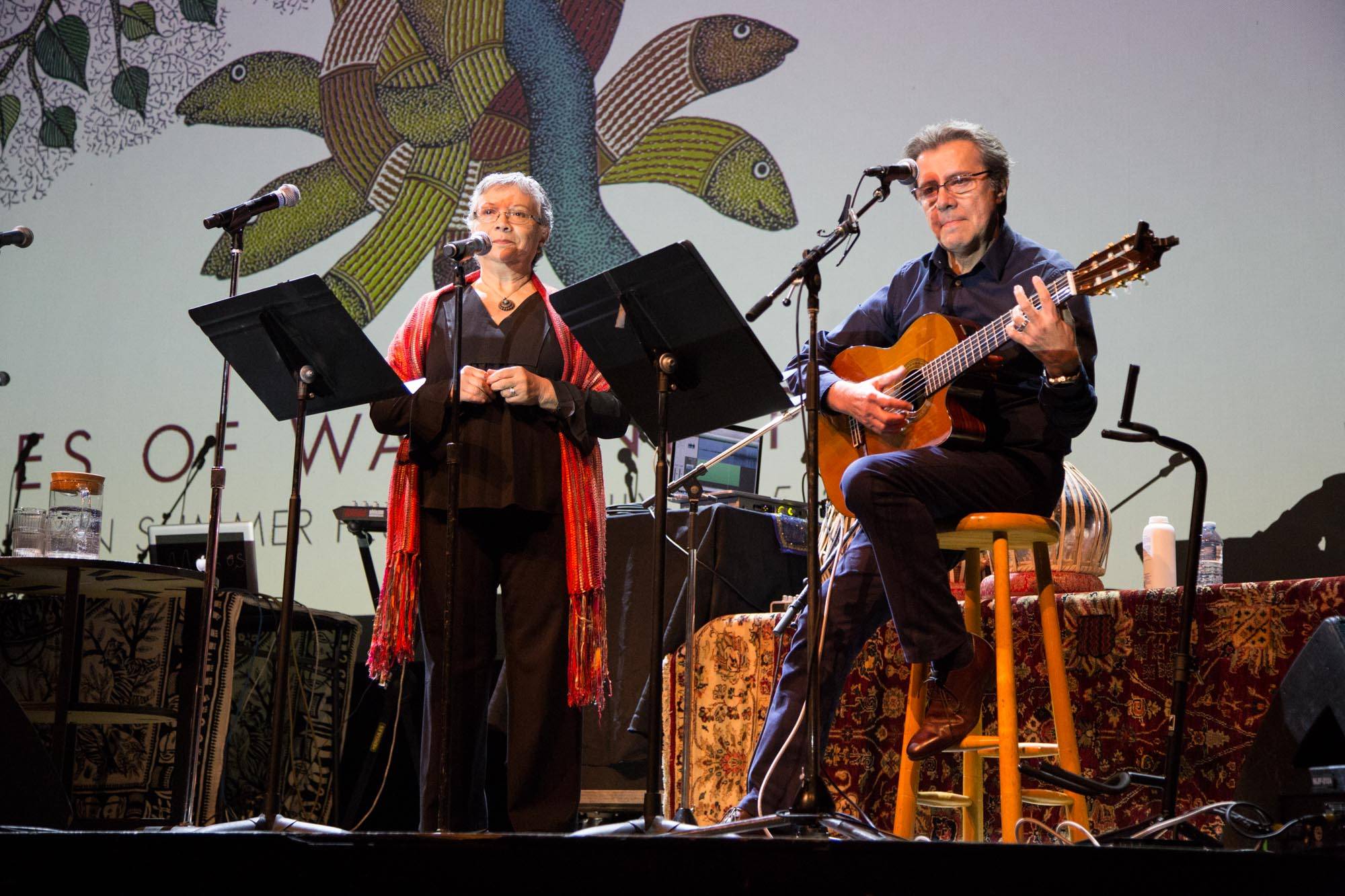 Chilean former revolutionary Carmen Rodriguez shared the tragic story of former president Salvador Allende, the first democratically elected socialist president of Chile. His election triggered a cultural renaissance amongst the population as everyone gained access to housing, land, education and a boost in quality of life. Private companies were nationalised, and this did not sit well with the Americans who had significant financial interests in Chile. After attempts at sabotaging the government failed, America helped stage a violent coup in 1974 that resulted in the murder of Allende. This was the catalyst that led Rodriguez to flee to Canada. She weaved songs through her story, sung in Spanish, accompanied by her friend on guitar. Unfortunately she ran out of time before she could finish her tale, which is a real shame because she told it so well. 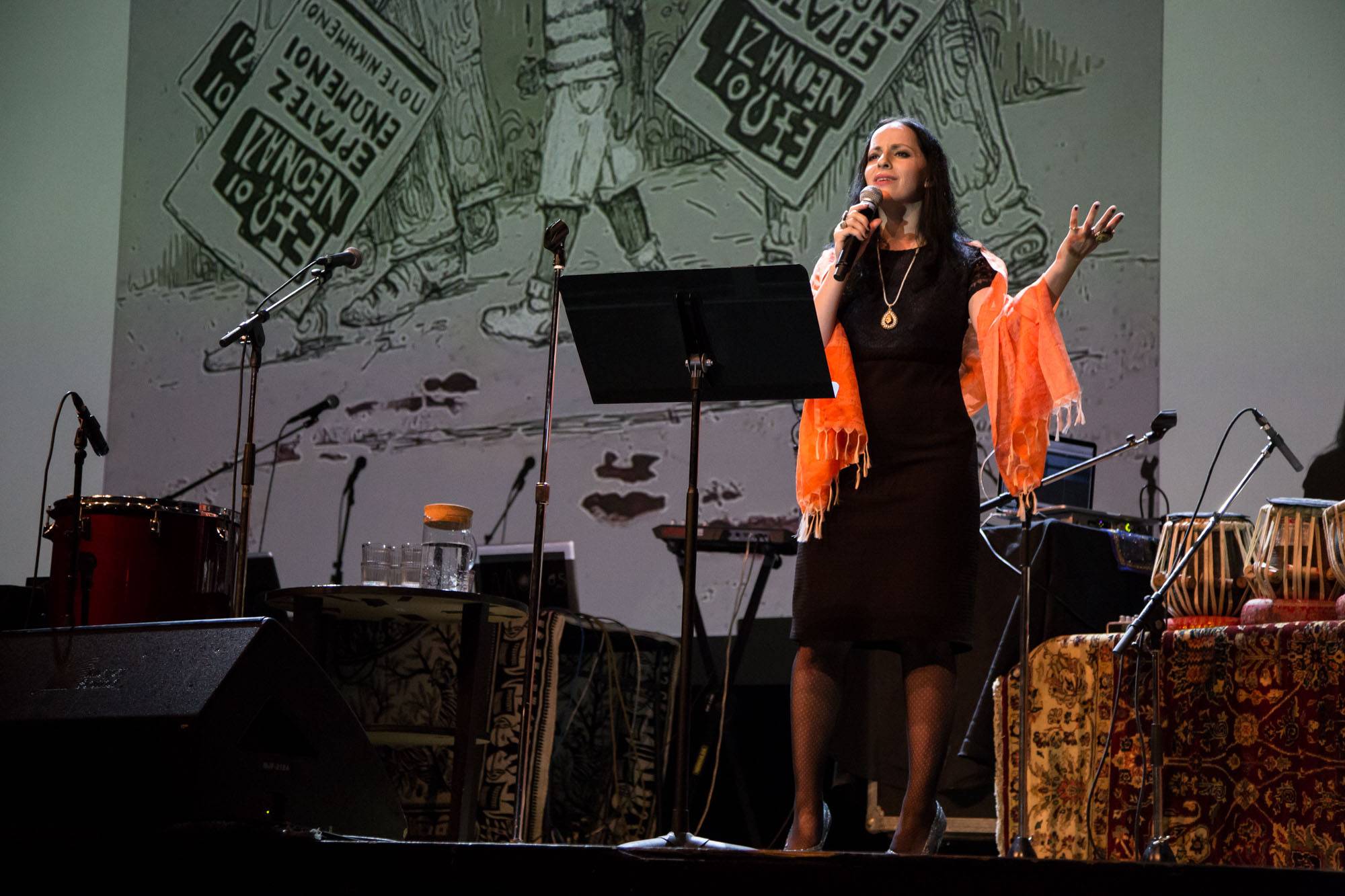 The third speaker was Molly Crabapple, a journalist based in New York whose political illustrations have captured the zeitgeist. She has travelled to Guantanamo Bay, labor camps in Abu Dhabi and spent time with rebels fighting in Syria. Her powerful imagery, both comic and serious, lends voices to people who are often unheard, using the universal language of pictures. Crabapple passionately made the case for art’s place in the fight against fascism. As the evening’s host Kalyani Pandya remarked afterward, “Art isn’t a matter of life and death. It’s more than that!”. 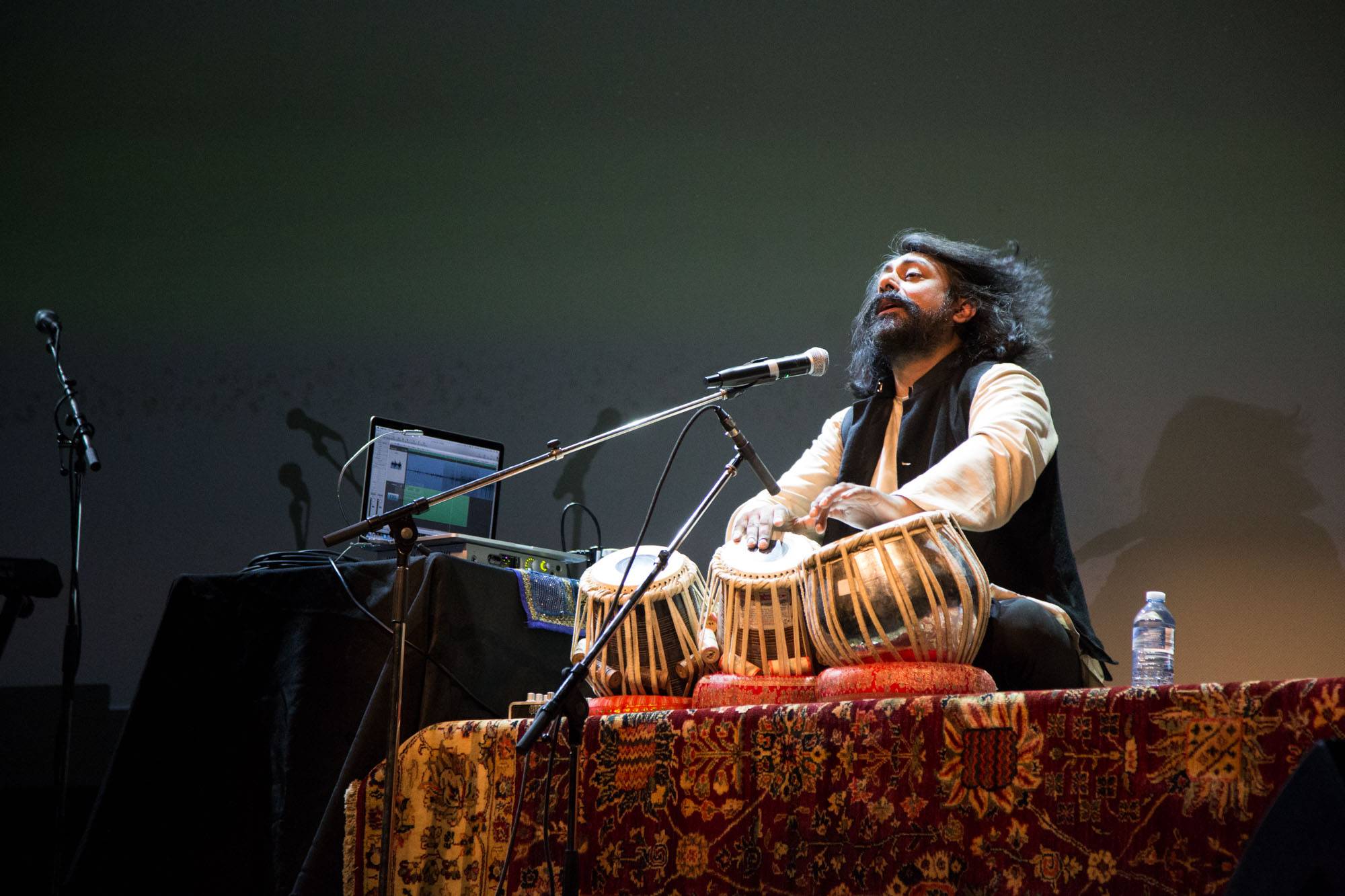 The musician Talvin Singh chose to deliver his talk using the tabla. Singh was mourning the passing of his friend just two days prior, dedicating his performance to her memory. His mastery of the tabla was a treat to watch, and if it weren’t for the incessant bell telling him his time was up, we could have enjoyed it for a lot longer. If I were a performer, the bell would have driven me nuts, but as I watched Singh calmly and unhurriedly wrap up his performance it struck me that these artists have made a career of not giving a shit about the rules, which is precisely why they are so interesting. 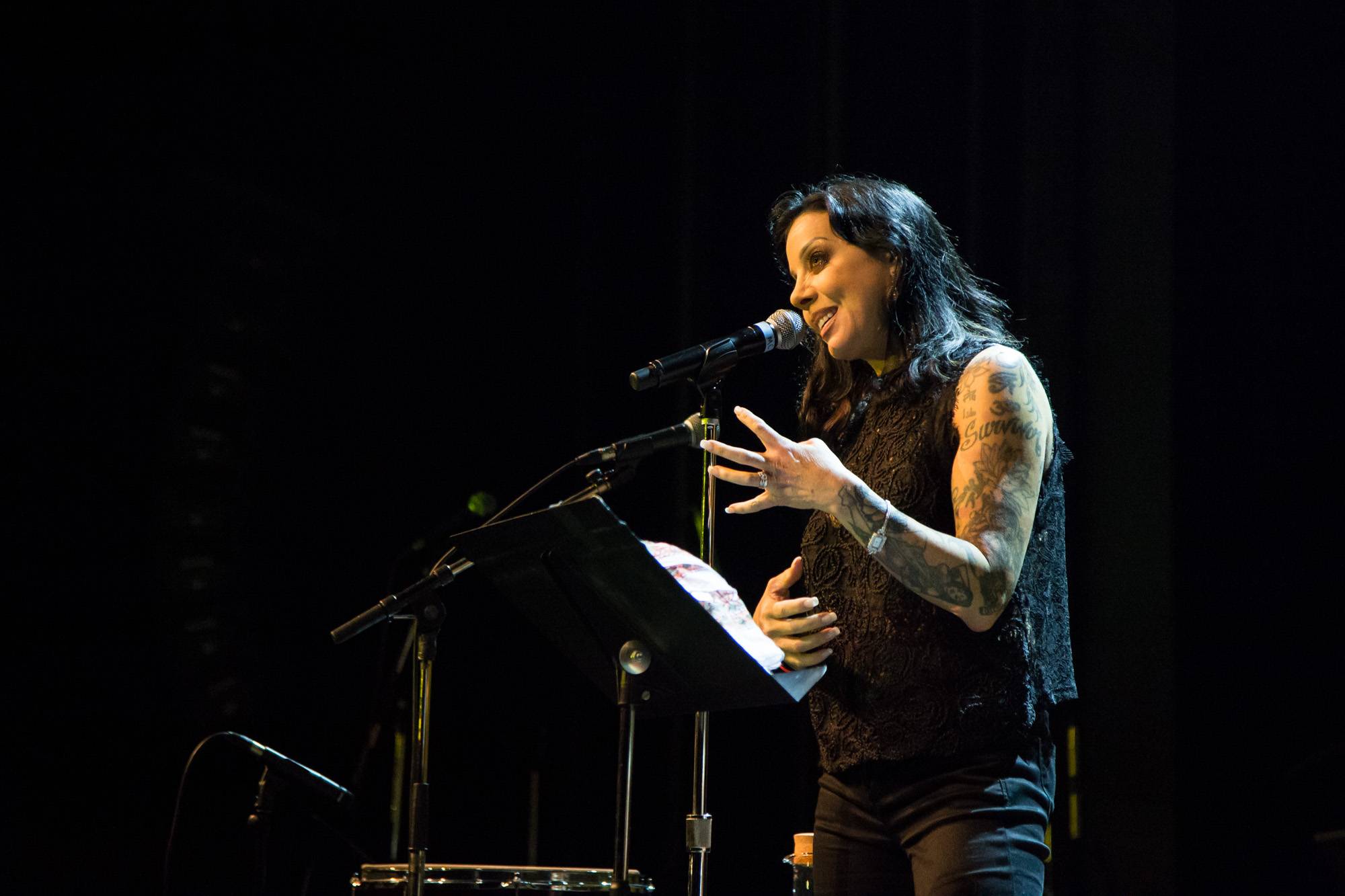 Last in the series was Indian-born Canadian hell raiser Bif Naked, a cultural icon whose music, writings and humanitarian work has touched many. She shared the story of her adoption in India, growing up with a brown skinned sister, and the tragicomedy that is being from more than one culture. It also came out that her Indian cooking is so good that her husband married her for it. If you’re reading this Bif, can I come over for dinner sometime?

My takeaway from the evening was that human expression cannot be repressed. No matter what the circumstance, people will find a way to question and push back against injustice and inequality. The scope and cruelty of colonialism, totalitarianism, fascism and all the isms can crush your soul, but these five people reminded us that never to underestimate the power of hope and a smile.