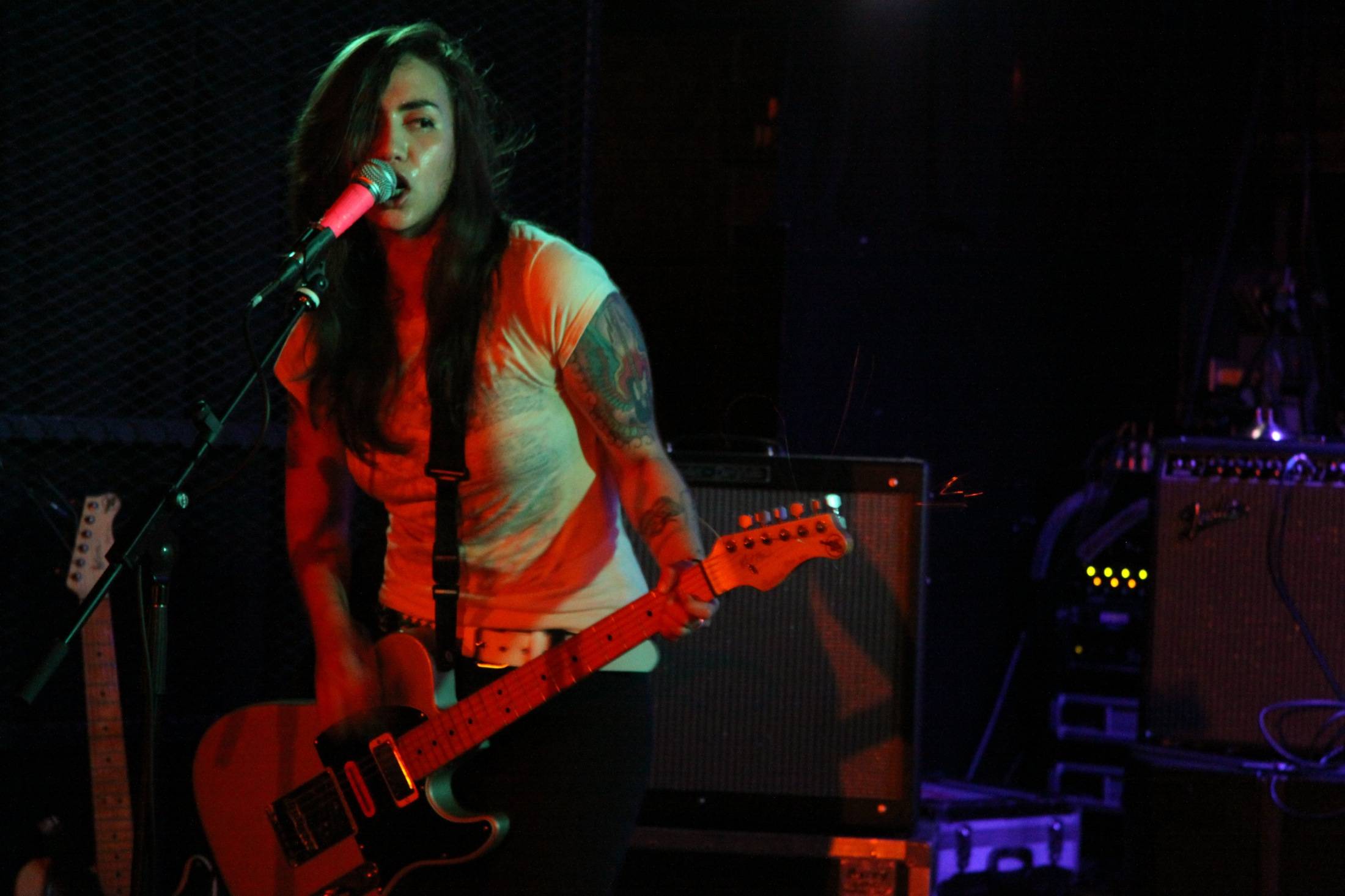 Girl In a Coma at the Biltmore Cabaret, Vancouver, April 20 2010. Robyn Hanson photo.

Girl in a Coma opening for the Wedding Present in Vancouver.

Originally from San Antonio, Texas, the band is made up of sisters Nina (vocals/guitar) and Phanie Diaz (drums) and long-time friend Jenn Alva (bass). The name refers to The Smiths‘ song “Girlfriend in a Coma” (which also became the inspiration for a Douglas Coupland novel of the same title).

Girl in a Coma released their debut full-length Both Before I’m Gone on Joan Jett‘s Blackheart Records label in 2007. In 2009 they followed up with a second full-length, Trio B.C.