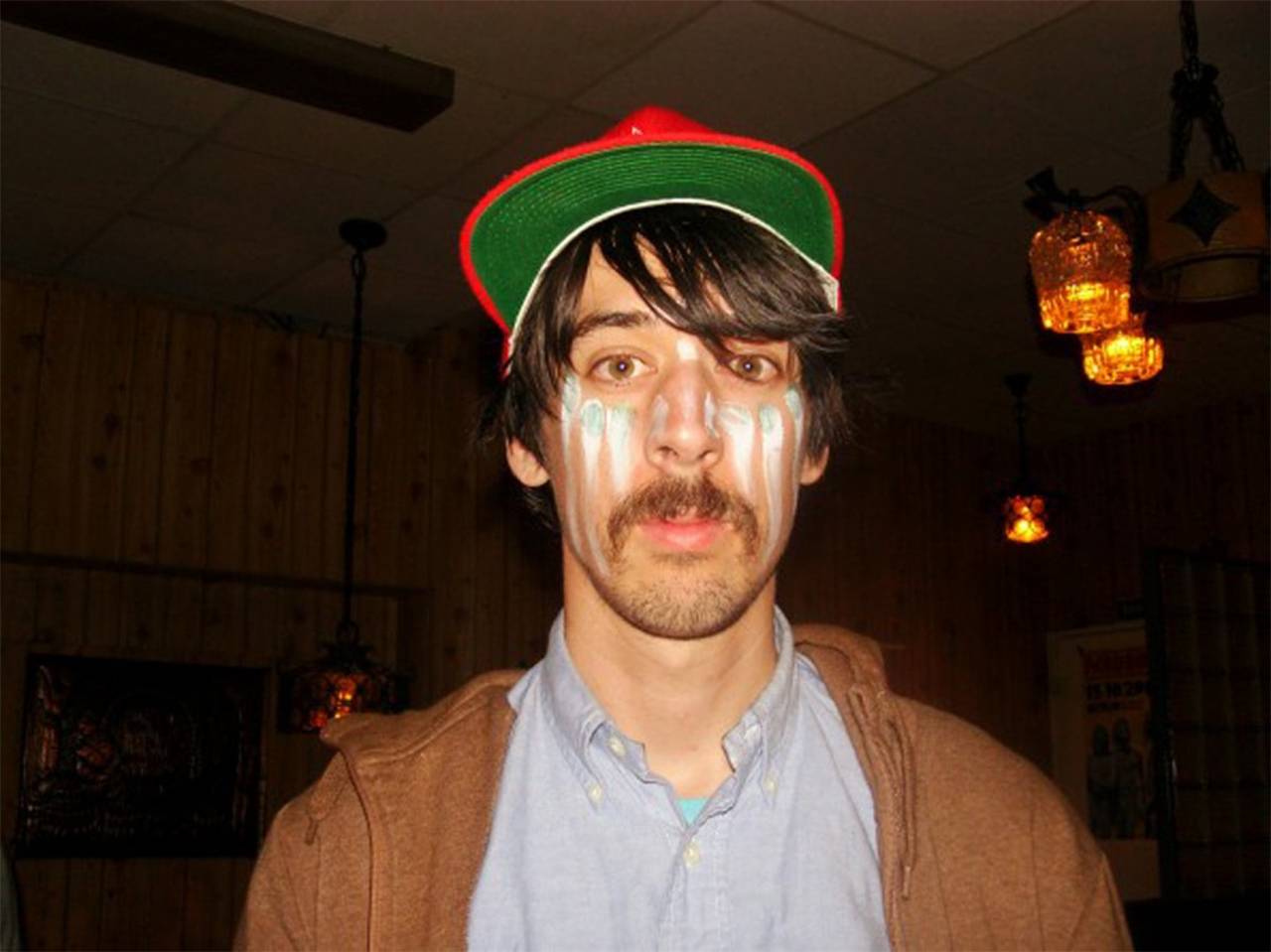 JSLPC, aka Felicia Atkinson, looked quite bookish with her light brown hair swept up into a bun, squinting at her laptop from behind large nerdy glasses. However, the noise that she engineered was far less innocuous: the loud low grumblings sounded like an industrial machine chewing through space rock. The primary-coloured stage lights flickered sporadically as the grinding gained speed, as if leeching energy from the venue. It was a slow, repetitive and strenuous build of momentum that lost my attention midway through its navigation. The rest of the audience was divided between entranced stillness on the dance floor and bored chatterers seated in the back lounge area.

Probably those unimpressed loungers were restless and ready to dance, because they abandoned their seats and attitude to press forward for the headlining act. Sun Araw is the pseudonym of American experimental musician Cameron Stallones. Althou a frequent collaborator, his latest album, Belomancie, was a solo effort. Vancouver hosted the last Canadian show of his tour to promote this spring’s release.

To achieve the diversity of sound on Belomancie, Stallones sang and played synthesizers and guitar in a call-and-response set with his bandmate who provided percussion and woodwind. Although mellow and sparse in sound relative to the opening bands, the funky beats produced by a set-up of a few small drums, including a bongo and sleighbells, were enough to inspire animalistic dancing and grooving from most of the small crowd. A jazz and funk influence could be heard through the addition of an unusual (undetermined) woodwind instrument that resembled a recorder fashioned out of a large stick but emulated the sounds of a saxophone. The more usual electric guitar added a familiar psychedelic rock element to several songs.

Before the second last song of the set, Stallones paused to recount a story that was somehow loosely related to the tune, about a wise man who lived in the mountains of some faraway village. One day, the guru descended on the village wildly riding his donkey up and down its streets. When one of the villagers asked him the purpose for his chaotic running around the man responded, “I’ve lost my donkey!” Punch line delivered successfully, Stallones delved into a metaphoric psychedelic donkey race, singing along “Well, I’m riding high.”

Whether it was solely the musical inspiration kicking in or something more synthetic, midway through Sun Araw’s performance one audience member was moved enough to utilize the stage for his interpretive movements and had to be prompted by a sound technician to remove himself. The mood was generally joyous and the energy from both the musicians and the audience was in (ahem) high spirits.