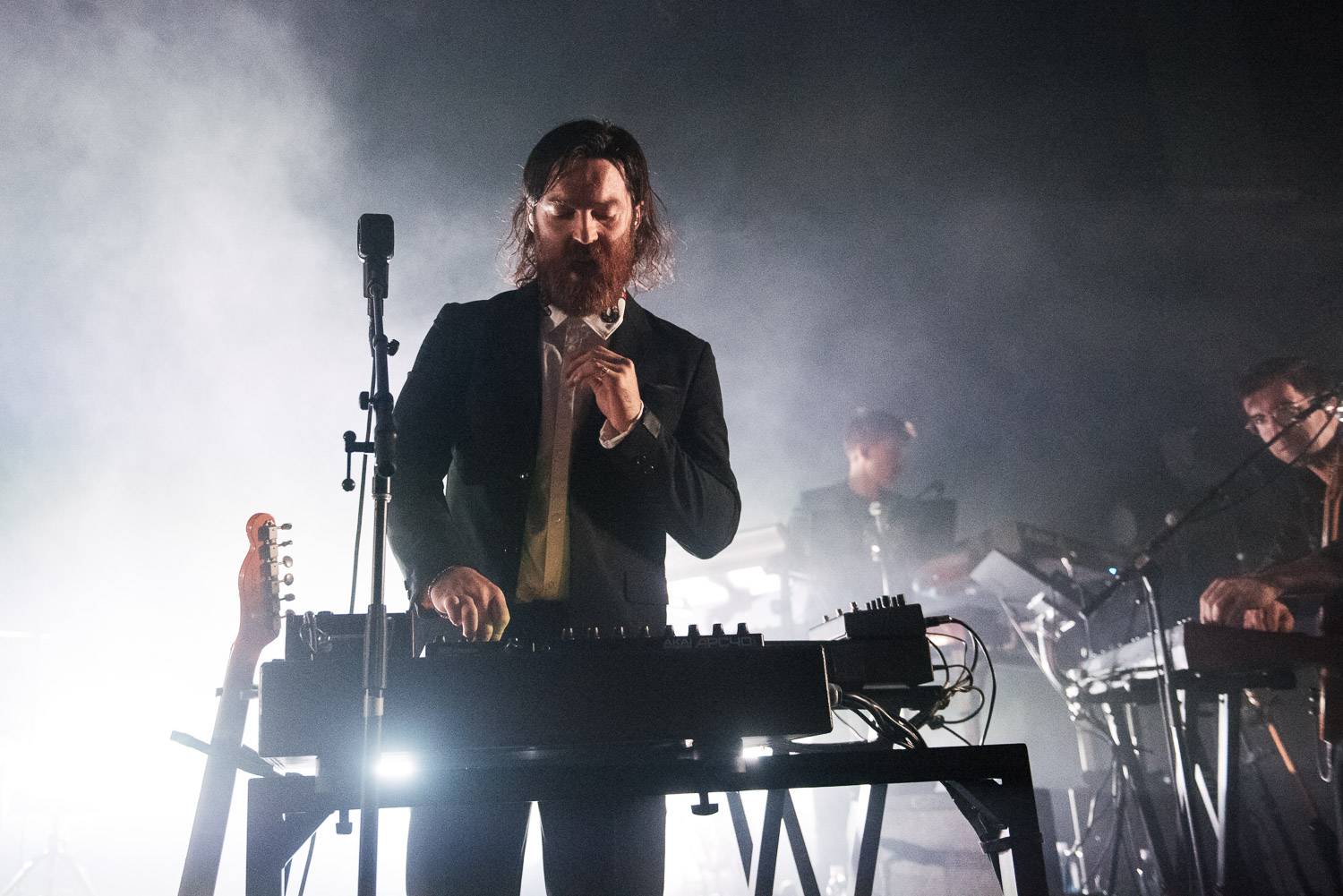 Having shredded his Chet Faker faÃ§ade, New York-based, Australian born singer and songwriter Nick Murphy gained popularity for his ability to take any genre and make gold out of it while still remaining relatable and raw. Murphy opened with a new collection of tracks from his Missing Link album that seems to bridge Chet Faker and Nick Murphy together.
Murphy’s music, both new and old, can be a bit challenging to describe. His performance was equal parts electronic, rock and soul. Alongside his band which embodied all three genres, he executed tasteful transitions to his newer material such as I’m Ready and Forget About Me. These followed a similar acoustic path as Gold, and 1998, showcasing that as an artist, taking a risk does not frighten him. Throughout the show Murphy moved across the stage, although I felt his charisma and charm wasn’t there. He had very little engagement with the audience, unlike his previous live shows. His show’s most piercing moment was underscored by Murphy’s raw voice, fuelled by a vulnerability and poignancy that few can pull off as the show continued throughout the evening.
Shifting from the electric sets to performing alone on a piano, Murphy took the audience with him on his emotional pilgrimage; what a sight to behold. The over chatting of the audience caused a bit of frustration, for those who wanted to appreciate the power and simplicity of his performance. The closing moments of the show were the most bittersweet, in which he filled the room with his uniquely soulful voice, performing a new single Believe Me. With the spotlight dimming on Murphy’s lone figure, composed as he was over a piano, he sang the final song. It was the perfect way to end what was an impressive night for Vancouver with excitement, passion, and a great deal of spirit.
There was a lot to be thankful for this Thanksgiving as Vancouver welcomed Murphy on Thanksgiving Monday at a sold-out show that lulled the audience into a sense of familiarity. Due to popular demand, he added a second performance for Tuesday, October 10th to those unable to get tickets for Monday’s performance.
Photos of Nick Murphy at the Vogue Theatre: