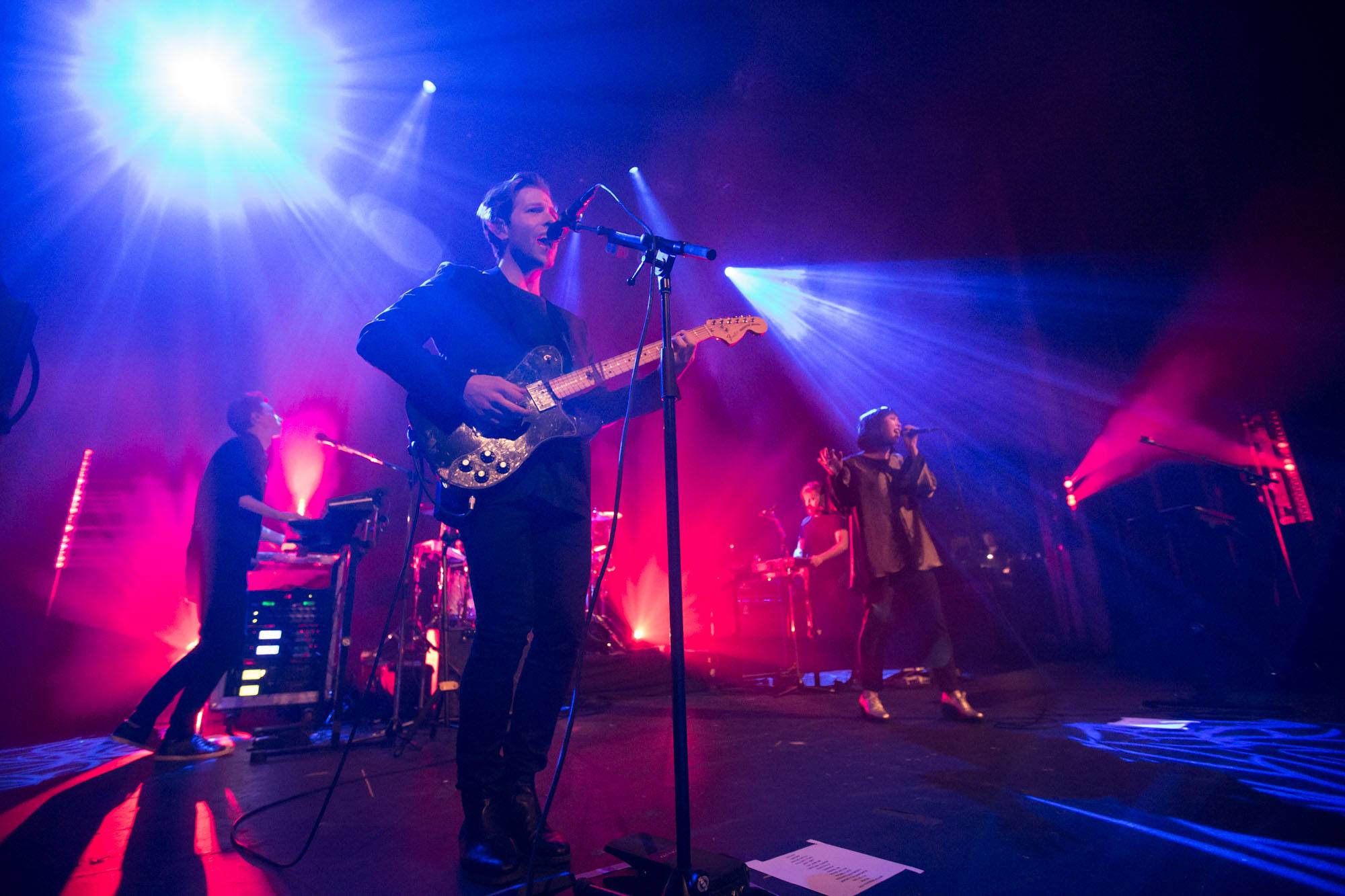 The Naked And Famous at the Vogue Theatre, Vancouver, Oct. 28 2016. Kirk Chantraine photo.

Photos -Â The Naked And Famous at the Vogue Theatre, Vancouver, Oct 28 2016

The Naked and FamousÂ in Vancouver on Friday night. The New Zealand band is on tour for its latest album, Simple Forms. Los Angeles brother/sister electro-pop act XYLO opened.

The Vancouver show came three nights into the North American tour, which wraps in Ft. Lauderdale, Florida on Dec. 4.

Simple FormsÂ was conceived in the Echo Park home studio of guitarist/vocalist/producer Thom Powers. The Naked and Famous had almost called it quits under the strain of the break-down of the eight-year romance between Powers and co-vocalist Alisa Xayalith.

‘What contemporary pop should be’

“My production idea in The Naked and Famous has always been to set the insularity of our songwriting in a space where intimacy and explosive excitement can bring tension and release,” Powers is quoted as saying. “To me, that is what contemporary pop should be. Our ambition is that this music be noticed and we’re proud of what we’ve achieved in the studio.”

“There’s pain and passion behind this art,”Â XayalithÂ adds “Pop techniques are all about maximum impact. And it’s not like this is an album of bangers but it’s the most immediate thing we’ve ever done.”

Simple FormsÂ is the follow-up to their 2013 release, In Rolling Waves. In 2011, the band issued its debut, Passive Me, Aggressive You. That album featured the breakthrough tracks “Young Blood” and “Punching In A Dream”.

The band has been to Vancouver a number of times since, as shown by our photo archive (below).

Photos – The Naked and Famous at the Commodore Ballroom, April 26 2012

Photos – The Naked and Famous at the Commodore Ballroom, Oct 11 2011