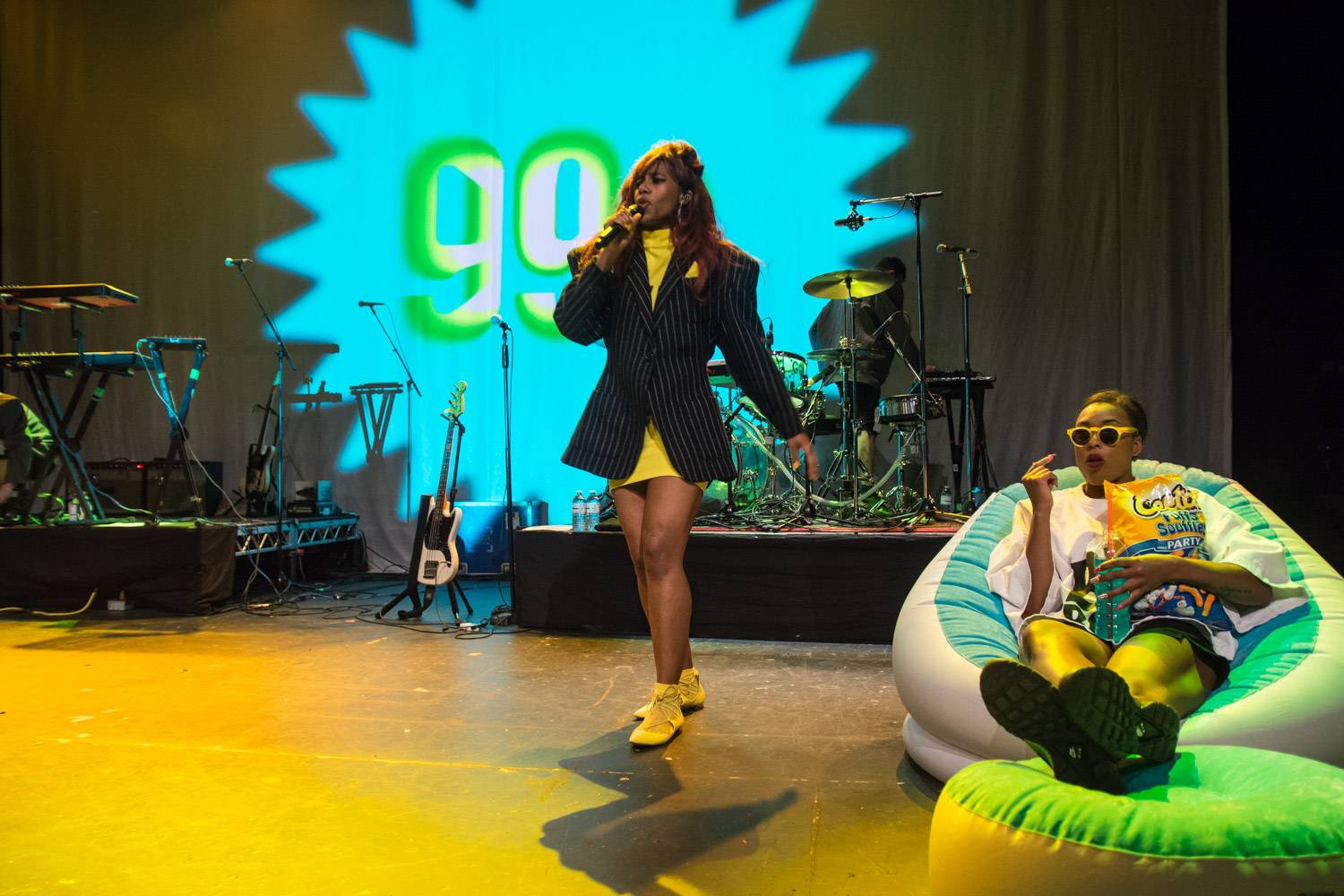 The singer, whose real name is Santi White, released her debut album, Santogold, in 2008. It includes the singles “Creator” and “L.E.S. Artistes”. Her second album, Master of My Make-Believe, was released in 2012. In February, she released her third album, 99Â¢. In includes the song “Banshee“.