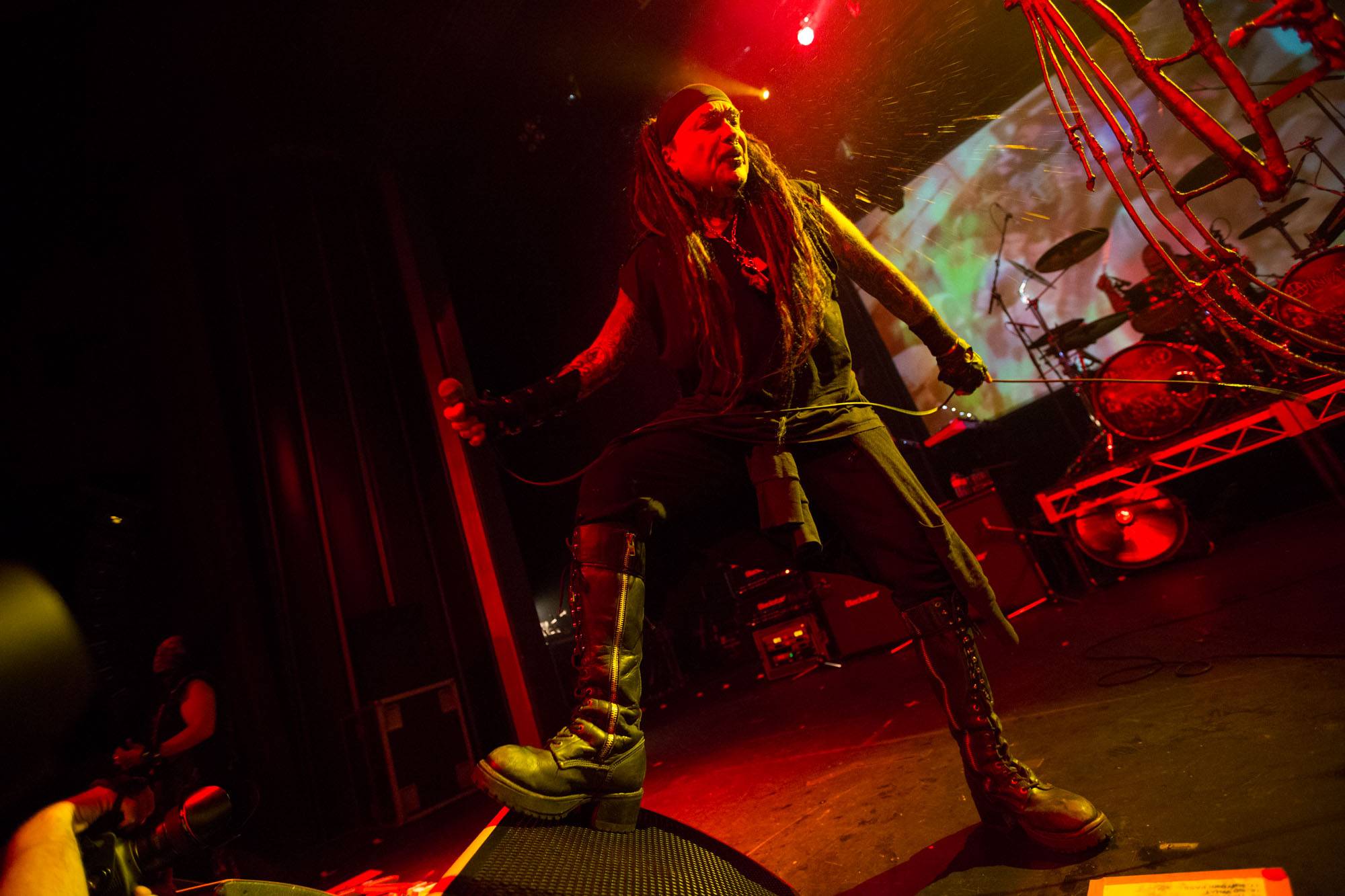 Al Jourgensen founded the industrial rock/noise/punk band in 1981. The group has since released 13 albums, including the classics The Land of Rape and Honey (1988) and The Mind is a Terrible Thing to Taste (1989). Its most recent record is 2013’s From Beer to Eternity.

More photos of Ministry at the Vogue Theatre, Vancouver: