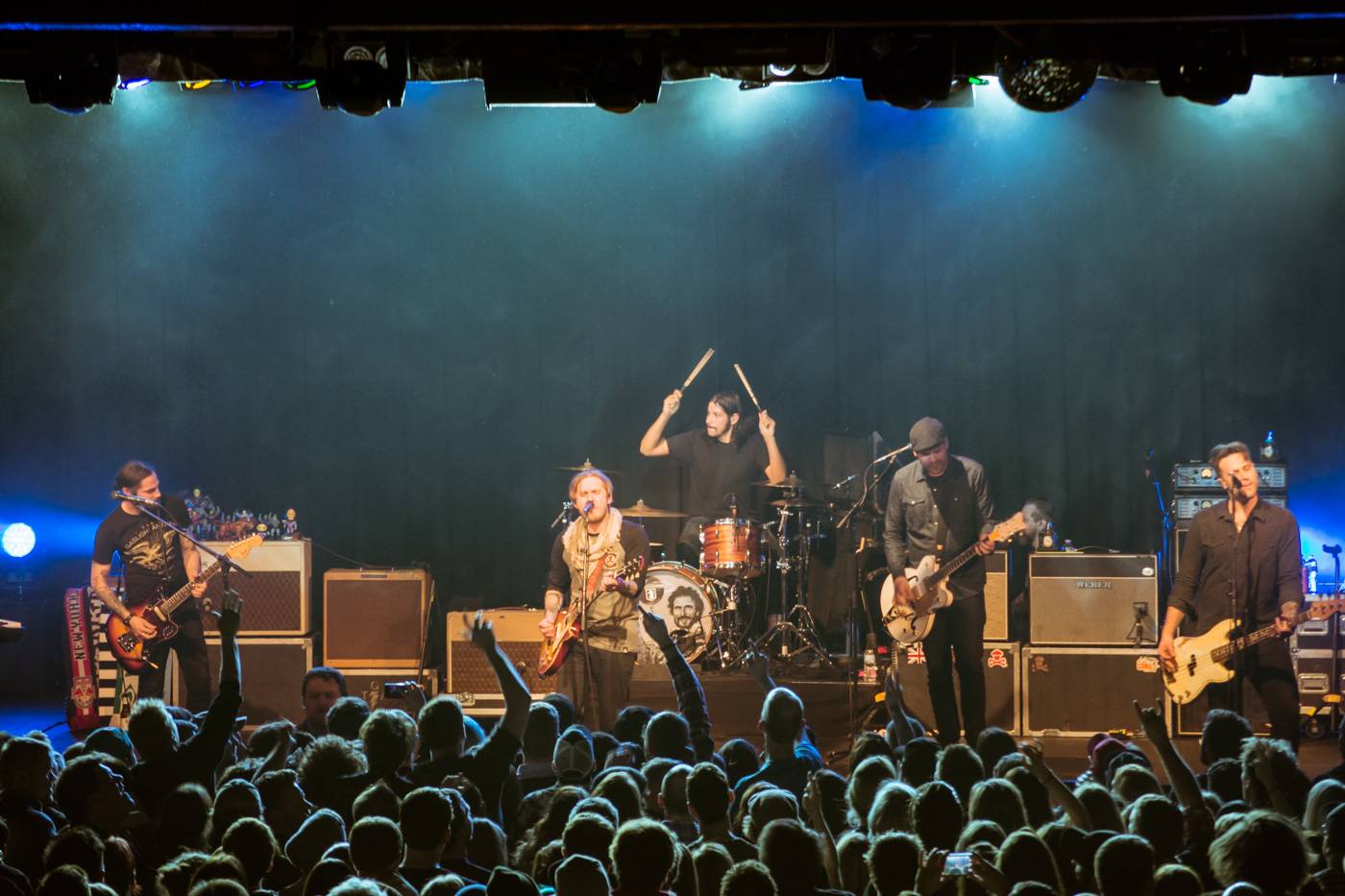 The Gaslight AnthemÂ at the Commodore Ballroom last Thursday night.

The New Jersey-based rock ‘n’ roll band is on tour for its latest album, Get Hurt. It’s theÂ eight-year-old group’sÂ first record since its hit,Â 2012’s Handwritten.Â That record “scoredÂ top 10 chart debuts in eight countries around the globe,” according to a press release.

Get Hurt was recorded with Mike Crossey, who isÂ known for his work with Arctic Monkeys, Jake Bugg, and The 1975, among others, and recorded at Nashville’s Blackbird Studios.

More photos of The Gaslight Anthem at the Commodore Ballroom:

Previous coverage of The Gaslight Anthem:

The Gaslight Anthem at the Burton Cummings Theatre, Winnipeg (2010)

The Gaslight Anthem at the Garrick Theatre (2011)