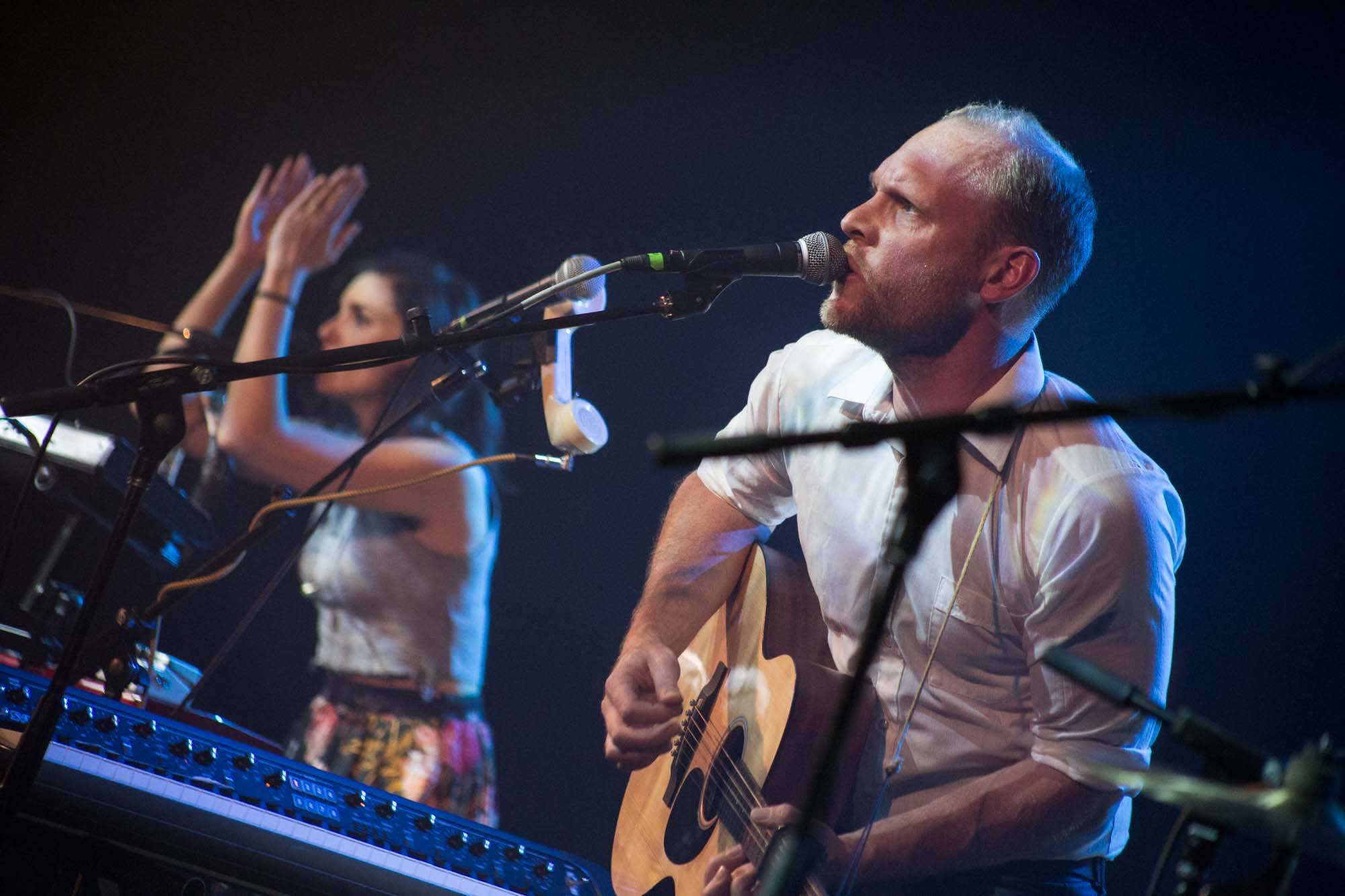 The Toronto band featuresÂ singer/guitarist Nils Edenloff, keyboardist/backing vocalist Amy Cole and drummer Paul Banwatt. The band released their debut full-length, Hometowns, in 2008. They followed this up with Departing in 2011 (on Saddle Creek). Their latest is Mended with Gold, released Sept 20 2014.

Photog Kirk Chantraine writes, “A long time favourite. Amazing to have seen them pack a smaller venue than Media Club in SF then see them pack a place like the Commodore. They leveraged both the most energetic and most soothing. It was fantastic to see the cheers from the crowd when the drummer returned for the encore – the other two are great but he [Banwatt] shines like no other!”