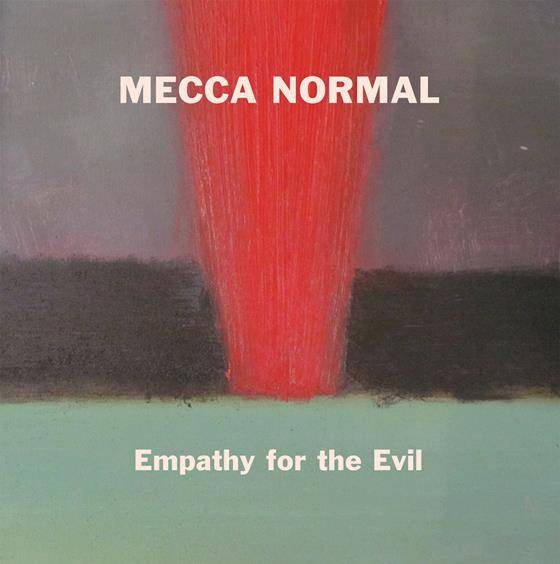 There is no shortage of in-depth information on the long-standing Vancouver indie-rock duoÂ and its members, Jean Smith and David Lester, on their WordPress website. And their latest album is no less unabashed.

Empathy For the Evil is comprised of songs with lyrics based on previouslyÂ unpublished workÂ by Smith, who is also an award-winning writer. Indeed, each of the nine tracks on this, their thirteenth album release, are more like sung descriptive short stories or narrative poems than traditional song structures.

Smith and Lester have been playing the Vancouver DIY and punk scene as Mecca Normal for the past thirty years, and although their latest release may be relatively modestÂ in sound, it is still powerful in purpose. Smith expertly develops her characters and crafts complete story arcs over the course of an average of four-to-fiveÂ minutes.

Not exactly easy listening, Empathy for the Evil is probably bestÂ approached like a post-secondary English class on story analysis. Lyrically beautifulÂ and often quirky, each song is laden with a message underlying the sparse, percussion-less melodies. Themes of gender roles, social acceptance, mental illness and societal norms are all examined through fictional and/or non-fictional story lines that occasionally overlap, but mostly stand on their own. And, as mentioned, many of the lyrics are refreshingly candid.

On “Odele’s Bath”, Smith uses a detailed and mundane description of the title character’s bath routine as a sort of psychoanalysis of the character who, we are told, grew up in an abusive, misogynistic home. The equally explicit “Naked and Ticklish” is probably the quirkiest and most ridiculous track, as itÂ recounts post-coital awkward encounters with a couple of lovers’ Rottweilers. And on the soothingly mantric “Wasn’t Said”, Smith reveals the vulnerability and sadness capable in her voice.

With the addition of an organ and piano, “Wasn’t Said” could fit quite nicely on a PJ Harvey album. Meanwhile, opener “Art is a Great Leveller” is the album’s catchiest (and shortest) track, while theÂ ten-minute-long “Between Livermore and Tracy” is the most epic and, in part due to the spooky addition of an organ and mellotron, its most atmospheric.