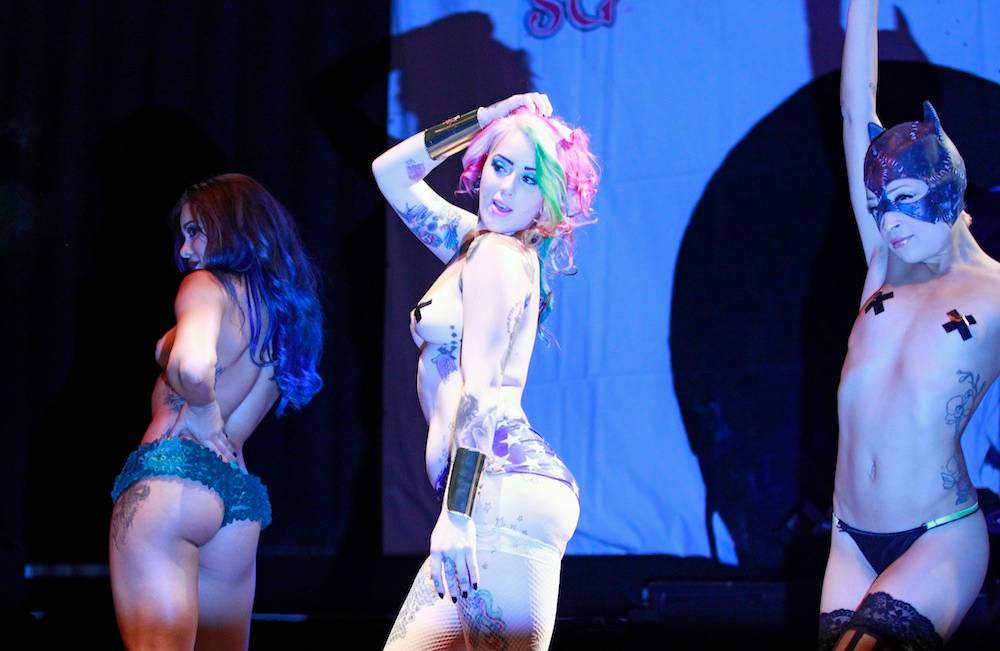 The Snipe’s Abby Normal interviewed Suicide Girls co-founder Missy Suicide, who had this to say about the show:

“We did a burlesque show back in 2002-2006 that was very different from anything out there. We did TarantinoÂ tributes, so like ‘Stuck In The Middle With You’ and the cop and the ear scene fromÂ Reservoir Dogs. So we were doing that back then. In the ensuing six or seven years since we last put on a tour there have been all these shows that have popped up everywhere like theÂ Star Wars burlesque so we knew that when we put on this show again that we have to really up our game and make it incredible. There’s some really great choreography. The girls are all professionally trained dancers.”