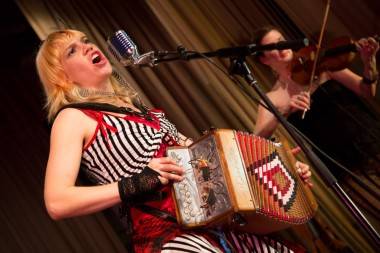 The sixth annual Accordion Noir Festival took place in Vancouver over the weekend. The shows featured a host of local and international talent, all performing at the Russian Hall Sept. 12-15.

Other acts at the festival include the Vaudeville Vagabonds and international accordion sensation Steven Normandin. The festival also included an accordion repair workshop on Sunday afternoon and organizerÂ Barbara Adler’s ongoing Underdog Instrument Grudge Match. This year’s featured Team Abomination, a team of musicians, including theremin artist PrOphecy Sun, bringing back much-maligned instruments like the talk box, the MIDI accordion and, yes, the double-necked electric guitar. They’ll pit their unholy racket against defending Team High School Jazz Band and, of course, Team Accordion. Team Ukulele, however, will not be taking part in this year’s grudge match; according to the Accordion Noir Festival website, it has been officially banned. 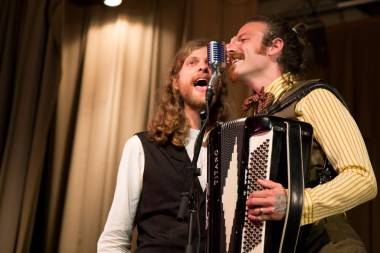