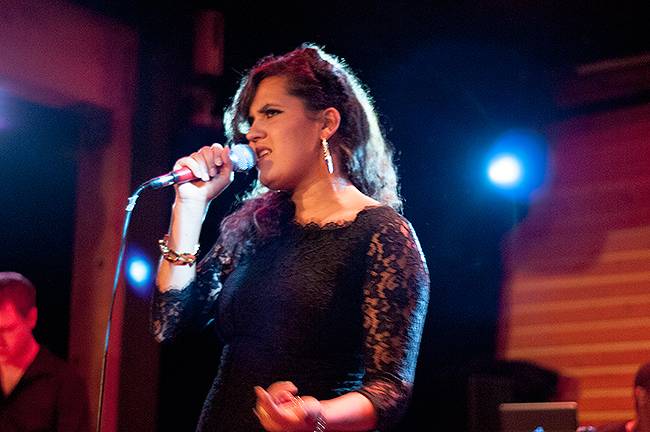 Quadron on tour in support of their second album,Â Avalanche.

Coco O and Hannibal are originally from Denmark and now based in Los Angeles. According to a press release, “QuadronÂ first began to attract attention with their 2010 self-titled debut album, whichÂ New YorkÂ magazine ranked No. 7 on its list of the Top 10 albums of 2010. A year later,Â Raphael SaadiqÂ invitedÂ QuadronÂ to be the opening act on his 2011 tour….”

EvenÂ Odd Future‘s The InternetÂ creditsÂ QuadronÂ with “changing my entire outlook on music and where you can go with it,” while the hip-hop collective’s leader,Â Tyler, The Creator, says, “Coco O. has the voice of an actual angel.”

Coco recently joined Tyler andÂ The RootsÂ onÂ Late Night With Jimmy FallonÂ to perform their collaboration “TreeHome,” which you can watchÂ HERE.