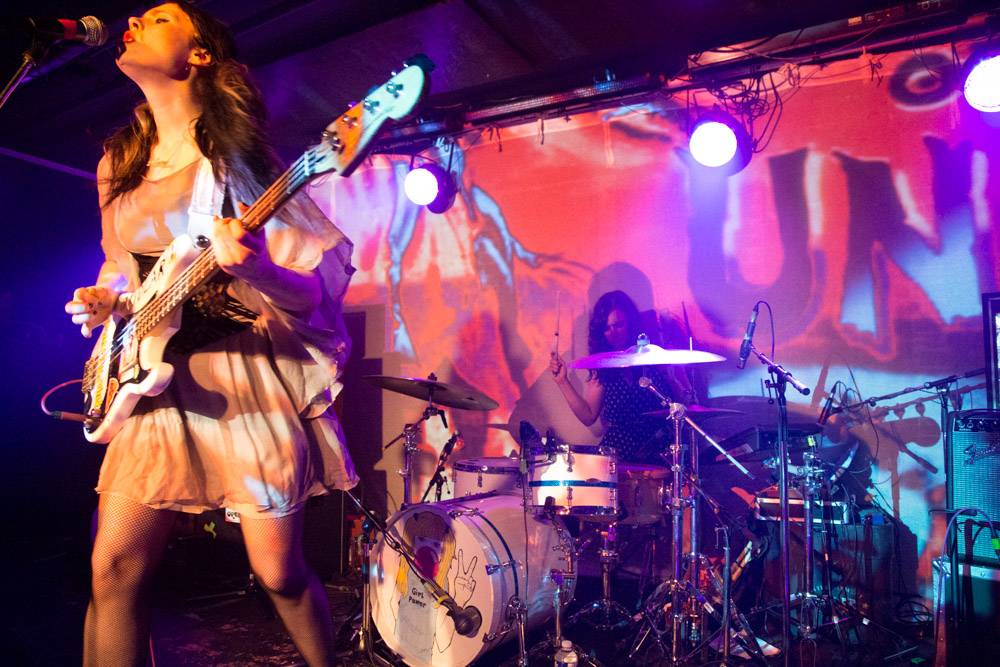 Kate Nash on tour for her new album Girl Talk.

The U.K. singer emerged onto the British music scene with some early singles and the 2008 release of her full-length debut Made of Bricks.

Born and raised in London, Nash started playing music as a kid. She then studied theatre at the BRIT School for Performing Arts and Technology. She was contemplating a future as an actor when, after a fall down a flight of stairs, she found herself housebound with a broken leg. To ease her boredom, she began writing songs on a guitar that her mom bought her.

After playing a few local gigs, Nash started uploading her music to MySpace. By spring of 2007 the singer and songwriter had a record deal. By the summer Made of Bricks was travelling up the UK charts. She played the UK festival circuit, including Reading and Leeds, and made her TV debut on Later with Jools Holland.

“An artist should be someone who’s sticking it to the man,” Kate Nash explained in an interview. “It’s about rebellion. It’s about your mom being like ‘turn that down’ and you slamming the door and being like ‘whatever, I need this music to help me get through my emotions!’”

Visit becauseiamagirl.us to learn how you can “buck up” for girls.