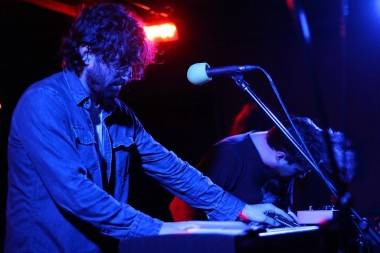 After enduring two hours of Prince‘s tribute to himself earlier in the week, The Men at the Biltmore was just the restorative this music fan needed.

Clocking in at just over an hour, if that, The Men’s set was short, punchy, fast and furious, and never self-indulgent.

Barely pausing to breathe, the Brooklyn quintet powered through tunes from their new album, New Moon. Highlights however were definitely “Turn It Around” and “Open Your Heart”, two shrapnel blasts of high-energy, tuneful punk rock from 2012’s Open Your Heart. 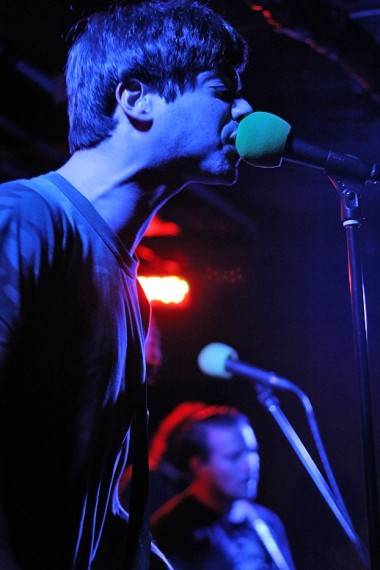 One of the defining elements of The Men is their versatility. Open Your Heart opens with “Turn It Around”, which sounds inspired by Irish punk-rock band Stiff Little Fingers (whereas the title track of that album pays homage to The Buzzcocks). But New Moon opens with “Open the Door”, which sounds as though it could have come from an early Wilco album.

Which is not to say that The Men isn’t more than the sum of their influences. As demonstrated by Friday night’s set, the band has a definite sound – fuzz-guitar-drenched and led by the vocals of guitarists Mark Perro and Nick Chiericozzi and bassist Ben Greenberg.

Admittedly, some of the nuances of New Moon‘s less-rocking tracks were sacrificed in the tumult. But any loss of subtlety was made up for by a set that grew in power and ferocity as it went on. After it was all over, the band left the stage without fanfare, or chance of an encore. As we cleared out to make way for the dance-party patrons who take over after 11 on Friday nights at the Biltmore, I couldn’t help but think of Prince,Â who made us work for a good 20 minutes for an encore that consisted of a song no one even knew. Sure, it’s hardly a fair comparison, but at least I didn’t have time to get bored at The Men.