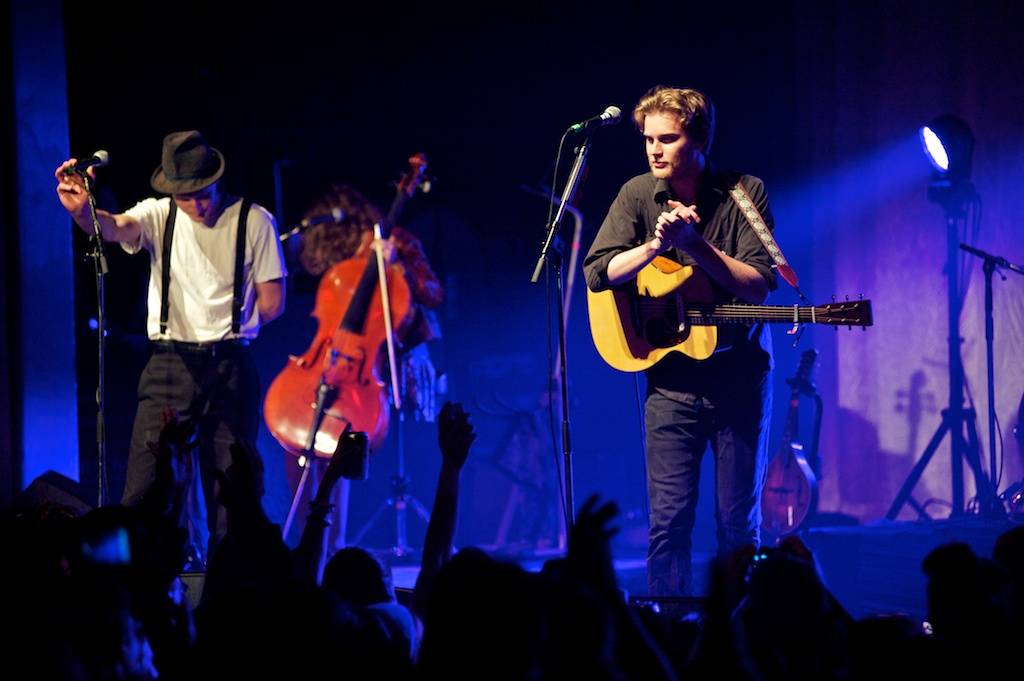 PhotosÂ -Â The Lumineers at the Vogue Theatre, Vancouver, Dec 3 2012

The LumineersÂ at the Vogue Theatre in Vancouver Monday night.

TheÂ Lumineers’ success in the few months after releasing their debut LP includes a hit single, “Ho Hey”. The song was a top 15 single on the U.S. Top 40 as well as Top 10 at Hot AC and #1 at Alternative and Triple A. It is Top 10 at iTunes UK, alongside the LP, which is in the Top 15. The track also hit #1 on Modern Rock radio in Canada, is the #1 most added track at CHR and the #2 most added at all formats.

TheÂ LumineersÂ were formed by Wesley Schultz, and Jeremiah Fraites in New York in 2002. After battling the city’s music scene and high cost of living, the two headed for Denver, where they met cellist Neyla Pekarek.