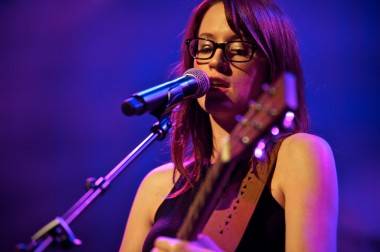 New York-based indie-pop singer/songwriter Ingrid Michaelson on tour for her album Human Again. The album debuted at #5 on the Billboard charts.

Michaelson self-released her first album, Slow the Rain, in 2005. She followed up with Girls and Boys (2006), also self-released. According to Wikipedia, a music wrangler from the ABC show Grey’s Anatomy heard the album, which was streaming on Myspace. Since then, she’s hadÂ songs included in numerous TV shows (Grey’s Anatomy, One Tree Hill), movies (The House Bunny) and commercials.