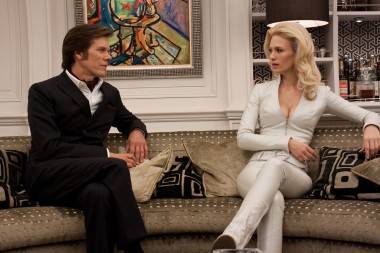 The year in comic book movies – winners, losers, signs of the apocalypse

– by Shawn Conner and Clinton Hallahan

(Note: this list was updated Jan 19 2012 after we realized we missed The Rabbi’s Cat, a French-Austrian co-production.)

2011 was a breakout year for comic book movies. Not only did it seem as though there were more big-budget movies based on comics than in any other year, but more movies than ever before started looking, or feeling like comic book movies. By the comic-book movie standards of high-concept plots starring cartoonish characters and overblown special effects, Adjustment Bureau, Limitless, Hugo, Season of the Witch, the Sherlock Holmes sequel, and that Jake Gyllenhaal movie where he’s on a train, should all probably be on this list.

In fact, Green Hornet kicked off the year in a “meh” kind of way; a few months later, Thor did little to inject spirit into the genre. X-Men: First Class momentarily revived it (while bringing poor January Jones the worst reviews of her career); and Green Lantern laid a giant cosmic egg. The year culminated in the release of the Steven Spielberg-helmed Christmas blockbuster The Adventures of Tintin.

Let’s take a look at how 2011 shaped up – while keeping in mind that 2012 brings us The Dark Knight Rises and The Avengers, both of which promise to eclipse even this year’s biggest. 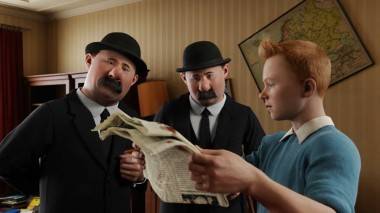 The Adventures ot Tintin - Spielberg gets it right.

The Green Hornet (Jan 14) – Directed by Michel Gondry and bad bad bad. The only interesting thing about this movie is how it seemed to get worse frame-by-frame, from an okay start with Christoph Waltz and James Franco as bantering bad guys to an almost unendurable climax of a car driving through a newspaper office. If you were still watching this Seth Rogen vehicle by the last 30 minutes, you might have a future working at a tremendously boring job. – SC 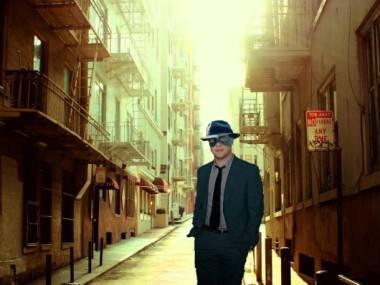 Seth Rogen in The Green Hornet.

Thor (May 6) – Kenneth Branagh given the reins to the Marvel character closest to the kind of mythic Shakespearean dudes he’s used to? Excellent, we all thought. Instead all we got was Dutch angle shots and a rushed “alien learns to love pathetic humans” plot straight out of Futurama delivered with a straight face. Chris Hemsworth charmed the pants of audiences, but even he and the sweet-but-brief action set pieces couldn’t punch through the thick layer of mediocrity that blanketed this film. Oh you have the excellent Tom Hiddleston as Loki? Irdis Elba as the unlikely comic relief? Who cares with this few hammers-to-faces. – CH 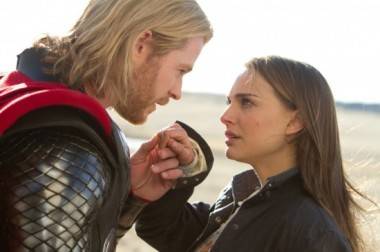 Priest (May 13) – Did anyone see this? Does anyone care? Apparently Priest, which is based on a series of Korean graphic novels (and which publisher TokyoPop was kind enough to translate into English), could basically be called Cowboys and Vampires. Paul Bettany plays what IMDB calls “a legendary Warrior Priest from the last Vampire War who…” ah, fuck it. – SC

X-Men: First Class (May 26) – Director Matthew Vaughn comes within a Beast’s hair of reviving the franchise after Brett Ratner‘s deathly dull entry, 2006’s X-Men 3: The Last Stand (let’s not even mention X-Men Origins: Wolverine). At 132 minutes, though, XM1C is still way too long, but it’s early ’60s style and a few fanboy-pleasing set-pieces earn it some points. – SC

The Rabbi’s Cat (June 1, Belgium) – An animated French/Austrian co-production based on the graphic novel series by Joann Sfar. It’s got a talking cat, so how bad can it be?

Green Lantern (June 17) – Poor DC! The other major comics publisher had to sit back and watch Marvel rake in all the bucks with their many movies. Then they release this dumb turkey and critics fell all over themselves lambasting it. But in their frenzy, reviewers missed a very salient point; the goofy Ryan Reynolds vehicle (which lost money at the box office but cost so much that a sequel is planned anyway!) is barely 90 minutes long. For that reason alone, Green Lantern was better than most of the year’s better-reviewed superhero movies (looking at you, Thor, Captain America and X-Men: First Class). – SC

Captain America: The First Avenger (July 22) – Forget the USO montage and the fact that Chris Evans will always be Johnny Storm in our hearts; Captain America was the best superhero movie of the year, bar none. That said, it mostly gains that title from a lack of total incompetence. The heaping scoops of fan service mostly overshadowed a thin plot and lackluster ending, but for a reason: for years we dreamed about what the perfect cinematic shield throw, the perfect bank shot would look like, and we got it. A minor victory, but a victory nonetheless.- CH 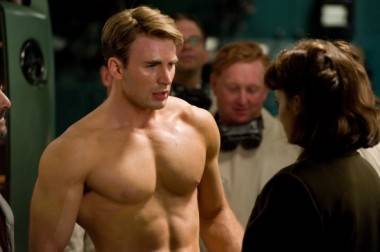 Cowboys and Aliens (July 29) – Jon Favreau is a blue-collar filmmaker through and through; he doesn’t make waves, he doesn’t argue for artistry where craft will make due, and he keeps getting work because his movies are bland enough not to offend anybody. Giving him a solid comic series to sand down to that dullness the way he did Iron Man was just what the doctor ordered if the goal was to have a lackluster, joyless film hit summer movie screens. Daniel Craig and Harrison Ford turn in their least enthusiastic performances ever in what is one of the biggest disappointments on this list. How you screw up the combination of both cowboys and aliens I’ll never know. – CH 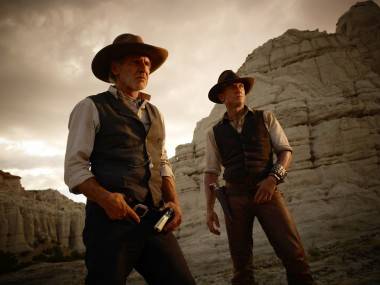 Conan the Barbarian (Aug 19) – A master class in how to bury a franchise. – CH

Robert E. Howard, Frank Frazetta, and Rose McGowan‘s career are rolling over in their graves. – SC

Rose McGowan in Conan the Barbarian.

The Extraordinary Adventures of Adele Blanc-Sec – Actually released in Europe last year, this Luc Besson movie based on the character created by French cartoonist Jacques Tardi didn’t hit the shelf of my video store until the fall of this year. I kind of wish I hadn’t noticed it; the only “extraordinary” thing about this snoozer is the beauty of actress Louise Bourgoin. But even her cascading brown curls aren’t enough to make up for the unappealing personality of the bullying, stubborn titular character, or the contrived solutions to the ridiculous situations in which she finds herself. – SC 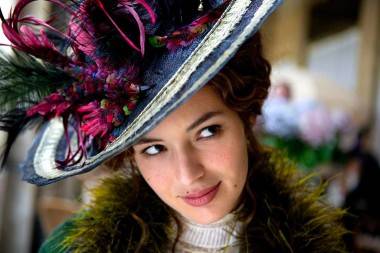 Tatsumi (Sept 15, Singapore; also played the 2011 Vancouver International Film Festival) – With its incessantly bleak vignettes of post-war Japanese life, this animated feature won’t win any feel-good movie awards. But its mix of biography of Japanese cartoonist Yoshihiro Tatsumi with several of his short stories was a welcome relief, if only because it offered an alternative to the costumed lunkheads dominating movie screens this year. – SC 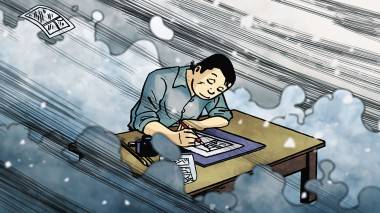 Chicken With Plums (Oct 26, France) -Â  This is the second movie based on one of Marjane Satrapi‘s graphic novels. But unlike 2007’s excellent Persepolis, Chicken With Plums is a live-action feature. Hopefully – and it’s been getting extremely positive reviews – we’ll see it in North America in one form or another in 2012. – SC

The Adventures of Tintin: The Legend of the Unicorn – An American, even Steven Spielberg, adapting the classic Belgian comics of Herge seems like a risky proposition at best. Luckily, Spielberg seems to be the biggest Tintin fan on the planet, and together with the utterly ridiculous writing team of Steven Moffat (Doctor Who, Sherlock), Joe Cornish (Attack the Block) and Edgar Wright (Hot Fuzz, Shaun of the Dead) he managed to mostly do right by the European icon. It creaks in a few places where Tintin’s trademark soliloquy (or talking to his dog Snowy) doesn’t make the leap to film, but with the best animation on screens today and Spielberg having the most fun he’s had in years, Tintin is fantastic. The single shot destruction/chase scene of a Moroccan slum? The greatest shot of the accomplished director’s extraordinary career. – CH