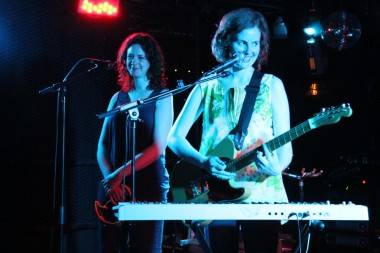 Review – Kathryn Calder at the Biltmore Cabaret, Vancouver, May 20 2011

As a big fan of the New Pornographers, I have to say I was quite eager to catch member Kathryn Calder‘s solo show last Friday in Vancouver at the Biltmore Cabaret, despite not having heard anything from her debut 2010 release, Are You My Mother? (A few months ago a friend and I went to Zulu Records to track down the album, and it was sold out.)

My eagerness was tempered, however, by it being an early show, which I question the sanity of on a sunny spring Friday when the hometown team is engaged in Stanley Cup semi-finals. I can barely spell “hockey” and even I had to tear myself away from the TV. Needless to say the sparse crowd seemed as eager to be there if I was.

The Vancouver show was the last in a brief yet intense tour to promote the album, which was born as a result of the two years Calder spent caring for her terminally-ill mother. Rather than a eulogy, the music itself is reflective, thoughtful, and mostly rather up-tempo and classically indie-pop. It is easy to hear the influence of the New Pornographers (of which she became a full-time member in 2006) in her music – unless of course, what I was hearing was how much Calder has influenced the New Pornos. It’s hard to tell. It’s not a huge departure from her better-known outfit, and that’s not a bad thing. 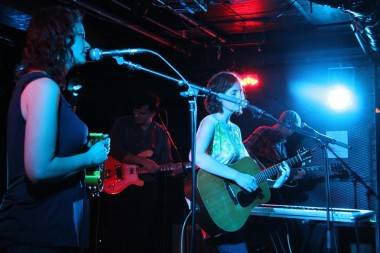 Her band, including a violinst/backup vocalist, drummer, bassist and guitarist, ably supported the singer as she moved easily between acoustic and electric guitar and keyboard. (It must also be noted that Calder’s drummer, who also played with the opener Himalayan Bear, made the best “O” face I have seen in a long time. His elastic expressions seemed to slip between lust and joy more easily than… well, mine, I guess. I spent half the show watching him. Delightful!) 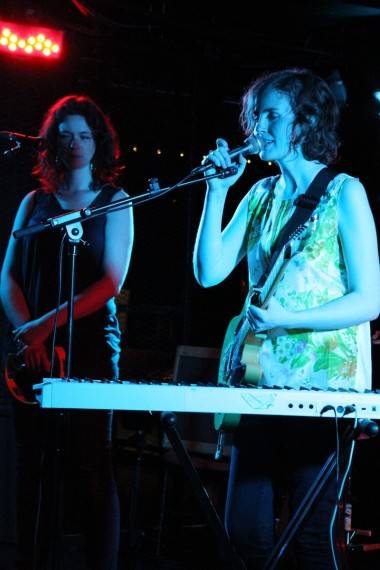 Calder’s signature musicality – harmonic pop songs that are well-constructed but not bubble-gummy – became more and more apparent during her solo turn on those songs when she played keyboards; for some reason her voice seemed somehow richer (or, perhaps, more familiar). Slipping back to acoustic guitar, the harmonization between Calder and her violinist was pitch-perfect and spot-on.

Clearly, Calder has an ear for maximizing the sonic pleasures of vocal harmonies. Her sparse arrangements give way to rich sounds and catchy choruses, reminiscent of those great slow-dance songs at the end of your eighth grade dances, or maybe as part of a montage sequence at the start of the third act in a movie with Ellen Page. Girly yet thoughtful tunes that are not mired in the slow, depressing kinds of music often associated with girly yet thoughtful singer-songwriters. 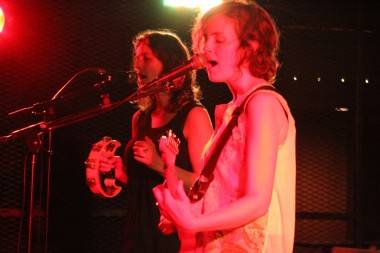 “It’s our last song…. no, really, it’s actually the last song we learned for the tour,” she said before launching into “Castor and Pollox”, for which she strapped on an electric guitar. At this point the music became more aggressively poppy. Ultimately, Calder presented the crowd with the catchy, joyful, capable pop music that they wanted to hear. What more could we ask for?

All It Is
Follow Me
If You Only Knew
Turn a Light On
City of Sounds
Slip Away
Day Long Past
Down the River
Arrow
One, Two, Three
Castor + Pollox 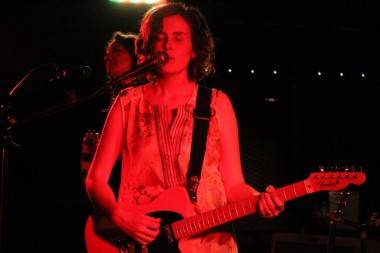