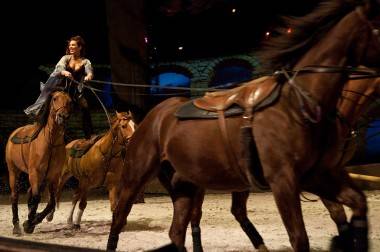 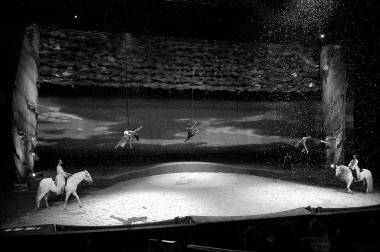 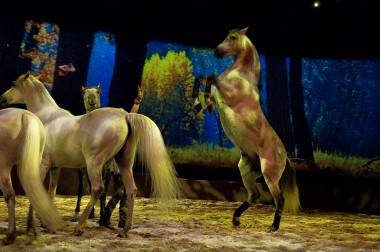 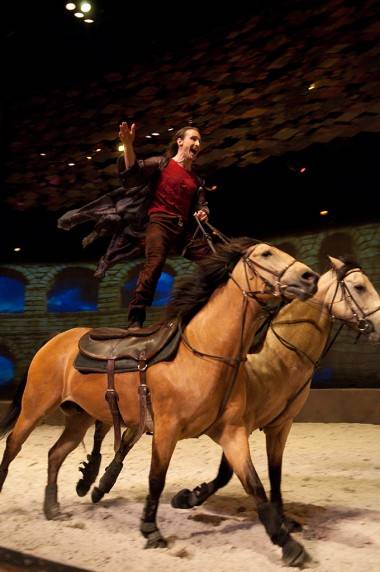 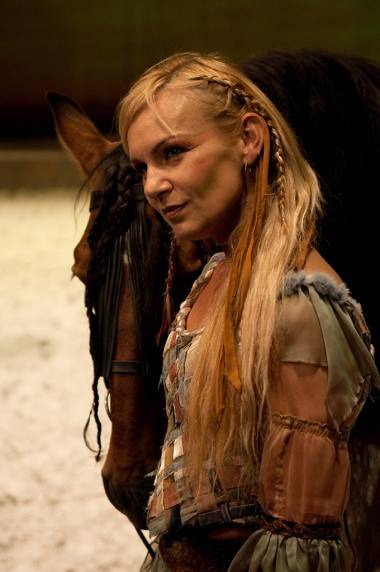 Other fairy-tale moments would definitely include the act Le Miroir, an exquisitely costumed and choreographed pas de deux, in which two white-clad Renaissance princesses and their snow-white mounts performed a series of Haute Ã‰cole dressage movements. Their steps were impeccably timed and placed, to appear to the audience as if the two riders and their dancing horses were mirror images. Peering through the mist, the feminine and the equine elements merged in an amazing and accomplished display of both the art of theatre and the even older art of horsemanship.