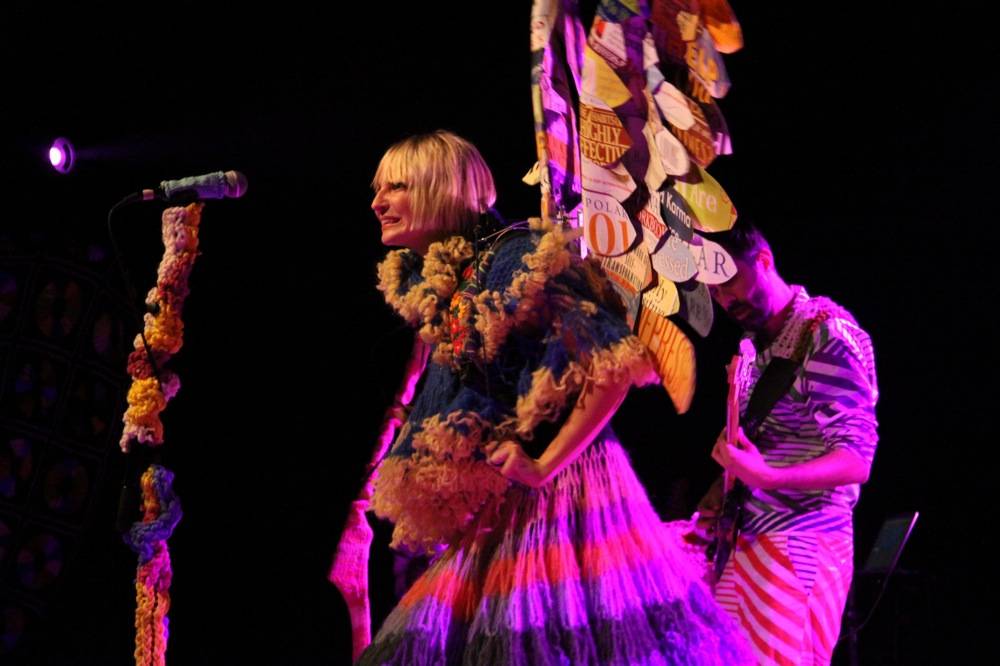 Review and photos – Sia at the Commodore Ballroom, Vancouver, April 10 2010

Over the years, I’ve developed the unfortunate habit of being chronically early to every appointment and event I have ever attended.

As I entered the empty lobby of the Commodore Ballroom for a performance by Australian singer Sia, I figured I was once again the early bird and would have the perk of staking some prime dance floor space. This turned out to be a misconception as hoards of people had already swarmed around the stage, captivated by the evening’s opener, Body Language.

I arrived just in time for the Brooklyn quartet’s crowd pleasing tune “Sandwiches”, an appetizing composition that exposed the seductive nature of this deli staple. The crowd whooped and hollered as singer Angelica Bess Â sang in the most sultry tone, “You can be the bun, and I can be the burgerÂ  boy . . . We’ll make it hot like butter, easy to spread, and we can make sandwiches”.

Their rollicking lyrics and catchy digital-based melodies have earned them the status of leaders in the New York dance music scene. As a result, they have landed the supporting role in Sia’s two-month North American tour in support of We Are Born, her fifth album, that kicked off last night in Vancouver. 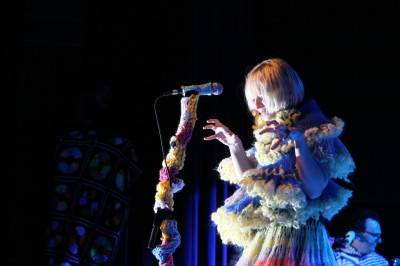 Her current obsession with yarn extended into the set dÃ©cor, with her name brandished onto the backdrop in multi-colored wool pom-poms. The costuming and production design would have made any arts and crafts teacher extremely proud. The Aussie songstress leapt straight into “The Fight”, off We are Born.

The record contains a series of bright and bouncy songs that perfectly reflect Sia’s flighty and quirky persona. All the “peacocking” aside, Sia can command any stage with her serious vocal skills. Even with her DIY wings wringing her diaphragm, she managed to deliver every single note flawlessly.

Before proceeding into “Clouds”, Sia welcomed her fans, making conversation with a few of them about knitting and Twitter. She giddily accepted a tie-died T-shirt from one of her admirers, bouncing like a kid on Christmas morning.

She then tackled some heavy emotional material in “Little Black Sandals” and “The Girl You Lost to Cocaine”, embellishing the verses with some impressive vocal runs. She ended the latter, throwing her head back in laughter while admitting that she had forgotten her own lyrics. Her honesty and authenticity, in both her music and overall demeanor, are a couple of her winning qualities. 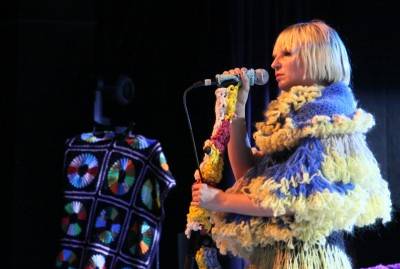 As the band played the opening bars to the ’60s Motown sounding “Be Good to Me”, Sia unexpectedly took a short costume change break after feeling faint. She returned shortly after to finish her performance, but could not move any further due to an asthma attack and heat exhaustion.

She apologized profusely and although the evening was regretfully cut short, the audience filed out of the Commodore applauding the talents and efforts they had the privilege to see.

One response to “Sia at the Commodore Ballroom”