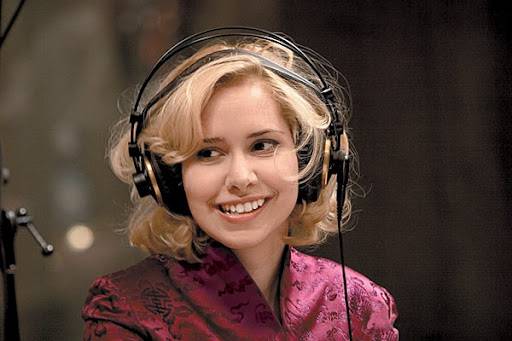 Nellie McKayÂ has been toying with our emotions since 2004’s Get Away From Me. Packed with great lines and crafty melodies, and drawing on pre-’60s influences, the double-disc was easily the songwriting debut of the year, and one of the freshest-sounding as well.

Raised by her actress mother after a spiteful divorce from Nellie’s father, a British director and writer, McKay grew up in Harlem, Olympia WA and rural Pennsylvania before returning to New York City at 16. She enrolled at the Manhattan School of Music to study jazz voice, but dropped out of school after two years. Stints followed as a stand-up comic and gay-nightclub entertainer. She began writing her own songs, and within a year record companies were bidding for her signature.

To anyone who heard her debut–well, to this writer at least–it seemed impossible to think at the time that the record-buying public wouldn’t embrace the button-cute, smart and mega-talented McKay. But that hasn’t quite been the case. Too clever for the mainstream and too straight-up pop for the indie-rock crowd, and impossible to pigeonhole, Nellie McKay’s music has instead found its way to a small but adoring cult-size audience.

Although, if you’re looking for an easy tag, “that girl singer from New York who loves Doris Day” works.

Comparisons to the bubbly actress/singer have followed Nellie McKay since the release of Get Away From Me, and for her part she’s acknowledged Day as an influence – never so much as on Normal As Blueberry Pie, her latest and fourth album.

Twelve songs from Day’s catalogue, including standards like “The Very Thought of You” and “Sentimental Journey”, as well as one original, make up the package – along with a CD booklet in bright ’50s colours and full of quotes about animals that would have made Day, an animal-rights activist, proud.

We reached the singer at a stop in St. Louis during an East Coast tour for Normal As Blueberry Pie. 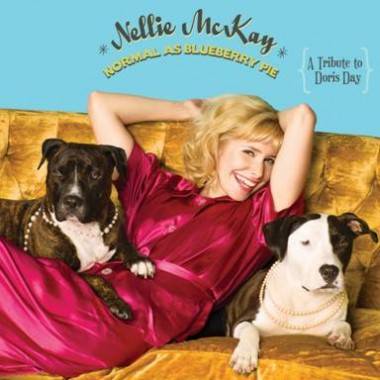 Shawn Conner: So it looks like you’re playing some venues on this tour that are a little off the beaten track? Are you particular where you play?

SC: I don’t think you’ve been up to Vancouver…

NM: No, and I have a problem with Canada because of the seal hunt. As people have pointed out to me, “You play in the United States, where there’s all kinds of barbarism toward animals.”

It’s just that the seal hunt looks like something that can actually be stopped. I’ve been on this ban for a couple of years now with Morrisey and Paul McCartney. I have a feeling they have a lot more impact than I do, and I am beginning to wonder if it will ever stop. But it’s a shame, ‘cos you miss out on Canada. I like Canada in a lot of ways. If I ever get sick I may have to go there for health care.

SC: When he was onstage at Coachella this year, Morrisey complained about the smell of barbecue. Have you ever been in a situation like that, where your beliefs are directly oppositional to what’s happening in a place you’re playing?

NM: Oh sure. You always try to make it amusing ‘cos then people hate you less for your politics! And I think humour can be the best way to make a point. But I’m so glad he’s for the animals, and Pink is for the animals. I hope that it changes people’s minds.

SC: Have you read any of Peter Singer‘s books? [Singer is a Princeton University philosophy professor who’s written a number of books about animal rights.]

NM: Just Animal Liberation. Some of the stuff – he was talking in one article about he’s not sure if cockroaches can feel pain.

I just thought that was such hogwash, you know? No offense to hogs. But I mean, of course they can feel pain. Sometimes he gets a little scientific for my liking. There are things you don’t have to prove to know. But Animal Liberation is fantastic. I think it really explains stuff well.

SC: Do you think future generations will look back on this period as barbaric?

NM: Yes. I certainly hope so. It is always that way, that it goes from complete acceptance of something horrible to complete rejection of it. Or you would think so, like with slavery. But right now there are some corporations trying to get rid of child labour laws, this was on Rachel Maddow. There’s no doubt societies can regress.

SC: I read that, when you were nine or 10, your mom packed up you and nine cats and drove across the country to live in Olympia, WA.

NM: And we had a dog that go so fed up by the end of the trip, were in a Volkswagen bus, that he started sleeping in the kitty litter!

SC: What’s it’s like crossing the country in a van with 10 animals? Would you recommend it?

NM: [Laughs] When you look back at the hard things in life you can’t help but romanticize it, like “That’s what made me the person I am today!” Whenever you have to do anything hard now, it’s agony. When I see other people, I think, this is going to build this culture. You just don’t want it to happen to you. In short I would do it again, but then again I didn’t have to do the driving.

SC: In another interview, you mentioned Doris Day’s music is an “escape the violence of our culture.” Obviously to some extent you meant the way we treat animals, but were you also talking about movies, music, that sort of thing?

NM: Certainly movies. I mean, so many people I know, particularly people my age, are so into horror films and torture films or just the standard action flicks where there’s sadism and brutality. I still can’t take it. I guess that’s the little old lady in me and the same part that’s drawn to Doris in many ways.

SC: I tried watching The Thrill Of It All [a 1963 Day movie with James Garner] last night and it wasn’t until halfway through that I realized I’d seen it before. It wasn’t one of her better efforts.

NM: Yes. For that period, my favourite is Send Me No Flowers. It’s the campiest.

I have to say, I know people who find Doris Day’s movies reassuring, but I find them disturbing. They do just remind me of all that was being covered up in that period.

For me, Send Me No Flowers is the most fun. And I always enjoy Tony Randall. But a lot of her films, they’re just not very good for women. Or anyone, really. And they lack the wit of movies from the ’30s and ’40s.

SC: So this tour, is it very much a Normal As Blueberry Pie tour, or are you mixing it up quite a bit?

NM: For the most part, it’s this album, butÂ  it’s nice to toss in an old song once in a while and make it fresh again in a new context.

And then, the ukulele

SC: I saw a clip of you playing a couple of your tunes on ukulele.

NM: Oh, I like ukulele because you kind of have to play it simply. And piano when you play it simply it just sounds retarded. Actually, I kind of sound like a four-year-old. Except on some very specific arrangements, I tend to look bad when I play piano. So I like the uke. It’s simple music for simple minds.

SC: You must have a backlog of songs since 2007’s Obligatory Villagers…

I’ve got music, but I just really feel it’s time to write a hit. But I don’t really know how to write one. So you might as well, I don’t know, watch Access Hollywood and not worry about it. I think the people at the top, they work the hardest. I’d really I’d like to retire.

NM: Having a little house and a garden, in Cuba.

SC: You did some stage-acting not too long ago, in a production of Threepenny Opera. Does acting come naturally to you?

NM: I think more in real life than onstage. I’ve gotta get better.

SC: Is there a part for you in Election?

NM: I hope not. It’s nice to be the Robert Evans behind it all.