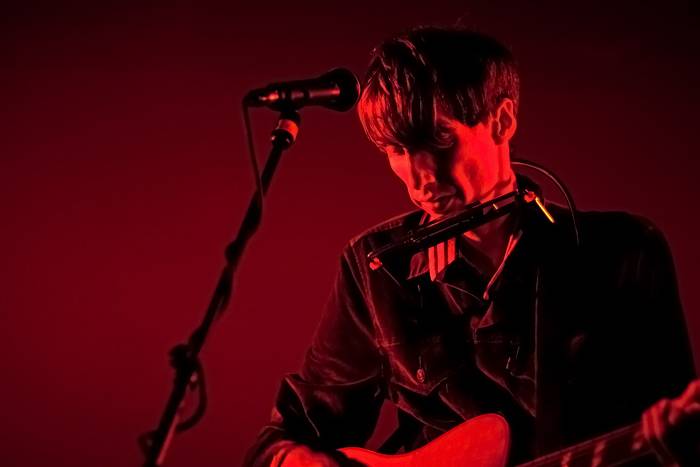 “This is a little awkward for me because, like I said, I’m short a band tonight.” And that, in a nutshell, was Atlas Sound‘s performance on Friday night at the Biltmore.

These words, mumbled by singer-songwriter Bradford Cox, came halfway through a disastrous set, in which Cox struggled to contend with a talkative audience, many of whom seemed to be waiting for co-headliner Broadcast to take the stage. Given that he is used to performing as part of the atmospheric punk outfit Deerhunter, Cox was understandably rattled by the chatty crowd during his unaccompanied acoustic performance.

Still, there’s no excusing the utter shitstorm that ensued. Cox had several tantrums during the set, berating the crowd and comparing the performance to “working in a mall and being covered in fucking vomit.” Despite his ranting, the talking went on unabated, prompting Cox to yell at the audience to “shut up” because “the loud-ass fucking chatter is drowning me out.” And, after one concert-goer heckled him to stop talking and play a song, Cox responded “Why don’t you come up here and suck my fucking dick?”

It was a bit like watching a car crash continuously for 90 minutes. When the frazzled singer actually got around to playing a song, the results were enjoyable enough. “Walkabout” held up well in stripped-down form, harmonized guitar loops and pulsing swells of ambience replacing the upbeat bounce of the studio cut. “My Halo” was even more bare-bones, its simple strumming and wheezing harmonica sounding closer to Bob Dylan than the electronic atmospherics that Cox is usually known for. Still, it was tough to fully appreciate any of it, due to the tension that hung over the entire evening.

Close to the end of the set, Cox attempted to make peace with the devotees in the front row by playing “Shelia” on request. Still, the sentiment seemed a little empty when he ended the song by croaking, “Justice is coming for you, you fucking cunts.” He wrapped up the set with the title track off the recently-released Logos, after which he regaled the crowd with nearly a minute of facetious thank-yous. It was a fittingly painful end to a nightmare of a set, but I suppose it could have been worse – at least he didn’t play an encore.

7 responses to “Atlas Sound at the Biltmore Cabaret”