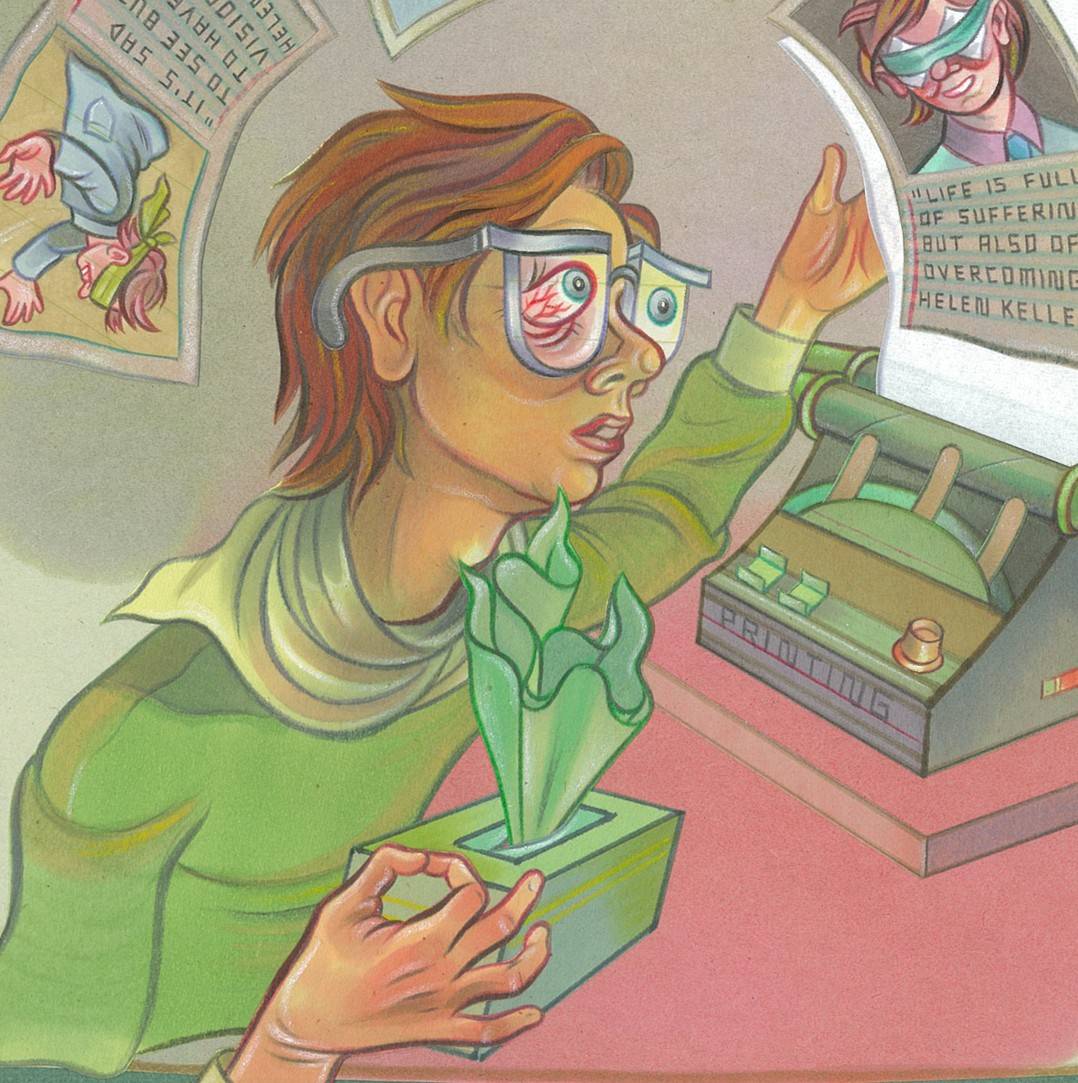 A case in point is the media artist Daniel Barrow’s performance of his piece Every Time I See Your Picture I Cry during the PuSh Festival last Friday, Feb 7, at Performance Works on Granville Island.Â  Situated in the centre of the darkened room behind an antiquated overhead projector, Barrow presented the character of an introspective civil servant, a trash collector who sifts through history, memory, and the details of other lives in order to create something of enduring artistic value for his community.

Barrow’s nameless janitor is an outsider, lonely and out of step with the world. “I rarely see movies on television,” he tells us, “I don’t even own a VCR. I see a movie on its last leg of distribution–late night TV.”Â  His solitude is piercing, especially given his determination to connect. “I want to be able to express the things that people in their daily lives want to express,” he confides, and as mylar snowflakes blanket their world he quietly tells us, “I give a damn.”