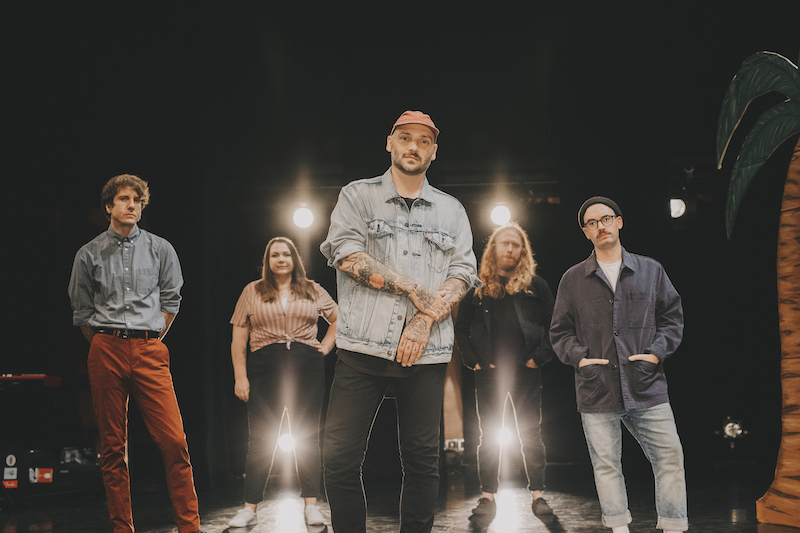 New album release – The Long War, Under a Heavy Sky

“‘Bad Love’ is a song about holding on for too long and finding the strength to let go,” says vocalist Jarrett Lee in a media release. “It’s about the fighting, the fixing and the fear.” Originally from Ottawa, singer/songwriter Lee formed the band in 2016 in Vancouver. The lineup includes Chad Gilmour (guitar/vocals), Jess Lee (keyboards/vocals), Neil Williamson (drums), and Jonny Battistuzzi (bass).

Then, after its formation, The Long War won the 2017 CBC Searchlight Contest. Their song “Breathe In Breathe Out” was listed as one of CBC Music’s Top 100 songs that year. They released their first album, Landscapes, in 2018. The band has been featured on Q with Tom Power and in Canadian Musician Magazine. They’ve toured across Canada, performing at the CBC Music Festival in Toronto, Banff Performance In The Park, the reopening of Ottawa’s National Arts Centre as part of the Canada 150 Celebrations, and Folk Alliance International in Montreal.

Under a Heavy Sky is available now on Spotify, Apple Music/iTunes, and other digital retailers and streaming services worldwide. For more info, visit thelongwarband.com.

And, if you’re wondering about where Lee’s tastes lie, he revealed some of his current Canadian faves in June 2020 to canadianbeats.ca. “Joel Plaskett recently released 44 and it’s an incredibly, ambitious record that I love. I’m a fan of Dan Mangan who is sort of a Vancouver legend and someone who does so much for the music community. Alvvays is great, The Barr Brothers, Leif Vollebekk, Fast Romantics, Tim Baker, Timber Timbre, Matt Mays. Shout out to our pals Winter Youth and Zach Kleisinger, both of which are making some great music.”