Vancouver has lost many great rock clubs over the years—including the Brickyard, the Town Pump, Richard’s on Richards, to name a few.

The city has also lost a lot of great bands—but that’s rock ‘n’ roll. One of these outfits was The Spitfires, an on-the-verge-of-legendary five-piece. From 1996 to the early oughts, the band played the kind of fast and furious no-frills rock that never seems to go completely out of style.

Unfortunately, the group flamed out in 2003. One reason was likely an unfortunate (some might say “self-destructive”) event in 2002 in Toronto. At a showcase gig for Canadian Music Week, singer Jason Solyom shot off a chemical-filled fire extinguisher into the crowd. The macroaggression sent the audience, which apparently included Robbie Robertson, Chad Kroeger, and actor Brittany Murphy, running.

This month, the band adds to its recorded legacy—which includes four full-length LPs and four 7″ singles (and one demo tape)—with Live at the Pic. The 13-track live document of an April 12, 2003 gig was recorded by Vancouver super-producer Howard Redekopp (Tegan and Sara, Mother Mother, New Pornographers) on his mobile recording studio. (And, as far as this writer knows, the only live album recorded at the Pic.)

Along with the album, the band has also released a video for the song “Down On It.” Danny Nowack (Hard Core Logo) and Doug Donut (Death Sentence) took the live footage also at the Pic, once the mainstay of the downtown Vancouver rock scene.

Video—The Spitfires, “Down On It”

And though The Spitfires as a group is no longer, many of its members have gone on to play with other Vancouver bands. Solyom joined stoner rock outfit La Chinga and bassist CC Voltage is part of new wave act Autogramm. And guitarist Jay Millette has continued with the Black Halos, Midnight Towers and his solo project, Silver Receiver. The latter released a song, “A New Brain,” earlier this year. 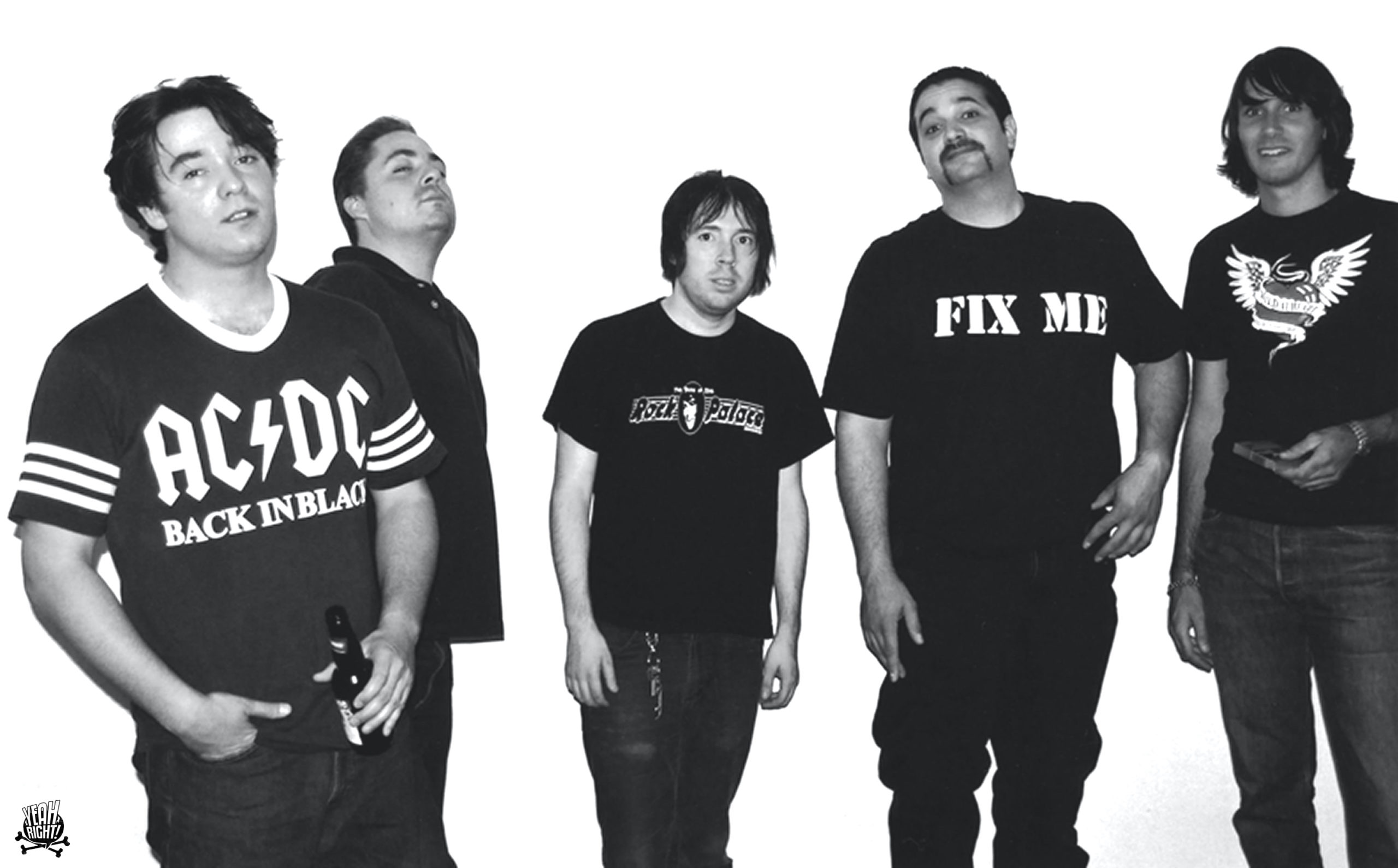 Such nice boys. The Spitfires circa many years ago.

You can hear The Spitfires Live at the Pic at Bandcamp and Spotify. The band is scheduled to open for DOA at the Rickshaw Nov 20.