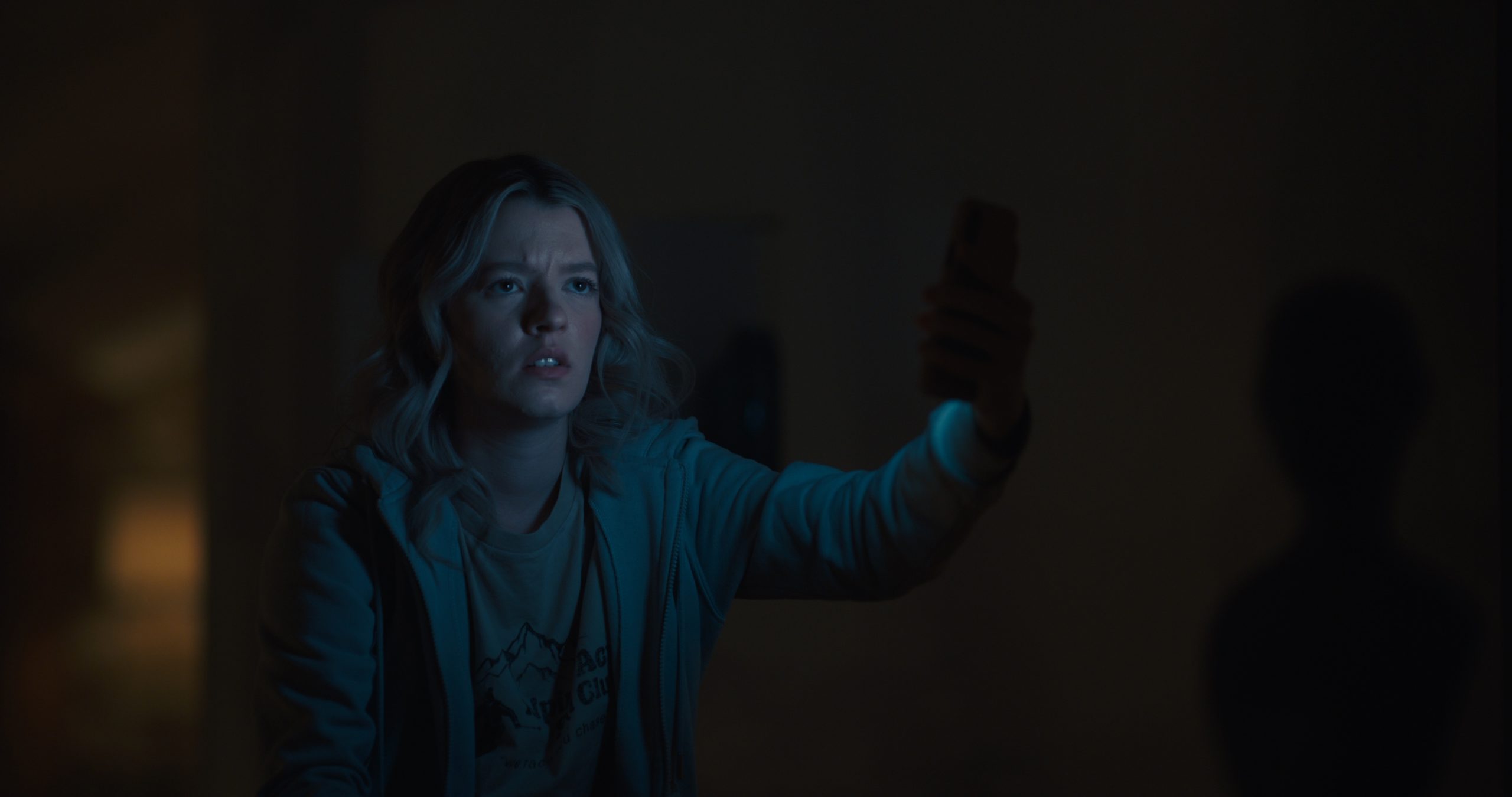 Skyler Davenport stars in See For Me, a thriller screening with the 2021 Vancouver International Film Festival. Courtesy of Wildling Films.

You know you’ve been watching too many movies when you begin thinking in terms of acts. (And no, I’m not writing a screenplay. Yet.)

So, to break down See For Me in film student terms: solid first act, white-knuckle second, and a troublesome third.

The premise is simple and familiar; a young woman alone in a house beset by bad guys. In this case the young woman, Sophie, is visually impaired. If, at this point, you’re thinking “shades of Hush,” then you, sir, madame, or other, are correct.

Sophie (Skyler Davenport, excellent) is also a former skier whose Olympic dreams have been dashed due to her handicap, which is the result of a degenerative disease. To make ends meet, she takes on house-sitting jobs such as her current assignment—looking after Archie the cat in a fabulous, real-estate-porn-ish home somewhere in Ontario. Twenty minutes, as it happens, from the nearest police station.

As another review pointed out, the filmmakers—including director Randall Okita and screenwriters Adam Yorke (an alumnus of the Whistler Film Festival Project lab) and Tommy Gushue—get a lot of mileage out of Kelly acting as long-distance eyes for Sophie. There’s more to it, and though veteran thriller viewers may see a twist or two coming, the performances by the two leads and a solid script sell the movie. I especially liked Jessica Parker-Kennedy as Kelly, a guide who works for an app that offers vocal assistance to the visually impaired. She absolutely nails her character’s most revealing line: “I’ve done worse.” 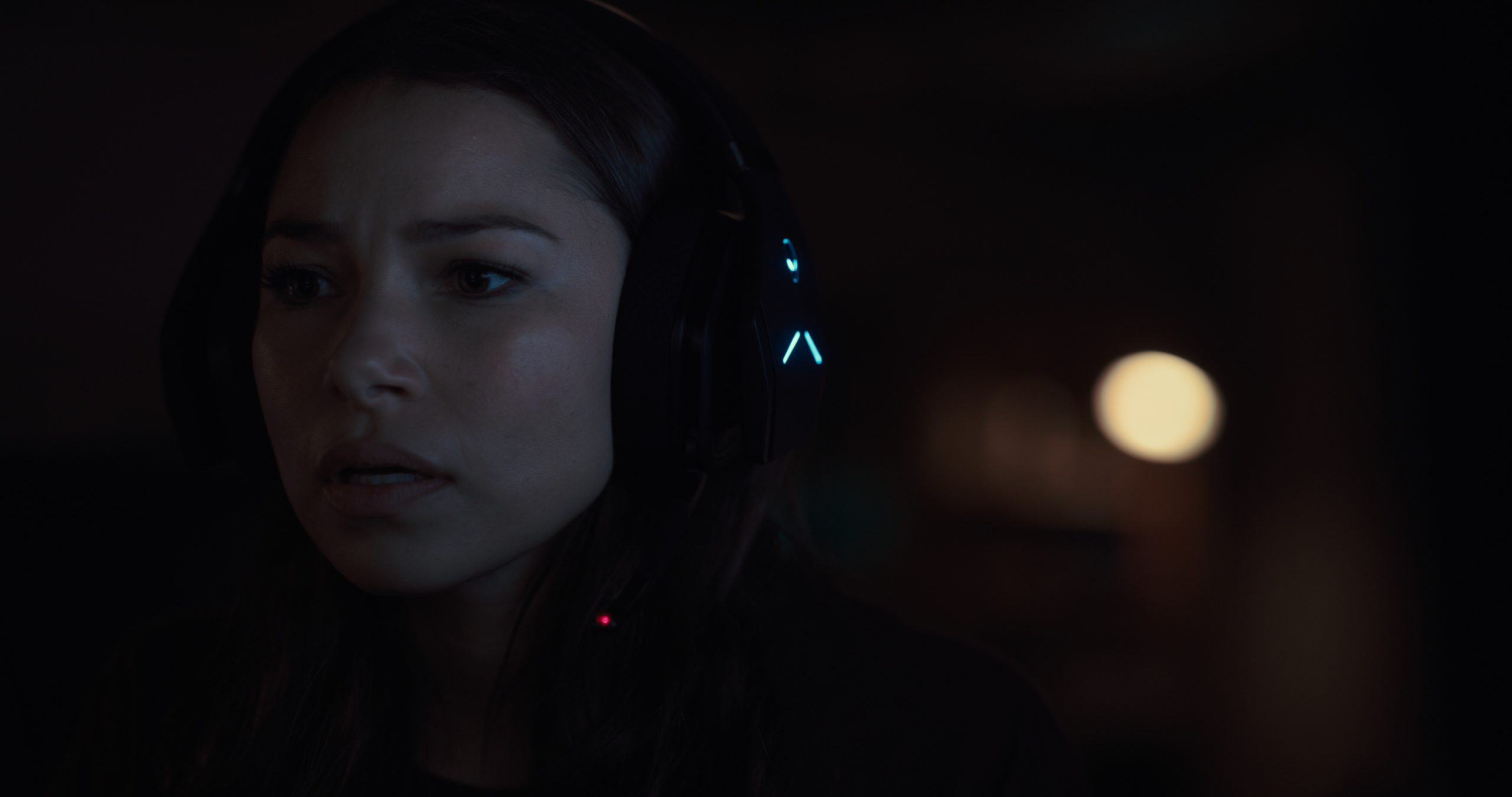 Jessica Parker-Kennedy nails her role as Kelly, a guide who works for an app that offers vocal assistance to the visually impaired.

You want it darker?

Where the movie didn’t quite work for this viewer was in the home stretch. It’s problematic (possible spoiler alert!) when the protagonist becomes less sympathetic than the bad guys. But good for everyone involved for taking that chance.

There’s also the matter of the film’s dark-o-vision aesthetic. Granted, most of the action takes place at night, and in a dimly lit house. But this was the second movie I watched this week where, for substantial stretches, I could barely make out what was going on. (The other was Tin Can, another Canadian movie, this one streaming as part of VIFF’s Altered States series.) It could be down to my state-of-the-art-circa-2015 tech, or it might be  because just about every filmmaker these days seems to prefer a washed-out palette of blues, greys and blacks. As Leonard Cohen said, “You want it darker.” Well, you’ve got it. Thanks, ’90s. A final quibble: Archie is completely absent following the set-up.

Anyway. See For Me does pretty much exactly what it sets out to do, with a few bonus tracks, as they say. Keep an eye out for it.

See For Me is streaming for $10 with the Vancouver International Film Festival until Oct. 11.