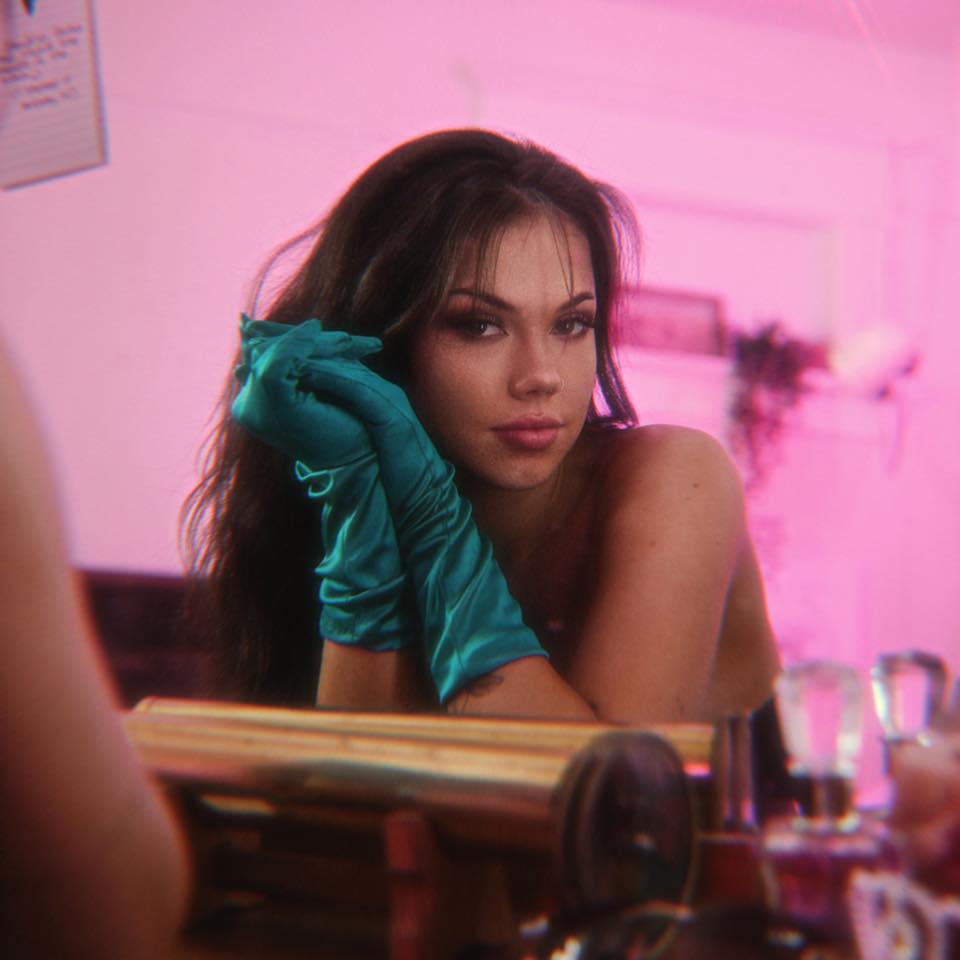 Rising young pop starlet Madisyn Gifford has just released a breakup song. It’s called “Bare Minimum,” and comes with a video you can watch below. There is drama, as she freely admits.

In a media release, the 20-year-old states that the video “is such a fun one that documents the feelings of bitterness that often come fresh after a breakup. Not only am I cutting up my fictional exes hoodies and smashing the flowers he finally got me all over the floor, but also showing feelings of resentment towards love in general while having Barbie slap Ken across the face/stomp on his head etc. The video wraps up with the sentiment of how I asked for the ‘bare minimum’ when showing a canvas I painted that says ‘I just wanted flowers’ on it. I think the music video is extremely overdramatic, very funny, and so so fun to watch. It”s probably the video I’m the most proud of and also the one that I have been the most excited to finally share!”

Gifford has released five singles and, in May, a seven-song EP entitled Learning to Exist! She is signed to Vancouver label 604 Records.

Previous tracks like “Without You” have accumulated over 167K Spotify streams and over 615K Youtube views. Her music has started appearing on Spotify playlists such as It’s a Bop and Indie Pop & Chill. Her sophomore single “Voulez Vous” accumulated nearly 200K views on the official video in its first two weeks.

In a 2020 interview with Canadian Beats, the singer cites Sarah Mclachlan as an influence. “Her”s was the first concert I ever went to and I used to fall asleep to a burned CD of all my favourite songs of hers every night as a kid. I remember being around six or seven and watching her on stage just thinking, ‘Wow, I wanna do that someday.’ Other big influences and inspirations for me include Stevie Nicks, Ani Difranco, Taylor Swift, Gregory Alan Isakov, Ben Howard, and Norah Jones.”