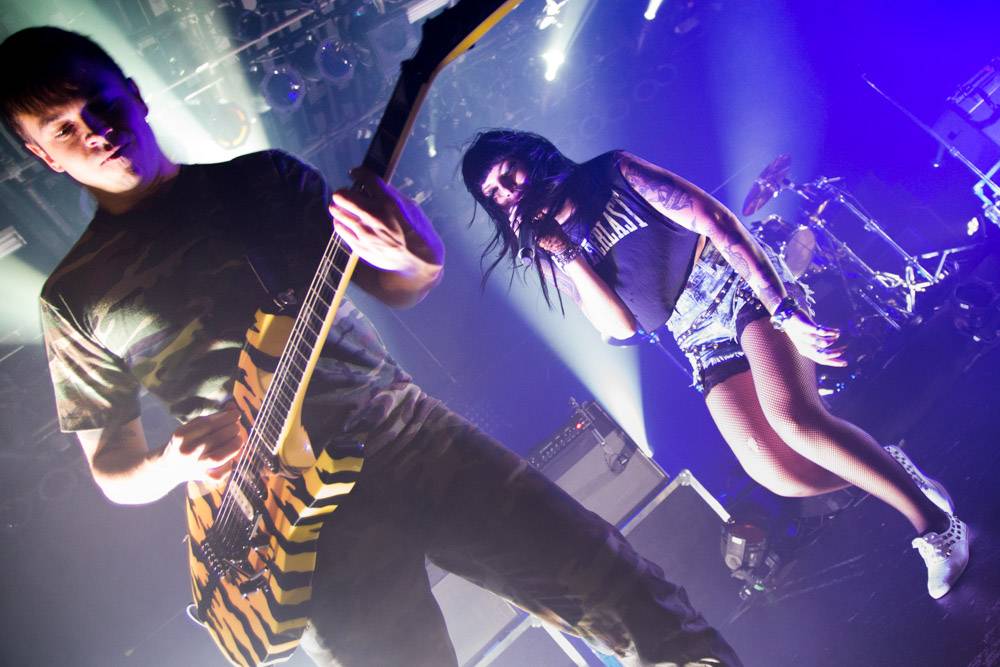 Live Nation has just announced an upcoming Sleigh Bells concert in Vancouver. The show is scheduled for Oct 27 2021. Tickets go on sale this Friday, June 25, at 10 a.m. PST at livenation.com and ticketmaster.ca. Tickets are $30-$35 plus service charges. You can register for pre-sale tickets at tornclean.com.

The tour begins Oct 5 in Raleigh, North Carolina. It was originally scheduled for 2020, to celebrate the 10th anniversary of the band’s debut album, Treats. Subsequent releases include Reign of Terror (2012), Bitter Rivals (2013), and Jessica Rabbit (2016). Their most recent release is the seven-track 2017 EP Kid Kruschev.

Vocalist Alexis Krauss and guitarist Derek Edward Miller formed the band in Brooklyn in 2008. They released their debut album, Treats, in 2010.

The scheduled opener is Kills Birds.

Concert review and photos—Sleigh Bells at the Commodore Ballroom, Oct 10 2013