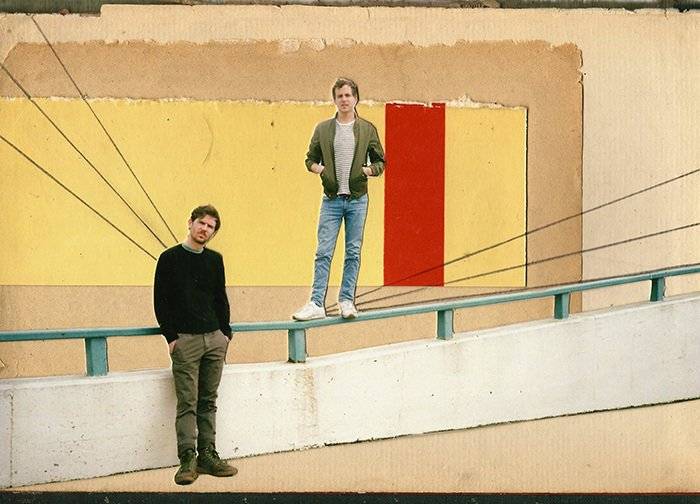 Ten years after the release of their first album, Con Law, New Orleans’ Generationals, released their fifth album, Reader as Detective this summer. The duo, consisting of Grand Widmer and Ted Joyner, are currently mid-way through their North American tour which stops in Vancouver tonight.

The Snipe caught up with Widmer via email to find out what inspired their new album and what fans can expect from a tour that he notes is “the best tour they’ve ever done”.

Julie Rankin: Do you have any favourite destinations or highlights from the tour so far?

Grant Widmer: We’re pretty much sticking to the hits on this run so they all feel like highlights. It’s like looking at a page in a book where every page is dog-eared. When everything feels like a highlight, at some point you just go, damn, I guess this is just a good book.

JR: Have you noticed any differences between playing in Canada versus the USA?

GW: Montreal feels like a very distinct place with its own distinct culture, in the way that New Orleans feels like its own place. I love Vancouver also but I haven’t spent enough time to really tease out the differences. I would love to though. I’m going to come back on my own time and get to know it.

GW: When the tour is going well, it’s pretty euphoric. I’ve been on tours where that was not the case, and it can go sideways pretty quick, but when the shows are going well, all the gripes go away and it feels like a close family. It’s the best.

JR: How did you two meet?

GW: Ms. Greco’s Biology I class in 9th grade. I failed at least one semester of it and I don’t think he did much better but we ended up being buds.

JR: What do you like most about making music with each other?

GW: That we have built up a kind of language over the years that feels effortless and it’s just really nice to not have to explain yourself. I know he knows what I’m saying.

JR: What do you like least about touring together?

GW: Nothing specific about touring together with Ted, just a general weariness that creeps in when you tour in vans. It’s just inevitable, it takes a physical toll, but luckily we are aging backwards so it shouldn’t be an issue for much longer.

JR: It’s been ten years since you released your first album as Generationals, how has your music changed in that time?

GW: The obvious thing to me is just more confidence. We know what we want to do and we know how to do it, which was not always true in the early days.

JR: You released a lot of singles over the last few years, what inspired you to release another full album?

GW: Just trying to agitate ourselves, in the chemistry sense. We really want to avoid falling into auto-pilot, into a brainless rinse-repeat cycle where we’re not really pushing ourselves to get better. The singles idea came about as a way to rewire the circuitry of how we write, focusing on one song at a time until it’s done. And I think it worked and it was very healthy for us to agitate ourselves that way. And once we got comfortable in that mode, going back to writing an entire album felt like the right way to agitate ourselves again in the other direction. The hope being that we’re improving and stretching different muscles that accrue over time to make us better at writing and videos and just making our ideas into real things.

We feel like the songs have a superficial appeal that people can get into in a casual way, and that’s fine, but there’s also more in there for people who want to get their hands dirty and spend some time with it.

JR: What’s the story behind the album name, Reader as Detective?

GW: It was the title of a compilation of detective stories that I read as a kid. Just always loved that title. We like the idea of leaving a door open for the listener to be a participant. We feel like the songs have a superficial appeal that people can get into in a casual way, and that’s fine, but there’s also more in there for people who want to get their hands dirty and spend some time with it. That was also the concept behind the artwork, which points in that direction. It’s a metaphorical keyhole that you can look into and get a window into a deeper conversation.

JR: What’s the last book you read? What was your favourite part?

GW: No Is Not Enough by a great Canadian, Naomi Klein. She brings up so many dire situations in the world today, specifically issues around the climate, and how the old “safe” political playbook is just not going to cut it in this context. There’s a particularly grim section about the death of the Great Barrier Reef. Not the kind of book with favourite parts, but nevertheless a really powerful voice of moral clarity in a world that desperately needs it. I’m such a fan of her.

JR: You’re described as ‘students of an analog school actualized in a digital medium’, how has the digital landscape impacted your career?

GW: The thing that comes to mind for me is just how easy it is to share ideas over email. That alone has made it possible for us to collaborate when we’re nowhere near each other. Also I’ve learned a lot over the years about how to use software to make music. There are things that you can do in the digital world that just would not be possible in an analog-only setup. As long as you know when to say when, and move those elements back into the analog world at some point, it’s an amazing tool.

JR: How would you describe a typical Generationals show on this tour? What can fans expect?

GW: This is the platonic ideal of what a Generationals show can be, at least without a lot more people. It feels like the culmination of a multi-year project to build the best possible concert for these songs, and it feels like we pulled it off. And Zach Sternberg designed the lights, so the visual part of it is top shelf, the best it’s ever been. We’re at the top of our game and I’m walking into every venue very confident that we’re going to impress people, we are going to make them love this show. And if I’m delusional and overconfident and that doesn’t happen, I hope I never find out because it’s too much fun living in the delusion for now.