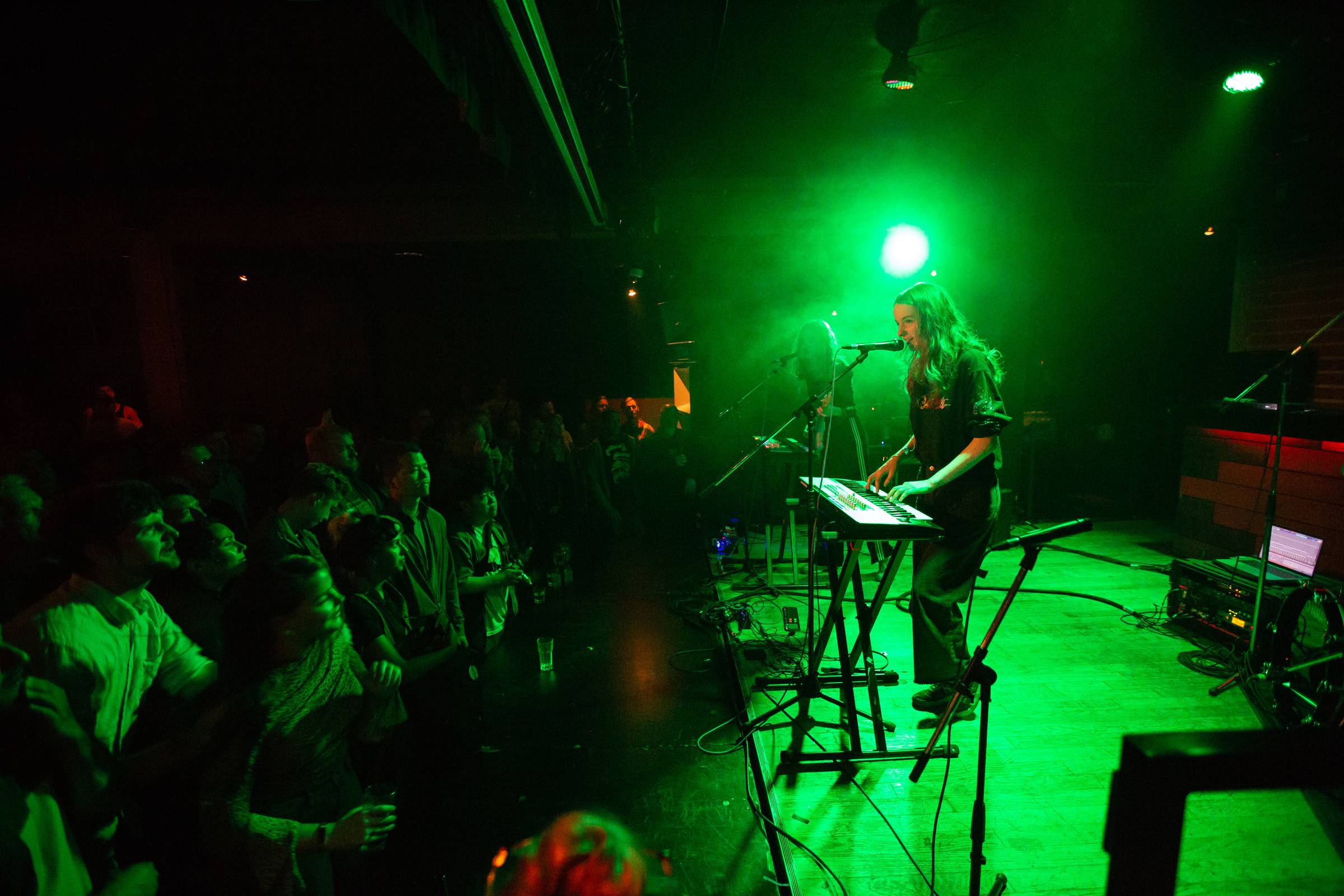 It isn’t immediately obvious, but the duo prides itself on creating weird music. Their band recalls the sounds of Joanna Newsom, SOPHIE, and Grimes, infusing childlike vocals with darker synth tones. This was most evident during their performance of “Donnie Darko”. Named after the quintessential (if clichÃ©d) cult movie about teen angst, the 12-minute long epic made the most of the duo’s flair for the dramatic. With an overt wink, Hollingworth brought out a plastic recorder and played some muted notes. Walton added her own twist by incorporating some jagged guitar noises. At the start of the number, the girls lay down perfectly still on the floor. But by the energetic climax, Hollingworth jumped from the stage and ran through the audience with arms in the air.