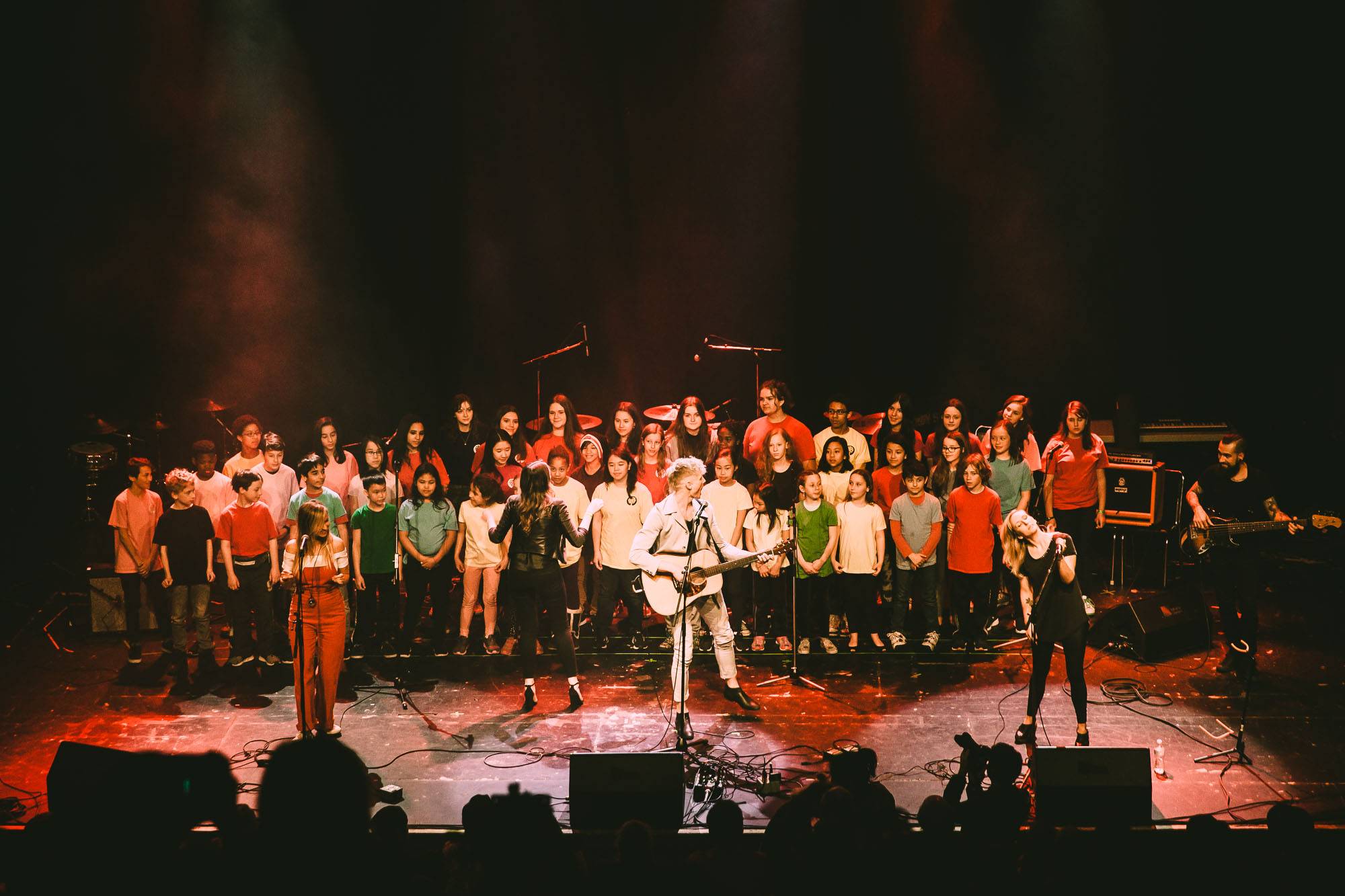 On Wednesday we had the incredible opportunity of covering the #SingItFwd: Juno’s 2018 edition at the Vogue Theatre. This was a special event to help kick off Juno’s week here in Vancouver, and bring an incredible amount of talent together to help raise funds for the St. James Music Academy in the DTES. Put on by locals Hey Ocean, the night brought 8 Vancouver and Canadian bands on stage, along with the kids of SJMA.

The night kicked off with the chewed bubblegum pop sound of Peach Pit, who had arrived back in Vancouver just two days earlier after touring globally for two months. Louise Burns followed up with her soft and relaxing voice, as well as some great banter to try and fill the silence as she tuned her guitar.

Between every couple of artists, we would be played a pre-recorded video of a Canadian artist singing with kids from SJMA, as well as live instrumental performances from the kids as well. These included the Junior Violins and Jazz Band.

As the night went on every single artist gave everyone in the sold-out venue an amazing show. The Zolas and Said The Whale played stripped down versions of their songs, Leif Vollebekk stunned the crowd with his incredible musical talent, and several of the artists, including Khari McClelland, Dawn Pemberton, Mother Mother brought out the choir from SJMA to sing with them to produce some incredible moments.

Hey Ocean closed out the night to the roars of a crowd that hadn’t lost any energy over the night. They played three songs, before bringing out every band, artist, and student from SJMA that had been on stage throughout the evening to pay tribute to Gord Downey with an amazing and moving cover of Ahead By A Century.

While we don’t know yet how much money was raised for the St. James Music Academy, anyone who attended will be sure to say that it was an incredibly successful and moving night. Such an incredible way to start Junos week off!