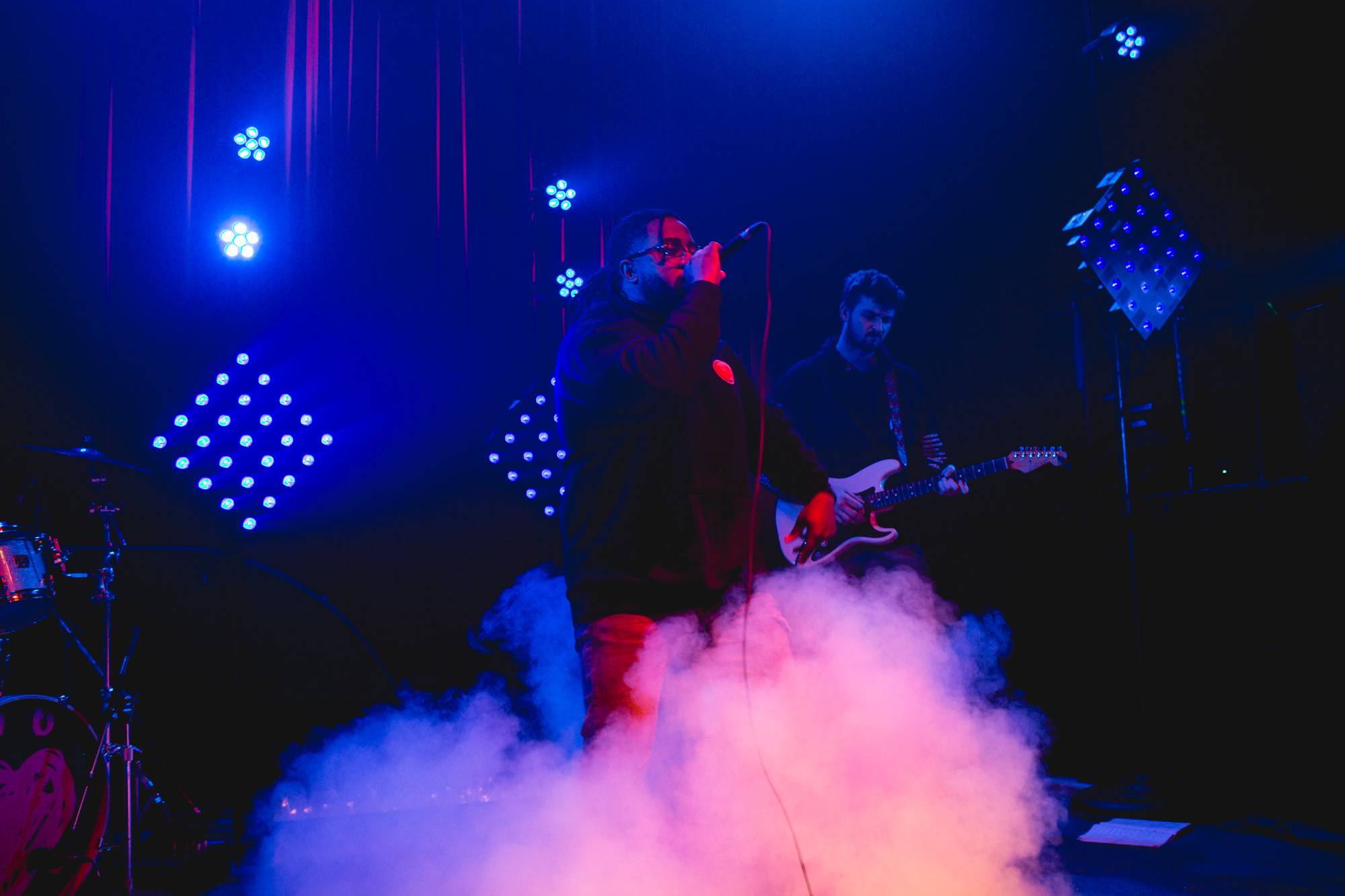 Xavier OmÃ¤r at the Fox Cabaret, Vancouver. His most recent release is Pink Lightning.

OmÃ¤r is a San Antonio-based soul/R ‘n’ B singer. He was formerly known as SPZRKT (pronounced “Spazzy Rocket”). The vocalist began his solo singing career in 2012. In 2015, SPZRKT and Seattle-based producer Sango delivered an EP together, Hours Spent Loving You.

OmÃ¤r has been compared to Miguel, Leon Bridges, and John Legend.