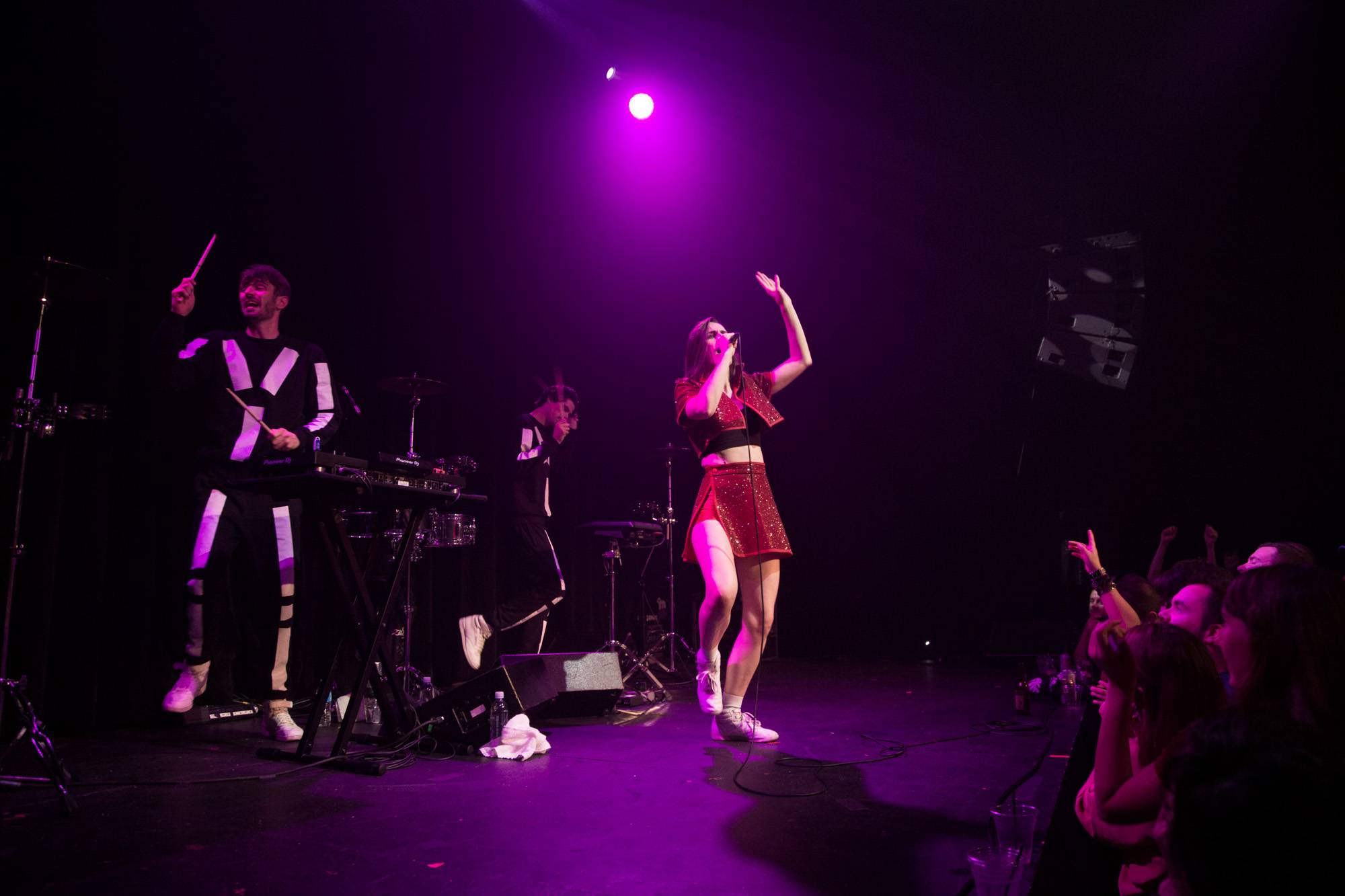 “Good evening, Vancouver! Are you ready for the Yelle Club Party?”

You’d be forgiven if you didn’t know the name of French act Yelle before front woman Julie Budet posed said question to The Imperial on Monday night. Composed of Budet and producer GrandMarnier (Jean-FranÃ§ois Perrier), the duo were joined by a third touring member, standing in for former collaborator Tepr (Tanguy Destable). Yelle are three albums deep into their discography (2007’s Pop Up; 2011’s Safari Disco Club; and 2014’s release ComplÃ¨tement fou, with singles released as recently as September of this year, teasing a potential 4th LP to come). That they’re playing the modest capacity Imperial belies the group’s polished live act, Yelle having previously performed on the scale of sold-out stadiums while opening for Katy Perry in 2011.

Taking the stage in a sequinned, red two-piece, with angular cuts, stiff collar, and provocative lines, Budet’s choreographed control evoked St. Vincent, while the beat played closer to Hot Chip. Opener “Ici & Maintenant (Here & Now)”, released as a single in December of 2016, only teased the energy to come.

In every pocket of the audience there was a clear initial distinction of those in the know, and those brought along for the show. That distinction lessened with every track played. My newly befriended dance partners for opener wmnstudies had travelled up from Washington State to experience Yelle live for the 17th(!) time over. Outfitted in matching attire, Nadia and Angela told me that they “follow [Yelle] for three shows on every [North American] tour.” The duo were admittedly confused by the minimalist stage set-up of three splash cymbals, synth, drum pad, and standing percussion. “It’s different since Tanguy left,” sighed Angela.

If those two were disappointed in the change, you wouldn’t have known it from their fervent dancing. 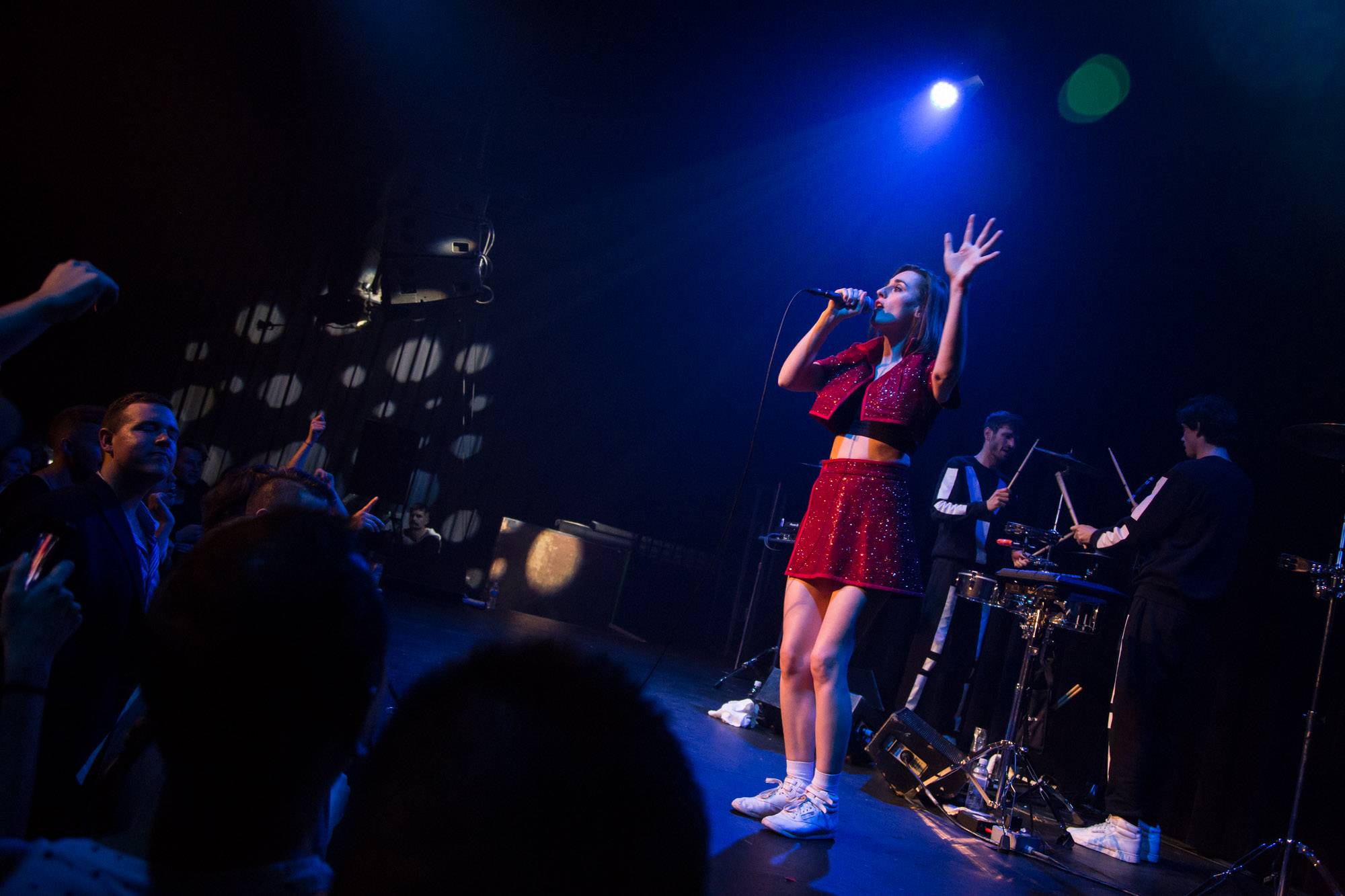 “Okay Vancouver: do you know how to roll your hips?”, asked Budet mid-set. “Don’t be shy. We are all rolling our hips together,” she teased, before dropping “Ba$$in”, the second track from 2011’s ComplÃ¨tement fou. Budet’s playful promiscuity held sway over the audience, as her hips circled from side to side the whole set, inviting everyone to let loose.

ComplÃ¨tement fou’s title track, which opens that album, was a set highlight, calling back to peak Kylie Minogue. GrandMarnier drew out an extended key intro, providing a rare moment for Budet to catch her breath, before bouncing back into form and demanding more from the enamoured audience. 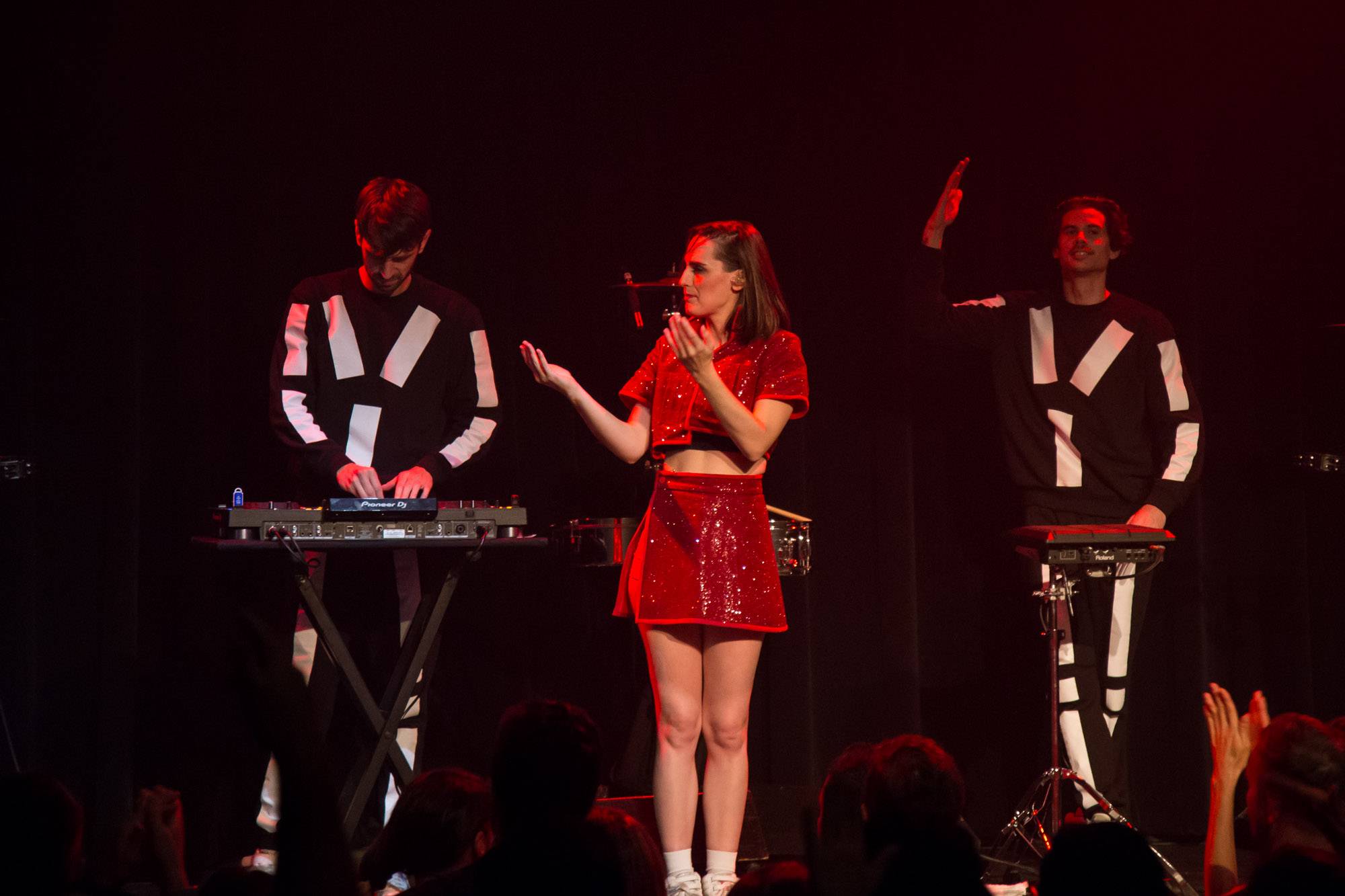 Bookending the set with new material, Yelle concluded with a two-song encore of 2017’s “Interpassion” and new single “Romeo”, the latter eliciting a huge response and sing-along from the sweaty masses. The lights fell to a cool blue, “Romeo” not commanding the floor with the same aggressive bass as earlier hit “A Cause Des Garcons”, but the energy swelled as the crowd pumped and flailed with unwavering appreciation of Budet’s tireless movement.