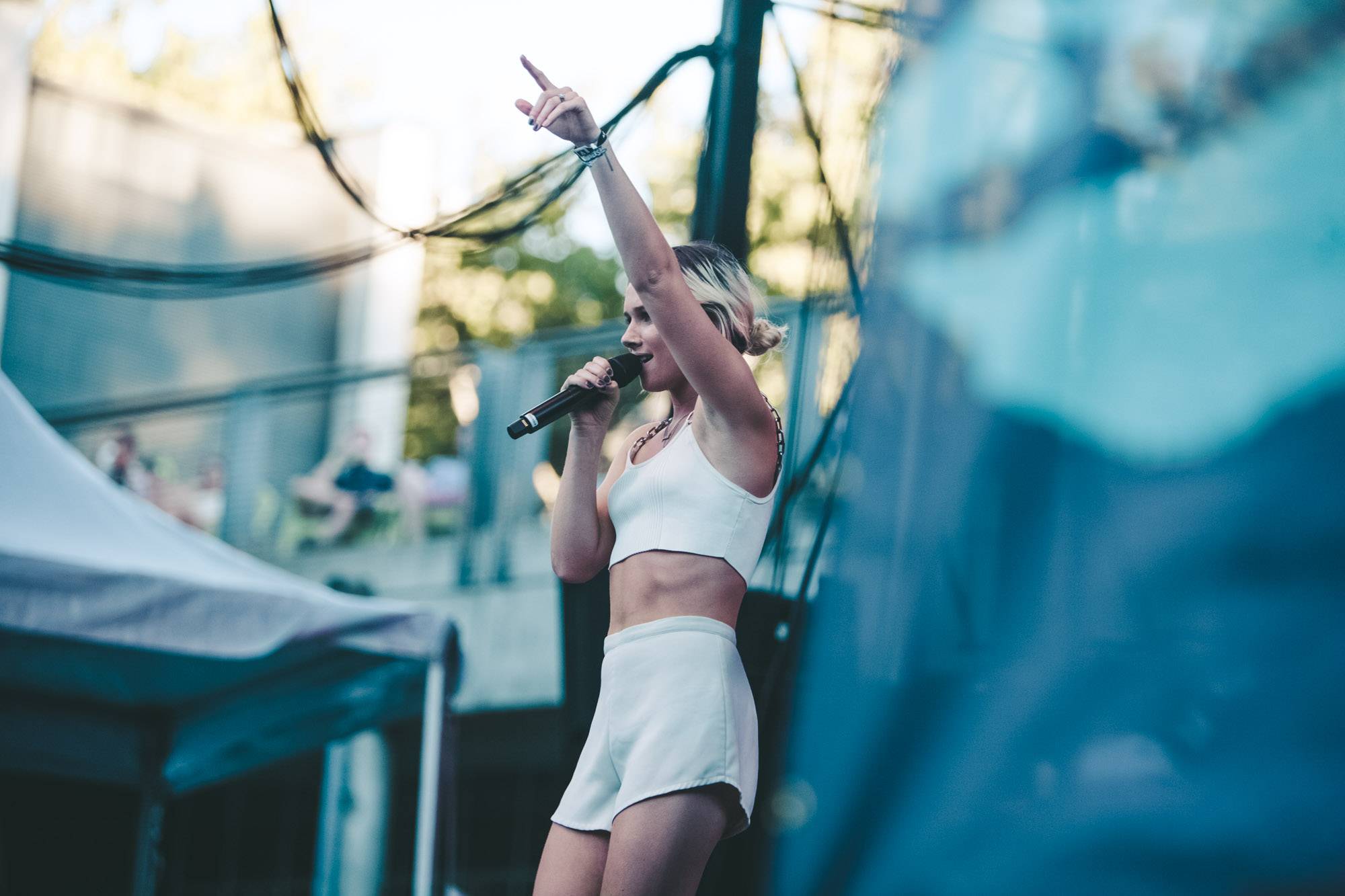 Photos–Broods at the Vogue Theatre, Vancouver, 2016

The Notts formed the outfit in early 2013, following a stint with indie-rock band The Peasants. An early single “Bridges” went to No. 8 on the New Zealand single chart. They released their self-titled dÃ©but EP in early 2014. A full-length album, Evergreen, followed later that year.