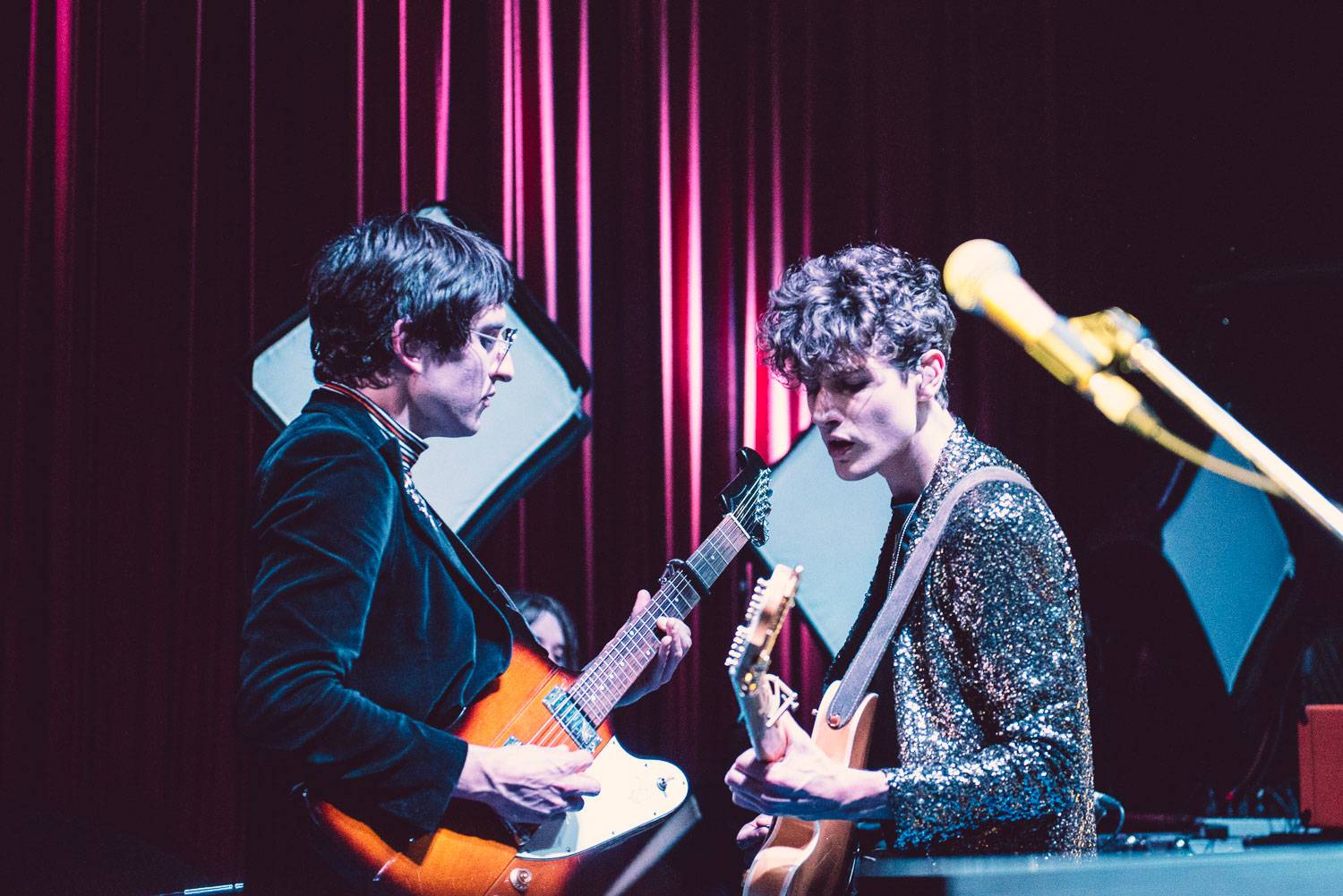 Temples on tour for their second album Volcano. Earlier this year, they also released a single, “Henry’s Cake“.

They released their debut album, Sun Structures, in 2014.