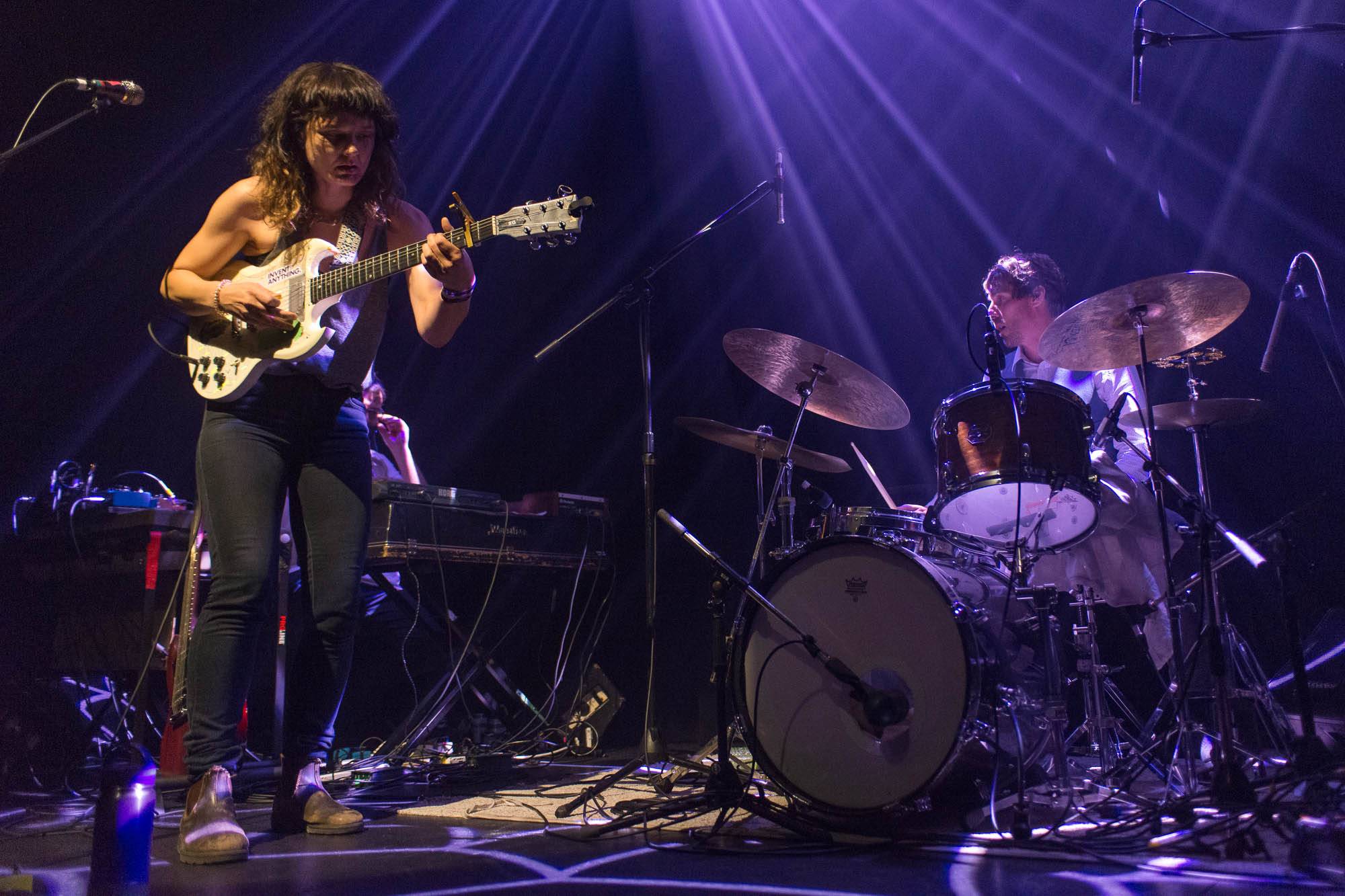 Photos – Land of Talk at the Imperial Theatre, Vancouver, June 26 2017

Land of Talk at the Imperial, as part of the 2017 Vancouver International Jazz Festival.

Singer/guitarist Elizabeth Powell formed the band with Chris McCarron and Mark Wheaton after meeting them in the jazz program at Concordia University. The trio released an EP, Applause Cheer Boo Hiss, in 2006. The following year, Eric Thibodeau replaced Wheaton on drums. The new lineup released a full-length, Some Are Lakes, in 2008. They followed up with an EP, then in 2010 a second full-length Cloak and Cipher.

The third Land of Talk album, Life After Youth, appeared earlier this year.

According to cbc.ca, “In recent years, a number of personal obstacles–ranging from parting with bandmembers to losing music on her hard drive, to the ill health of her father–have either prevented a return or understandably taken precedence in Powell’s life.” According to cultmontreal.com, Powell returned to her hometown of Orillia, Ontario, where she painted and worked in a bakery.