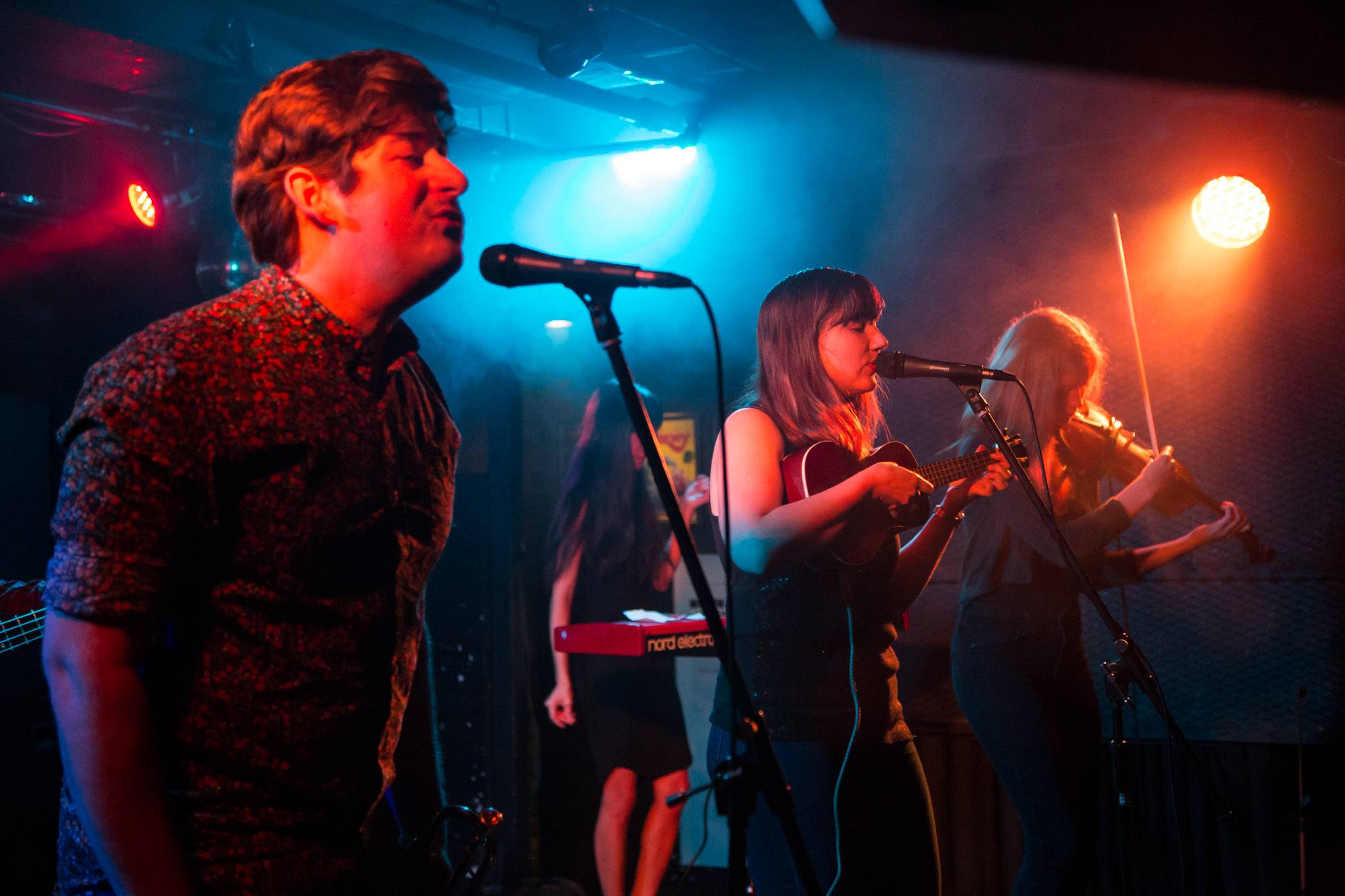 The Ruffled Feathers Thursday night at the Biltmore Cabaret. The Vancouver band played with fellow locals Red Haven and Cozy.

According to the groupÂ bio, “The Ruffled Feathers are known for their combination of haunting female vocals, carefully crafted harmonies, multi-instrumentation, and brazen horns.”

Photos – The Ruffled Feathers at the Biltmore Cabaret Aug 23 2014

Bands with Cats – The Ruffled Feathers

The Ruffled FeathersÂ recorded and released their first EP Lost Cities in 2010. Their follow-up full-length release Oracles in 2012 included the single “Blueprints for Our Failed Revolution”.

In 2014 the band released another EP, Bottom of the Blue. It “illustrates the band’s pop interpretation of musical genres from the classical era, the 40’s, 80’s, and modern times.”