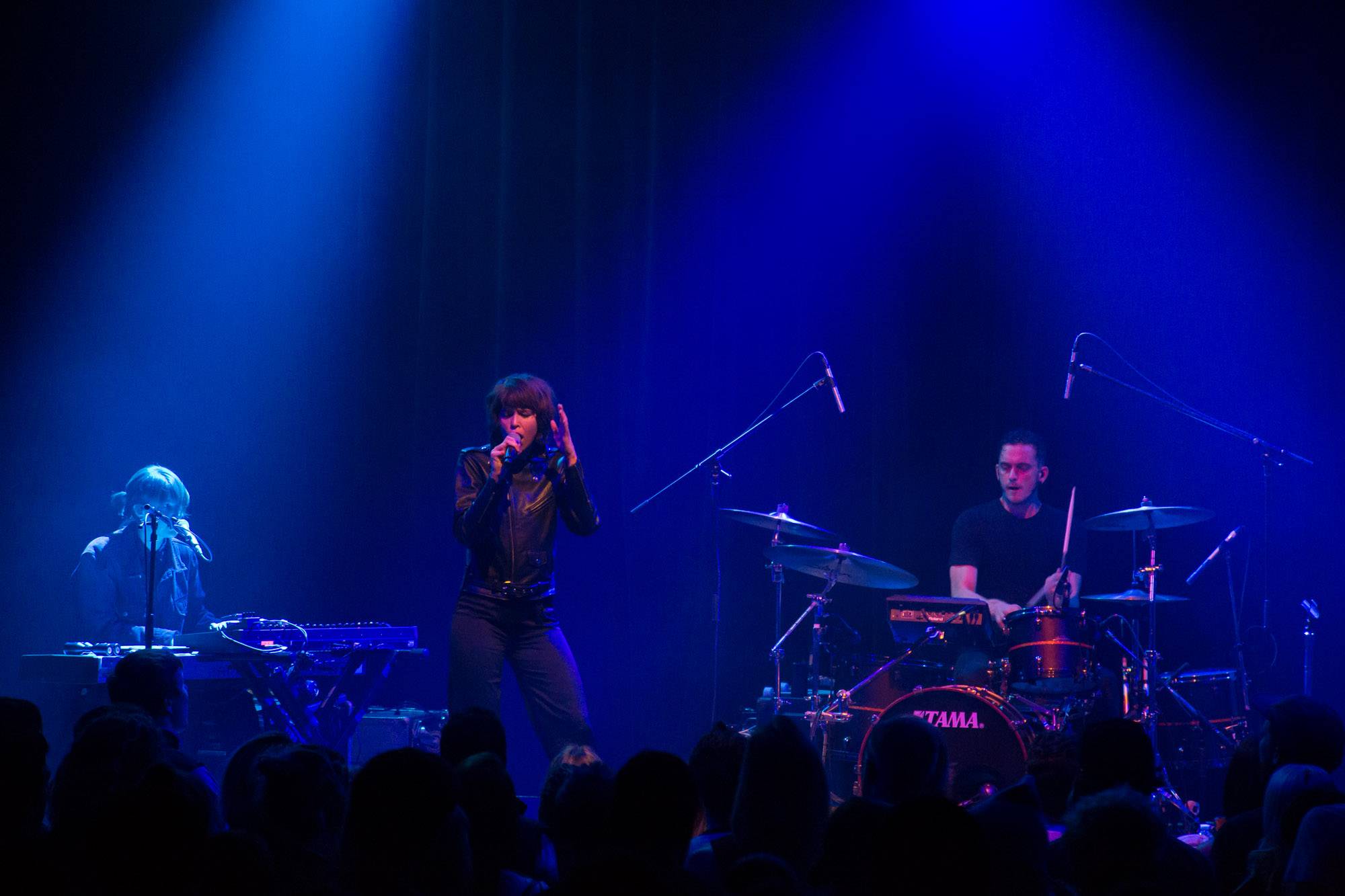 The Jezabels at the Imperial in Vancouver. The show marked the Australian band’s second visit to the Imperial, after playing theÂ venue in 2014 in support of their second album, The Brink. Sunday night’s concert was part of a tour for the group’sÂ latest album, Synthia. The tour began in Los Angeles on Nov. 9 and wraps up in Nashville Dec. 7.

Synthia is the third album from the band. Rolling Stone called the album, which the quartetÂ recorded in Sydney with producer/engineer Lachlan Mitchell, “…a strong return to form. It’s a dark, even menacing, record at times.” Mitchell also produced the group’s initial EPs, issued in 2009/10 and including The Man Is Dead, She’s So Hard, and Dark Storm.